Facebook Twitter LinkedIn Tumblr Pinterest Reddit VKontakte Odnoklassniki Pocket
Steep curve, high-speed straight, narrow infield – in Germany there is only such a racetrack in southern Niederlausitz! The fourth (of seven) race weekend of the ADAC GT Masters will take place at the 3.478 km long Lausitzring from September 10th to 12th. Also means: The half-time champion is chosen.

In the series, which fans like to call the “League of Super Sports Cars”, this year it is for the first time the official title of the German GT Championship. The race for championship is completely open. The top six in the overall standings are just 15 points apart. Not that much, because a maximum of 56 points can be collected on each race weekend.

Bayer Michael Ammermüller and his French team-mate, Porsche works driver Mathieu Jaminet, travel to Lausitz as championship leaders. The two-time season winners share the cockpit in the Porsche 911 GT3 R of the SSR Performance team, but are only partially optimistic about the two races at the Lausitzring. “We’re definitely not among the favorites there. We will still do everything we can to defend our top position and collect important points, ”Ammermüller told AUTO BILD.

The closest pursuers are Maximilian Buhk / Raffaele Marciello in the Mercedes AMG GT3 of Mann-Filter Team Landgraf and the Audi duo Ricardo Feller and Christopher Mies (Land-Motorsport /). “Our Audi R8 LMS should be a good fit for this track. Optimal tire management is crucial for success in the largely slow corners. Our goal is two top five placements, ”explains the 21-year-old Swiss Feller.
Lamborghini has been without a victory in the ADAC GT Masters for two years. Mirko Bortolotti / Albert Costa Balboa, fourth in the table, want to change that in the Huracán GT3 Evo (GRT Grasser Racing Team). Jeffrey Schmidt and Marvin Kirchhöfer (Callaway Competition) with the only Corvette C7 GT3-R are only 14 points behind the front. Nick Yelloly and Jesse Krohn complete the brand sextet at the top of the table. The British-Finnish duo made it onto the podium at every race weekend this season in the BMWS M6 run by the Schubert Motorsport team.

For the first time since 2019, fans have access to the paddock, the pitwalk and the autograph session. The two races will be broadcast live on NITRO on free TV on Saturday from 4 p.m. and on Sunday from 12 noon and in a live stream on adac.de/motorsport.

The ADAC TCR Germany will again be part of the supporting program at the Lausitzring. With real weeks of full throttle, the spectacular touring car series is now going in quick succession. Three events within the next four weekends promise a lot of action. At the head of the field, after two racing weekends so far, an exciting three-way battle for the title with vehicles from three different brands has developed.

With two race wins at the season opener in Oschersleben, a second and a third place and 118 championship points, Hyundai i30 N TCR driver Luca Engstler leads the table. Second place with 99 points goes to the Italian Eric Scalvini (Wimmer Werk Motorsport) in the Cupra Leon Competición TCR, ahead of Dominik Fugel (Honda ADAC Sachsen) from Saxony, who has so far scored 94 points in his Honda Civic TCR.

For Engstler it will be the first races in the Hyundai i30 N TCR at the Lausitzring. He only knows the track from his time in ADAC Formula 4. “But I used the simulator to prepare for the weekend and studied a lot of data and videos. The Lausitzring should suit the Hyundai very well. My goal is therefore clear: I want to further increase my points lead. But no matter what the signs are, I always aim for victory, ”the man from Allgäu sends a declaration of war to his competitors.

Tips for online banking with VirtualBox

Off to the tent: the best camping apps

Formula 1 in Monza – Ricciardo: “Make up for all those shitty days” 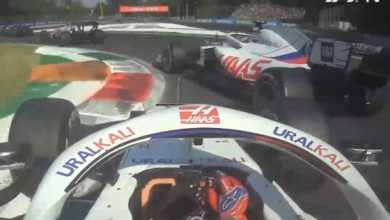