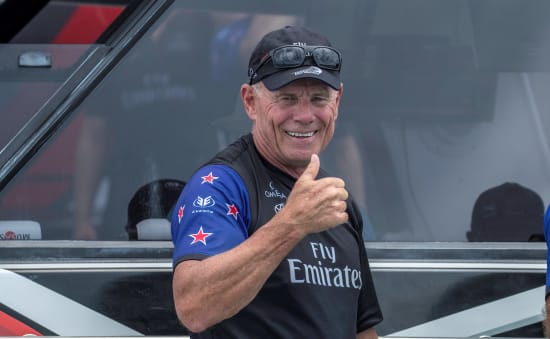 Our bardic minstrel composes an Ode for Grant Dalton

The Imperial Delegation marches up the gangway
to the bridge of the pirate raider.
“Lo,” proclaims their haughty leader,
“I am the Official Emissary of the Red Empress,
Queen of Kindness, Mandator Extraordinaire,
betrothed by Mysterious Count Gayfforde,
happy house DJ with the most Phat Beatz,
and High Maven of the Known Cosmos.
And who be you, my fellow?”
The fellow replies,
“I be Emir Dalton, captain of this ship.”
The emissaries collapse as one
onto the deck, and prostrate themselves,
and grovel most obsequiously.
“O Great One,” proffers the Head Toady,
“Will you accept this small token
of our most sincere appreciation?”
A troupe of shaved Nubians step forward
with a vast chest of golden groats,
that spills and twinkles on the deck.
Emir Dalton sighs, and looks away
in embarrassment at this meagre harvest.
The Head Toady starts to sweat.
“Can we offer you the keys
to the Kingdom in the North?”, he quavers.
“More!” shouts the Head Toady to his retainers.
“Bring tribute! Bring sacrifices! More!”
Another group of navvies hasten up
carrying worn teddy bears and Weetbix
snatched from the tables of South Auckland.
Emir Dalton sighs again.
“I understand the Empress has other priorities,”
he says, finally; and orders the emissaries
to be thrown into the harbour.
Then the Good Ship Emirates Imperial Tobacco
Fonterra McDonalds ANZ Meta Google Tesla
Newstalk ZB Bitcoin Z Energy New Zealand
unfurls its sails and heads out into the Gulf,
with its proud figurehead Lady Kate of Hawkesby
pointing the way to Barcelona;
and in the wake of the pirate ship,
a small red sock swirls unnoticed,
down into the cold deep blue.

Porsche Macan T: a letter makes the base more attractive

Hyundai i30 N: Tuner Klasen has fully exploited the potential!