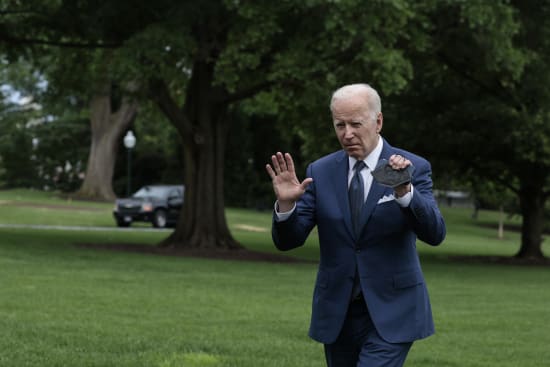 Jacinda Ardern has secured a White House visit with US President Joe Biden. The eleventh-hour program change will extend the Prime Minister’s time in the US by a few days, writes political editor Jo Moir.

The Prime Minister has pulled off a meeting with the US President after both countries negotiated a way for the pair to meet that fell within the White House Covid protocols.

It will be next Wednesday, NZT, meaning Jacinda Ardern will remain away from New Zealand for four more days than originally planned, returning to Wellington late next week.

Through days of regular media interviews here in the United States, Ardern has had to say that nothing was locked in while officials worked away in the background.

There has always been a will from both sides to meet but Ardern’s recent positive Covid result threw a spanner in the works – the White House has strict rules for entering the precinct in the weeks after having Covid.

It would have been a missed opportunity, and politically a bad look, if Ardern had visited the US and not managed to meet face-to-face with Biden, especially when he is increasingly looking to the Indo-Pacific for closer ties.

Biden was on his first trip to Asia earlier this week and Newsroom understands the plan was to announce the visit on his return.

But the day he arrived back in the US, news broke of the Texas elementary school massacre where at least 19 children and two adults were killed.

That took the full attention of the White House and pushed out the announcement.

Ardern has already spent a day in Washington DC at the Capitol, meeting Senators and members of the House, where she was well received and in high demand to discuss New Zealand’s gun law reform.

It has significantly changed the conversations while in the US, which had been expected to be focused on trade and tourism, China’s growing influence in the Pacific region and Biden’s newly announced Indo-Pacific Economic Framework.

The last time a New Zealand Prime Minister visited the White House was Sir John Key in 2014 when Barack Obama was President.

Ardern will return to Washington DC on Monday NZT and meet Biden and Vice President Kamala Harris on Wednesday NZT.

Originally Ardern was due to travel home on Sunday NZT.

The meeting is later than anticipated because it is Memorial Day in the US on Tuesday NZT, and much of the country shuts down.

Ardern is expected to mark Memorial Day in some way while in Washington DC and will return to New Zealand after her meeting with Biden.