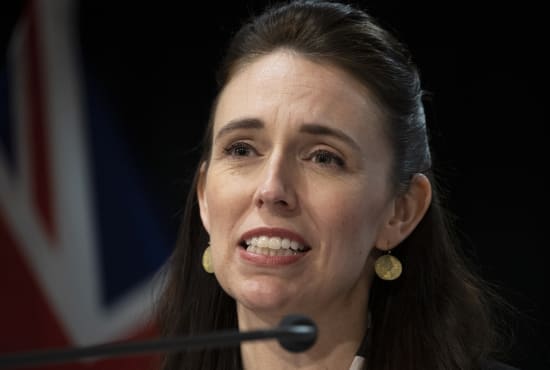 The Prime Minister will touchdown in New York on Tuesday fresh from signing the country up to a new partnership agreement with the United States. Before she returns home, Jacinda Ardern will likely have a chance to go one better, writes political editor Jo Moir.

Analysis: The Indo-Pacific Economic Framework is far from a trade deal or the type of commitment partnering countries would ultimately like from the United States, but as China’s influence grows in the region, it’s a symbolic starting point.

Just hours before boarding her flight to the US, Jacinda Ardern confirmed New Zealand had joined the IPEF, which President Joe Biden announced in Tokyo on Monday evening (NZT).

Biden is on his first trip to Asia, where he is meeting Quad members – India, Japan, and Australia.

Speaking to media in New Zealand on Monday, Ardern said the ultimate prize with the United States was still the CPTPP, and member countries were approaching that with “a degree of advocacy, but also realism”.

In the US, there’s no political appetite for the CPTPP, and while it was on the agenda when Ardern met her counterparts in Singapore and Japan last month, Trade Minister Damien O’Connor told Newsroom America joining is not on a realistic radar anytime soon. IPEF is a politically palatable alternative to the CPTPP for Biden – a framework for trade in the Asia-Pacific region that incorporates shared principles but isn’t as binding as a trade deal.

Ardern has pushed back on the idea that the IPEF is purely symbolic but has also been clear it isn’t a traditional trade instrument, and therefore there won’t be exporter gains from it.

It’s a consolation prize of sorts that doesn’t have a lot of meat to it. At the same time it sends a message that the US is making its grand return to the Indo-Pacific region.

That isn’t an insignificant message with the growing threat of China, especially considering the security and military deal it struck with the Solomon Islands last month.

Newsroom understands Fijian Prime Minister Frank Bainimarama is doing a lot of the heavy lifting talking with Solomon Islands’ Prime Minister Manasseh Sogavare to try and de-escalate the uncertainties and insecurities that led to the China deal in the first place.

The traditional multilateral gathering for addressing these sorts of concerns is the annual Pacific Islands’ Forum, which had been set down for June.

But Newsroom understands the date for that meeting continues to be pushed out.

That is because of threats from the Micronesian nations to walk away from the forum after a spat about the imbalance in hosting rights, given the economic value that comes from holding the meeting.

There is concern at an official level that the forum may not go ahead at all.

This all comes at the same time the Chinese foreign minister is about to embark on a sweep of the Pacific, visiting countries including Fiji, Samoa, the Solomon Islands, and Tonga.

All the brewing tensions in the region could be thrashed out in person with Biden if Ardern can secure a face-to-face meeting at the White House while she’s in the US.

There is still no confirmation that will go ahead, but the indications are that it’s likely and both countries are keen to make it happen.

New Zealand’s closest ally, Australia, has the advantage of being a member of The Quad and having a more direct line to Washington to consult on shared interests.

Ardern is using her tour of the US to launch a charm offensive to persuade both American tourists and companies to do business with New Zealand.

If she can secure a visit with Biden, she will have a narrow window to convince him to pick up the phone to her in the same way Sir John Key fostered a relationship with President Obama.

On the surface it seems a big ask, given the many leaders attempting to do the same with Biden as they look to protect and secure their own domestic and regional interests.

But when Ardern can land an invitation to speak as a guest at the Harvard University Commencement – as the likes of John F Kennedy, Winston Churchill and Angela Merkel have done – she’s already halfway to showing a world superpower her international reputation and profile could be of further value .

Mercedes Drive Pilot: This is what level 3 autonomous driving feels like