Facebook Twitter LinkedIn Tumblr Pinterest Reddit VKontakte Odnoklassniki Pocket
Every new Audi with a combustion engine, that’s for sure, will be the last. Because: From 2026, the Ingolstadt-based company only wants to bring electric models onto the market; at least in much of the world. The new Q7 will be the last combustion engine to be launched in 2025, a year earlier – it will probably even be presented at the end of 2023 – the new edition of the Q5 will also come with petrol and diesel engines. 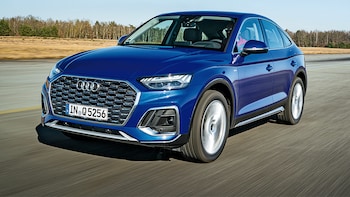 Get the best offers for the Audi Q5 Sportback and save an average of €7708 compared to the RRP at carwow.de.

As with the first two generations, the technical platform is the modular longitudinal matrix (MLB), which will also be used again in the next A4 generation. The range of petrol engines will continue to range from around 200 to 270 hp, but whether Audi will continue to offer three diesels (currently from 163 to 286 hp) is still open and will certainly also depend on the development of demand in the coming months.

All combustion engines as a mild hybrid, consumption of less than five liters possible

Unlike today, all combustion engines will in future be equipped with 48-volt hybridization, which could reduce fuel consumption to less than seven liters in the case of petrol engines and even to less than five liters in the case of the most economical diesel with front-wheel drive. The plug-in hybrid with at least 100 e-kilometres also remains in the range. Will Audi continue to afford two double heart variants? That should also depend on how the plug-in promotion and company car tax will continue. However, a powerful plug-in could take over the position of the 341 hp SQ5 TDI. On the other hand, it is unlikely that Audi will finally dare to launch an unprecedented RS Q5.

On the other hand, it is relatively certain that the Sportback also has a future: oblique SUVs are in vogue and can be sold more expensively, but the development effort is relatively low. Incidentally, the dimensions will not change much, at around 4.70 meters the Q5 fits perfectly into the portfolio.

Incidentally, the purely electric Q5 counterpart Q6 e-tron (coming in 2023) will be similar in size, but it is based on the special PPE e-platform (also used by Porsche for the E-Macan) and should be significantly more spacious inside.

Finer materials and more sophisticated technology have their price

Speaking of the interior: this will show how serious Audi is about its “More Luxury” strategy. We expect an even finer selection of materials. In terms of operation, the focus should be on significantly improved voice control. Luxury also with the prices? It’s still too early for that, but the Q5 will not be available for less than 50,000 euros. 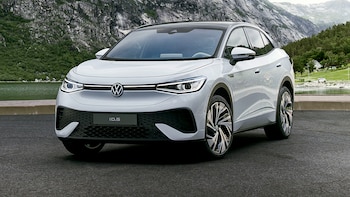