Facebook Twitter LinkedIn Tumblr Pinterest Reddit VKontakte Odnoklassniki Pocket
BMW powers up its 7 Series with the new i7. The Bavarians are taking a different direction than Mercedes: BMW works with a single vehicle platform for all types of drive. 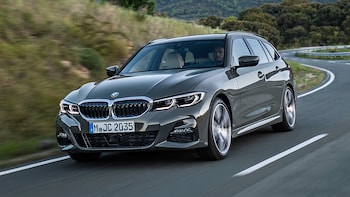 In addition to the electric i7, the BMW flagship will continue to be available with a plug-in hybrid drive and as a combustion engine; but the 7 series will also go its own way visually in the future.

The new BMW 7 Series will be available in Germany from November 2022. The all-electric i7 will be the first. A diesel and two plug-in hybrids will follow in spring 2023, including the provisional top model.

In the later course of 2023, the i7 M70 should then complete the model series at the top. The prices will not start below 100,000 euros for the diesel, the i7 could be even more expensive.

The new front of the 7 Series is clearly aimed at the Asian market. Their design is unusual and imposing at the same time: daytime running lights and main headlights are spatially separated. As a visual highlight, there is an optional, frame-illuminated, huge double kidney and sparkling Swarovski crystals in the daytime running lights.

The optional laser light, however, was deleted, according to BMW, the new LED lights are already so good that the technology is no longer needed.

On the side, the 7 shows stately. In the future, only the long version will be offered, and the short wheelbase will be discontinued. There is a surprise at the rear: BMW has eliminated the continuous strip of lights from the predecessor and used the space gained for a very large brand logo.

Dimensions: 7 Series will always have a long wheelbase in the future

BMW deletes the short wheelbase for the 7 Series and only offers the sedan as a long version. The dimensions at a glance:

Anyone who appreciates Scandinavian design will probably have to drive a 7 Series in the future – because the interior could also come from the catalog of a furniture store. The photo car relies on a wool mix for the seat covers and thus exudes an inevitable lounge character.

The minimalist dashboard is complemented by a light strip that changes color and displays animations to match the interior atmosphere. The ventilation nozzles are also embedded in it, so they are almost unnoticeable.

The curved display (12.3-inch instrument cluster and 14.9-inch touchscreen) including BMW 8 operating system can now also be found in the 7 Series. The brand’s flagship is now also coming with the latest generation of the intelligent language assistant.

The highlight in the luxury class is of course the rear of the new 7 Series. If you take a seat in the back on the right, you almost feel as if the entire car was built around this space.

Anyone who selects the “Excecutive Lounge” in the list of options will now get a sleeping seat in the new 7 Series that doesn’t have to hide from the business class on the plane. The functions in the rear are controlled via 5-inch displays in the door handles.

With these screens, the 7 Series can also be converted into a rolling home cinema, because BMW can optionally fit a mega screen in the second row of seats. 31.3-inch diagonal, 8k resolution and full Amazon Fire TV integration. This is how the journey should become an experience.

What was shown as a study at the CES in Las Vegas at the beginning of 2022 is now coming into the series. No other manufacturer offers such a feature for the passengers in the second row.

Equipment: 7 series prepared for autonomous driving according to level 3

Of course, the brand’s flagship has been equipped with all sorts of equipment options. In addition to all-wheel steering, the 7 Series also has modern driver assistance systems that are already designed for semi-autonomous driving on the sensor side.

The cameras, ultrasonic and radar sensors required for this are already available and should in future allow the system to become smarter via update.

An extended motorway assistant and an automated parking assistant, on the other hand, are already available at the market launch. Otherwise, the 7 Series is all about luxury. A two-tone paint finish is available for the first time, and the interior allows freedom for individualisation.

Automatic doors are also moving into the sedan, which should make it easier to get in. Otherwise, BMW offers functions such as heated surfaces in the interior and relies on a wide variety of materials for the interior of the 7 Series.

A classic petrol engine in the 7 Series is not planned for the German market. In Germany, the Munich company is starting its range with the all-electric i7, with other derivatives to follow later. 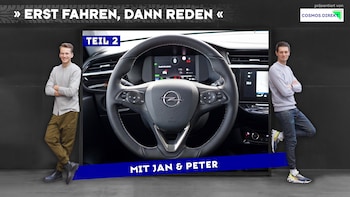 The Opel Corsa-e is finally an electric car that doesn’t look like a spaceship. How good is the little Opel?

The diesel alternative goes by the name of 740d xDrive. Here, a six-cylinder in-line engine delivers 300 hp and 670 Nm of torque. The provisional top model M760e should deliver 571 hp as a PHEV, later an i7 M70 with more than 600 hp should take over.

Amazon is giving away 10 e-books for World Book Day