BMW 7 Series at a bargain price

This well-equipped BMW 730d xDrive now cost well over 100,000 euros. After four years it is worth a fraction of that!

Driving a BMW 7 Series for a small price is not impossible! Even if the luxury sedan now costs well over 100,000 euros in most cases, there are four years old BMW 7 Series with good equipment and used car guarantee for the price of one BMW 318i in the basic equipment! For example this 730d xDrive.
The sixth generation of the BMW 7 Series has the internal abbreviation G11 and was launched in October 2015. To keep up with the permanent competitors Mercedes S class and Audi A8 to keep up was the 7er with a variety of engines from the four-cylinder petrol engine in the 730i via plug-in hybrids in 740e and 745e to the monumental 6.6-liter V12 biturbo in the top model M760Li offered. For the diesel engines, the Munich-based company exclusively relies on the three-liter inline six-cylinder (B57) in various output levels of 265 hp (730d) up to 400 HP (750d).

This 730d relies on the inline six cylinder with 265 hp 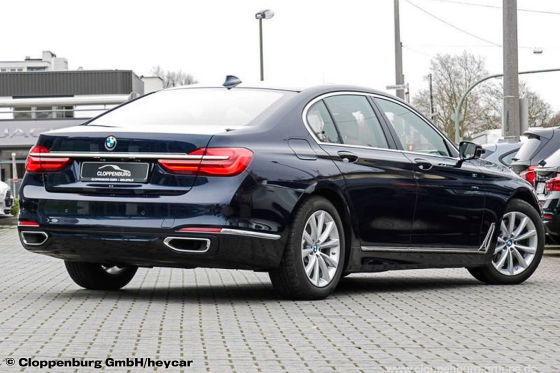 In Bielefeld will be offered an elegant BMW 730d xDrive from 2015. The luxury limousine comes from second hand, is accident-free and has 95,300 kilometers under its belt. Since it is a pre-facelift model of the G11, it wears 7er still the subtle double kidney grille (the LCI model presented in early 2019 was specially designed for Chinese customer tastes and shows off an XXL kidney grille on the front). The 730d relies on the inline six-cylinder with 265 hp and 620 Nm maximum torque and accelerates the big one BMW in brisk 5.8 seconds to 100 km / h. At the same time, BMW specifies consumption of 5.2 liters per 100 kilometers – seven are more realistic. 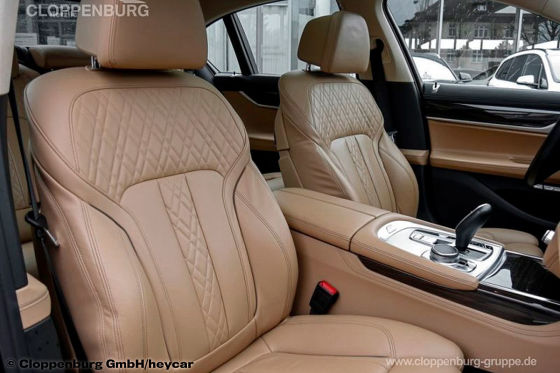 The one offered by the authorized dealer Cloppenburg 730d is painted in the color “Imperial Blue Brilliant Effect”, which fits very well with the beige interior. The equipment is neat with an innovation package, comfort seats at the front and rear, auxiliary heating, electric glass roof, TV tuner, rear view camera and more. In addition to the former base price of 85,300 euros, there are again over 20,000 euros in extras in the 7er flowed, so that the former new price was over 107,000 euros. Four and a half years after the first registration, this 730d is said to cost 36,690 euros only 190 euros more than a current one BMW 318i in the basic equipment.

However, the purchase price alone is not enough. Insurance for this BMW in particular can be very expensive. There are also taxes and fuel. On the other hand, the new buyer is safe from any expensive repairs, because this 7 Series is also sold with a used car guarantee.

Dream couple - Nightmare couple: The new leading role of the Obamas in the election year

Self-employed professionals in the travel and event industry are ready: 'I don't want to stop, but I have to'