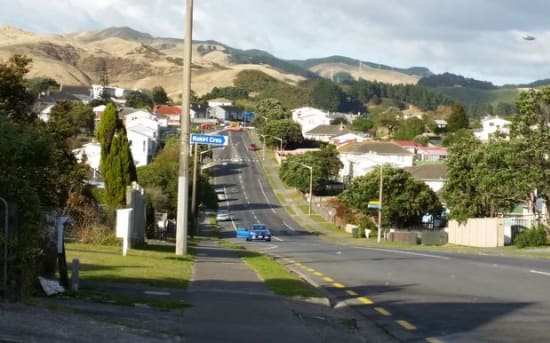 “Come to New Zealand. Here, you will find work, make good money. Send money back home, help your mother’s family.” Maria Samuela, in her subtly interwoven assemblage of nine stories, Beats of the Pa’uvividly evokes the dreams, desires, fears and achievements of young migrants from the Cook Islands, beginning in the post-World War Two diaspora, but mostly set in the 1970s and early 1980s: she memorialises and celebrates that era.

What gives Samuela’s writing its extraordinary power is that she doesn’t flinch from sharp, clear-eyed observations and wry depictions of truths, both pleasant and unpleasant, about a particular neighborhood, using language articulated with an insider’s precision and radar-like ear. Her neatly-turned sentences, as much patterned as plotted, stake out her territory as essentially Wellington’s working-class suburb of Porirua, where a Pasifika community arrived in dribs and drabs and settled as an enclave, providing, as these stories tell us, labour for the freezing works at Ngauranga Gorge, for Todd Motors car assembly factory in Porirua, and for cleaning jobs in central Wellington’s office blocks.

But migration from island dependencies to the Big Smoke is a form of trauma, and demanding in its expectations. Beats of the Pa’u begins with tentative arrival and ends with forced deportation, a kind of betrayal. This is the time of the Dawn Raids, when many Pacific Island families turned inward, became insular and defensive, feeling persecuted.

Homes were established as redoubts of identity: the sitting room was a chamber of cultural echoes. In “The Promotion”, Taki, newly arrived from the Cook Islands, considers his sister’s house “a palace compared to the two-roomed family homestead they’d left behind in Mauke. Family photos of herself, her Papa’a husband and their children decorated the sitting room walls. ‘Eis made from polished shells and colored plastic, cut and shaped into ever-vibrant frangipani blooms hung like bunting over the Victorian-inspired wallpaper on the walls of the corridor.”

Density of detail provides an authentically claustrophobic atmosphere — “velvet paintings of Jesus … nativity scenes … rosary beads … the Bible, crucifixes, tīvaevae covers on the cushions” — while the iconography of the Catholic Church establishes a running thread of imagery from story to story: a source of lurid or melodramatic motifs. Daily life, once soothingly governed by cycles of growing and harvesting, becomes, anxiously, “a series of clocking in and out with time cards”.

In Samuela’s stories, the Cook Island men in particular struggled to adapt to their new circumstances, with the proving ground of masculinity transplanted from prowess at fishing, and in the taro plantation, and skill at climbing up the trunk of the coconut tree, to the tavern, the TAB and the tinny house. “The Promotion” sketches out the plight of Taki, unable to accept the offered job of foreman at the abattoir because he is illiterate. His role as deacon at church offers one form of consolation, while he also becomes ultra-competitive at other activities which allow him to out-perform his Palagi workmates.

Taki’s estranged son Kura, part of the next generation of migrants, arriving as a teenager, struggles in his turn with culture shock, with overcoming the erasure of his personality by officialdom’s racial profiling and society’s stereotyping. He plaintively confesses to his half-brother Abe, who was born in New Zealand: “I shouldn’t have come here. It’s too hard for people like me.”

The perpetuation of a legacy of damaged individuals is confirmed by “Bluey”, a story that takes in a car trip between Porirua and Newtown in the early 1980s and is told from the viewpoint of Rosie, a young Cook Islands girl. But in this cautionary tale the oppressed underclass is centrally represented by the car’s back-seat passenger, Bluey — a Maori, “dark, fat, dreadlocks like dirty ropes” — an incipient jailbird with a hissing, menacing laugh. He is a friend of Rosie’s father, driver of the car, who is likewise a marginalized figure.

If the Polynesian men in these stories often seem trapped or angry, made tongue-tied by Pākehā authority, or acting rebelliously with a swaggering machismo, the girls and young women tend to be sustained by a supportive network of aunties and female cousins ​​that buoys them up and affirms their heritage — as do the Island Mamas, or matriarchs, with their comically catechising advice to the love-lorn.

But even here, Samuela is careful not to fall into pre-determined dichotomies. Just as some young males, such as Taki’s brother Abe, are socially accomplished and empathetic characters offering encouragement and advice, so too some young women are revealed to be mean-spirited, status-obsessed bullies, as if glutinously internalizing the body fascism and fashion conformism of the social order around them.

In “Ugly”, the un-named main character, tormented by fellow school-pupils as “different”, endures a kind of martyrdom. It’s a grueling, even horrifying story of humiliation and abasement and imagined revenge, while beyond the horror there’s a kernel of truth about the atavistic human condition, reminiscent of narratives by Toni Morrison and Maya Angelou. In the end, for this Pacific Island girl: “Her problems were never her problems alone. They were family problems, burdens shared, as if the family walked the world as one.”

So in this collection, Samuela depicts carefully-delineated representative members of a close-knit community that is united by christenings, weddings, 21sts and church socials; however it is primarily united by regular attendance at Mass, and specifically the Raro Mass, conducted in Cook Islands Māori by the local parish priest Father O’Shea, “his Irish accent pulling the language into awkward shapes and sounds”.

Samuela is alert to the theater and drollery this religious observance provides. In the title story “Beats of the Pa’u”, the teen-age Katerina, along with her girl-cousins, watches her uncle, Rahui, deliver a guest sermon from the pulpit, supposedly about Christian abstemiousness and propriety, but where his holier-than-thou diatribe turns out to be an opportunity to boast about personal good fortune, even as he fulminates against the Seven Deadly Sins, while members of the congregation wittily heckle him sotto-voce from their pews, and Katerina and her cousins ​​” stifle their laughs”.

The past is another country, and here, we are deep in the 1970s, where one character exclaims “Listen to that drumbeat. That’s the sound of home”, while another character declares: “Nah, bro. Not my home. The sound of my home is platform shoes. You know, Donna Summer; Earth, Wind and Fire; KC and the Sunshine Band…”

By turns sardonic, mordant, hilarious and poignant, big on humor as well as tragedy, Samuela’s fictions bring to life the dilemmas of what used to be called a sub-culture. She writes with such nice perception of a time and place that she makes her version of Wellington’s suburban domesticity representative of a whole society caught up in a state of transition towards a flurry of possible futures, yesterday becoming today — as signaled in Beat of the Pa’u‘s opening pages by downtown Wellington’s forceful wind in the commuter rush hour “that seemed to carry the crowds against their will”, as if borne on the tide of history.

Beats of the Pa’u by Maria Samuela (Te Herenga Waka University Press, $30) is available in bookstores nationwide. “Plaza de Torros”, a story from her collection, was republished on Saturday at ReadingRoom.