The documentary ‘Jihad Rehab’ ran into a storm of controversy when it was screened at the famous Sundance Film Festival. American Muslim filmmakers labeled its title “offensive” and the film “Islamophobic”. Sundance later apologized for showing it. The same film will be shown at the Doc Edge festival in Auckland but under a different name “The UnRedacted”. Mark Jennings reports.

When the lights dim in Auckland’s Civic theater on Saturday night it will be the first time American documentary maker Meg Smaker has watched her film in the presence of a live audience.

The documentary has been shunned by the world’s leading festivals because, according to Smaker, organizers would rather not be “bullied, attacked and harassed.”

Her study of four Yemeni men held for 15 years at Guantanamo Bay then transferred to a Saudi Arabian rehabilitation center has provoked outrage in parts of America’s Muslim community since it premiered online at Sundance in January 2022.

“The film’s hapless title manages to be both inaccurate and offensive—“rehab” refers to an incarceration facility in Saudi Arabia and the casual equation of the word “jihad” with terrorism is offensive to Muslims,” wrote Assia Boundaoui, an Algerian-American filmmaker and investigative journalist.

A group of Muslim filmmakers, in a letter to Sundance, attacked the film and media who reviewed it.

“Since its world premiere at the Festival in January 2022, film critics at prominent publications including Variety, The Hollywood Reportersand indiewire, have written reviews of “Jihad Rehab” that describe the men in the film as “terrorists” and “jihadis”, or otherwise state that the men are guilty of terrorist acts. The truth is that the US government detained the men unlawfully for well over a decade without charge or trial, and tortured them. It is well established that the vast majority of Guantánamo detainees were held unlawfully and without charge.”

Two Sundance staffers resigned after a Twitter onslaught and the festival’s CEO issued an apology: “In this case it is clear that the showing of this film hurt members of our community — in particular, individuals from Muslim and MENASA (Middle East, North African and South-Asia) communities — and for that we are deeply sorry.”

But the film, and Smaker, have their supporters – including respected journalist and television critic, Lorraine Ali.

Ali, who writes for the Los Angeles Times is also Muslim.

“The film emerges as a moving portrait of souls damaged and destroyed by war, largely anonymous figures caught up in the tangle of a decades long conflict. And before the controversy broke, many reviewers agreed.

“But the issue at the core of the “Jihad Rehab” maelstrom is not so much the text of the film as the fact that it was made by a white, non-Muslim filmmaker and arrived at a moment in which the debate over who is allowed to tell whose story was already at a boiling point.”

Smaker says she made the film for American audiences: “It was a chance for the men (detainees) to give their side of the story, that maybe they weren’t ‘evil doers’ or psychopaths. Americans think ‘you’re a bomb maker you’re bad, I’m good. I wanted to rehabilitate the audience to these guys.”

Smaker’s own story – her route to documentary making – is unusual. In her late teens she worked as a fire fighter in California.

“Then 9/11 happened and I felt I needed to understand what had happened, so I started reading books about the Middle East. About six months later I went to Afghanistan, I soon felt humbled by my ignorance of the world. I was about 20 years old.”

Smaker says she ended up in Yemen, training fire fighters and learning the language.

Eventually she found her way to Saudi Arabia where the Mohammed bin Nayef rehabilitation center came to her attention.

The centre, which resembles a luxury resort with chalets and a pool, is purposely designed to contrast with the grim conditions of Guantanamo Bay. Three thousand men labeled as terrorists have graduated from the center since 2005.

Smaker spent five years working on the film and she interviews the men while they are at the center and again after their release.

Of the four Yemeni men she focuses on, only one seems committed to “the cause”. The others say they were fighting for Al Qaeda in Afghanistan through economic necessity or in search of adventure.

Smaker’s exchange with Mohamed (now 35) who ended up on the frontline in Afghanistan fighting coalition forces, at the age of 19, is revealing.

Question: Do you think you are a terrorist?

Answer: No, someone fight me, I fight him.

Question: The people you killed with your RPG (rocket propelled grenade launcher) – how would you define these people?

Answer: Because these people want to kill me, he has the RPG too.

Question: Would you go back to Jihad?

Answer: Jihad is for teenagers, not for us.

Smaker has been criticized for portraying Muslim men as misogynists because the film includes Saudi instructors at the center giving the men marital advice.

“Don’t chose a wife close to your age. Women age faster than men – she will get old”

And, later in the film, when Mohamed becomes frustrated under Smaker’s questioning he tells her:” Don’t push me. You need to find a husband – women like you need children.”

The scenes drew a strong response from reviewer Eric Kohn from indiewire who wrote:

“The movie turns on assumptions about Islamic misogyny and militant impulses….Jihad Rehab maintains an air of Western superiority.”

Smaker says criticism of her film has been shaped by “confirmation bias” and what has happened in America since 9/11.

“Guantanamo was one of the dumbest things that America has ever done. Holding people for decades, torturing people. There are still 39 people being held there – 13 of them are Yemenis.

“This [negative reaction]is about 20 years of the Muslim community being terrorized in the United States.”

Smaker and her team’s decision to change the name from ‘Jihad Rehab’ to The UnRedacted appears driven by the fear most filmmakers have – if people don’t watch it then what was the point of making it.

“The goal is to get as many people as possible to see the film and if the title was going to turn people away, I don’t want that. I thought that if people are truly offended by the title, even though they haven’ t watched the film… okay, here is a new title.”

“Meg Smaker is remarkable, and I can’t think of anyone better to do that story. My gut reaction is that the US is in a different climate and in New Zealand we won’t face the same situation and so far that’s been the case.

“We consulted with two respected journalists in New Zealand – one who is Muslim and one who is very familiar with the Middle East and its customs – neither thought there was any problem with the film, and this gave us confidence to go ahead.”

“They selected the film because it is a great film and then didn’t back her up when it became controversial. When we heard how she had been targeted and then unfairly treated we wanted to give the film and her the premiere they deserve.”

And Smaker’s view of Sundance?

“Sundance wants diversity, but it doesn’t want diversity of thought.” 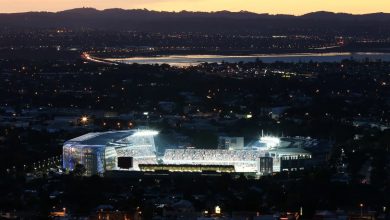 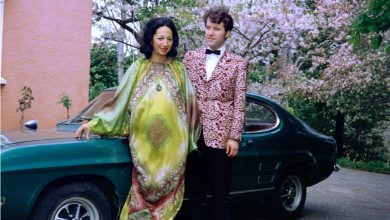 Book of the Week: Notably Maori 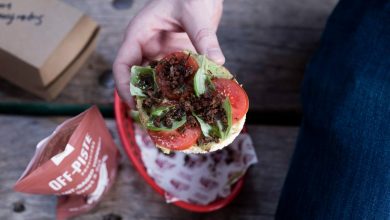 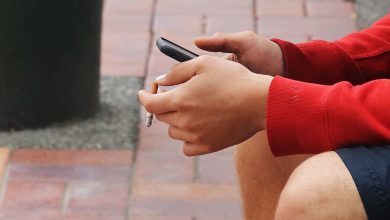