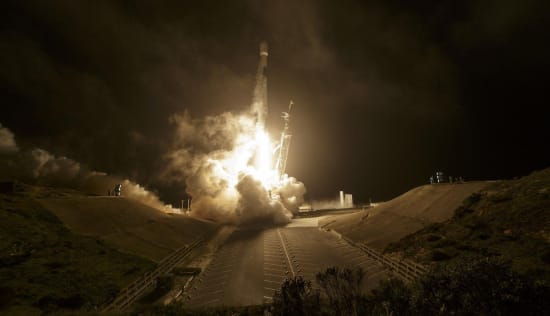 A mission to redirect an asteroid is billed as potentially planet-saving. But in the wrong hands it has seriously destructive potential, writes Daniel Deudney in part one of a series on space in the shadow of war

In September 2022 an event of planetary importance will take place. With the assistance of a privately funded rocket, NASA’s Double Asteroid Redirection Test (DART) mission will test the feasibility of redirecting an asteroid. The mission is, in NASA’s words, “to test and validate a method to protect Earth in case of an asteroid impact threat”. NASA’s spacecraft will crash head-on into a small asteroid called Dimorphos, with the aim of altering its orbit around a larger asteroid, Didymos.

The excitement about such heroic possibilities is rooted in long-held assumptions about expansion into space. Going higher must mean getting better. However, the consequences of the mission are much less positive than space enthusiasts and many others believe. Given the immense violence potential of fast-moving space objects, the question of whether asteroid redirection is desirable roughly approximates to the question of whether space activities increase or decrease the likelihood of war.

In their 1964 bookIslands in Space: The Challenge of the PlanetoidsastronomersDandridge Cole and Donald Coxenvisioned maneuvering asteroids to serve as the ultimate deterrent, a “planetoid bomb”. At the time, these plans were advanced as solutions to the threat of nuclear war, specifically to the vulnerabilities of nuclear weapons based on Earth. Never attempted, these schemes were shockingly extreme, even among the apocalyptic military speculations of the 1950s and 1960s.

Cole and Cox wrote that a “captured planetoid” of between 2 kilometers and 8 kilometers in diameter would have the “impact energy equivalent to several million megatons”, would create a crater 30 to 80 kilometers in diameter, and “would destroy whole countries through Earth shock effects”. They hastened to add that such devastation would “not be anything near as bad” as a general nuclear war because there would be “no nuclear fallout carried by the winds to all parts of the Earth”.

A captured planetoid would be “the ideal deterrent system”, they said, because it could not be de-orbited in less than several hours and “would not be feared by a potential enemy as a surprise attack weapon”. Furthermore, “an onrushing planetoid” could not be intercepted or deflected “even if detected several days before impact”. Such an attack might even be carried out “without much danger of retaliation” because it would be difficult to distinguish from a “natural catastrophe”.

Interstate military rivalry propelled much of human space activity. So why do we believe conflicts will not be carried into space? People who believe in the possibility of overcoming rivalries on the highly interdependent Earth, where large-scale violence is effectively suicidal, are deemed utopian. But these same rival states exploring the manipulation of asteroids equipped with titanic violence potential is, somehow, no problem.

For this reason, the alteration of the orbits of asteroids by any single government or corporation should be explicitly outlawed. However, while international organizations will travel to the asteroid as observers, the DART mission is solely the preserve of US organizations. How, when and by whom this technology is developed has first-order implications for the human species and the fate of the Earth.

The technologies to divert an asteroid away from the Earth are essentially identical to those needed to direct objects towards the Earth. If the DART mission succeeds, humanity will have demonstrated a destructive capability vastly exceeding that of nuclear weapons.

However, completely abandoning the mapping and alteration of asteroidal orbits is unwise because the collision of such bodies with the Earth is inevitable. This knowledge and technology is vital.

Asteroid mapping and diversion should therefore be undertakenonlyby a consortium of leading states on earth. A deflectionconsortiumcould be assigned the task, given the sole legal authority, and equipped with the resources to develop the capacity to defend the planet from cosmic bombardment. Such an effort would fall far short of bringing a world government into existence, reassuring those who fear control by stealth.

The enduring mutual suspicion of states would impede the asteroid consortium from becoming the seed of a world state. It could be staffed and operated not by a distinct body of international civil servants but rather by members of the militaries of the contributing states.

Like any human venture, a strategy of military cooperation for planetary security would have its own risks and potential paths of breakdown. If the planetary protection consortium were to disintegrate, the violence capacity of asteroids would be possessed by several states. But as long as this agency remained solely focused on its narrow mission, and no private actors were permitted to engage in these activities, states would have a strong incentive to sustain the arrangement.

Human beings have long dreamed of exploring the farthest reaches of space. Space is particularly prone to dreamy assumptions, beguiling illusions and strong disorientations. But dream-walking into space is sleep-walking into space. Space expansion should be recognized as having not only a plethora of bad proposals but also a frightening potential for evil.

Daniel Deudney teaches political science, international relations and political theory at Johns Hopkins University. He is the author ofDark Skies: Space Expansionism, Planetary Geopolitics, and the Ends of Humanitywhich further explores the ideas in this article.

Top offer: 8 GB tariff in the Vodafone network for only 8.99 euros and can be canceled monthly

PCWELT Easter campaign 2022: We are giving away Driver Max 14