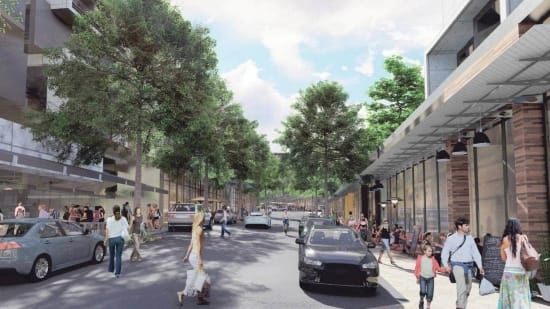 Plans by three of New Zealand’s biggest developers to rezone 330 hectares of land in Drury has now been given the green light.

But a legal battle over the area’s future growth could be brewing.

But Auckland Council still has the option of appealing the findings in the Environment Court.

The developers applied in July 2020 to rezone the land in East Drury from future urban to a mix of residential, business and open space zones.

The council has continued to oppose the plan changes on the grounds it would be left to foot the bill for $1 billion in infrastructure needed for the works to go ahead, including $600 million for transport-related projects and a further $500m for stormwater, sewerage , parks and community facilities.

In October 2020 Auckland Council’s chief of strategy Megan Tyler said the Drury private plan changes would ultimately have to be decided by the courts.

Fulton Hogan Land Development chief executive Graeme Causer welcomed this week’s decision to approve the plan changes. But he said at this stage he had no idea if the council would take legal action.

“We would be extremely disappointed if the Auckland Council appealed the plan changes,” Causer said.

He said the council aired its concerns during the hearings process, but the commissioners didn’t find it in its favour.

“It’s already taken a couple of years longer than it should have,” Causer said. “The Government is putting so much money into the area and it wouldn’t make any sense to appeal.”

He said if everything went according to plan, Fulton Hogan’s first homes would be on the market in four years.

He said it made perfect sense to develop Drury because of its location right beside State Highway 1 and the city’s rail network.

“It will just add another $1 million in legal costs and another year in delays,” he said.

He said there’s a lot of money already being poured into the area through the Government’s New Zealand Upgrade Program and he’s keen to see things progress.

“We’ve got to build more houses and we’ve got a deficit there we’ve got to catch up on,” Cashmore said. “But the big thing with Drury is the amount of employment it will create in the area over the next 20 years.”

A Kiwi Property spokesman said the ruling was important and would pave the way for thousands of homes and jobs in the area.

In a statement, Auckland Council general manager of plans and places, John Duguid, said it was carefully reviewing the decision.

“Submitters, including Auckland Council, have 30 days in which to lodge an appeal to the Environment Court,” he said.