It has now been three weeks since the first DTM title under GT3 regulations was decided. Maximilian Götz (35 / HRT-Mercedes) is the 23rd DTM champion in history. His name now appears in a list of legends of touring car racing: Bernd Schneider, Klaus Ludwig, Strietzel Stuck.

Götz to AUTO BILD: “I always say: The karma comes back and the dear racing god at the Norisring probably meant that Götz should win the DTM title at his home race at the Norisring.” The karma could also be described as follows: to whom the screenplay of fate has so far denied great success, is reaching for the stars again in the autumn of his career.
His consistency also gave the capable the necessary luck at the last moment: On his drive to his first DTM title under the new GT3 rules, the Franconian benefited from a collision between his two title rivals Liam Lawson (Ferrari) and Kelvin van der Linde (Audi) as well as a stable order among the Mercedes teams. But that is only a marginal aspect.
Because the story of Maximilian Götz is a “confirmation of belief in oneself and in what is good”, as he himself aptly describes it. Because the Uffenheimer defeated Sebastian Vettel in Formula BMW 2003, drove against Lewis Hamilton in Formula 3 and was considered the upcoming Formula 1 driver. Until he ran out of money after Formula 3. While Vettel, Hamilton and Co. bagged victories, titles and millions in Formula 1, Götz was sitting on the sofa in front of the TV screen at home. “I was really far away, really away,” he says to AUTO BILD. “I was at home doing part-time jobs and hoping. But I always believed that the chance would come again. “

According to Götz, sport also creates lessons for life. “My story can be passed on to the many boys and girls out there who sometimes suffer setbacks. At some point the day will come when it works. But you have to fight until the last minute. The race is only over when the checkered flag falls. “

And a defeat is always followed by a victory. “I found a supporter by chance,” says Götz about his own career. “That’s how I got back into the ADAC GT Masters and was able to prove that I’m good. I won the GT Masters and was runner-up twice. Of course, the Formula 1 dream was settled relatively quickly for me after Formula 3 because I knew how much support – including financial – it would be needed. But it worked to achieve other successes with a high priority. “

The DTM only as a bad substitute for the Formula 1 success? Not at all. Götz can hardly believe his own story. “That’s crazy. I am still in contact with Lewis and Sebastian too. His brother drove with me in the GT Masters two years ago. I talked to Seb about the old days. There are always people who have achieved even more. But I’m super satisfied. “

Because sometimes the way counts more than the goal: Götz: “I can look back on a great time in Formula BMW, Formula 3 and in other races. Of course, Lewis did a great job. I would also like to be a seven-time world champion or, like Sebastian, a four-time one. But I am not. I am now an easy DTM champion and very happy with it. “

Fate, chance, luck: the end of the manufacturer-dominated DTM was the great opportunity for the Mercedes driver. As a GT3 expert, he drove for the title in the brand new team of racing driver Hubert Haupt from the start, and on the last two weekends he also met Formula E champion Lucas di Grassi, who was a guest driver in the Audi.

“We met again after a long time and he still knew every race about me,” reveals Götz. “That means the guys who once played in a certain league appreciate each other. It’s nice that Lewis and Sebastian know exactly that they have been very lucky in life. We are all passionate about the sport, we give our all in every lap, and in the end fate also decides where you end up. And this time fate was kind to me. ”

But also because he ultimately took it into his own hands. 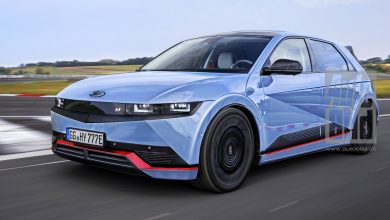 Hyundai, Kia and Genesis: all new models by 2024