Sophia Flörsch and the DTM – it’s not yet a really big love affair. At least sporty. 15th place is her best result. She achieved it four times this season. The reasons for the difficulties may be varied, but the fact is: Flörsch expected it.

“It’s been a tough year for me, but that was clear because the DTM is at a high level. But I’m improving and I want to get the best out of the last three race weekends, ”she said at a press conference ahead of event six this weekend in Assen. It’s the small steps that matter, patience and a lot of hard work. Flörsch: “We want to keep improving race by race.”And then?

The DTM season is over again at the beginning of October. The Munich resident makes no secret of the fact that she has not yet checked off her formula career. Because that’s where she feels “most at home”. Flörsch: “Because I’m still young, I would like to return to formula racing. That’s my goal for the next two or three years. ”In any case, she has declared Formula 1 as a major goal. A return to formula racing would be the logical step to further pursue this goal.

Abt team boss Thomas Biermaier advocates big goals. “But I also believe that at some point you have to realize how realistic the goals are and what the possibilities are,” he says to ABMS. “She has to do it step by step, show performance in the DTM and set highlights. It’s a long way to get to the top. “

There is also the financial component: “It’s no secret that racing is quite expensive in the junior categories,” admits Flörsch himself. That is why she decided not to have another season in Formula 3 in 2021.
Instead, this season she is driving in an all-women team with Beitske Visser and Tatiana Calderon in the endurance world championship WEC, which also includes the 24 Hours of Le Mans, parallel to the DTM. When it comes to prototype racing, she definitely wants to “keep her foot in the door”.
Prototypes are comparable to formula cars, also in terms of the fun factor, according to Flörsch. More decisive: in 2023, manufacturers such as Audi, BMW and Ferrari will be at the start in the hypercar category. So this line of business could also be a promising opportunity. “Endurance racing is getting bigger and bigger and there are many manufacturers coming,” explains Flörsch. “This is a good place to stay in racing. But first of all, I’ll finish the DTM season. And then we’ll look further. ”Will the DTM still have a place in your racing driver’s life?

Since Spielberg, she has been using normal steering again in the most popular German racing series with a roof. The project with the electronic space drive steering on the Abt-Audi has been terminated for the time being. Also for performance reasons.

“New systems take time to get even better. But things are very close in the DTM, ”explains Flörsch. “We collected a lot of data and said in the middle of the season that there was enough data. Also, at the end of the season it’s tight and there’s not enough time to improve the software. ”

The focus should be on their own improvements, also this weekend in Assen. Because Flörsch and the DTM – it’s not yet a really great love affair.

Is the air bad again today?

E-license plate: This is how you get the sign, these are the advantages 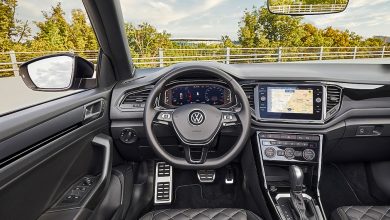