Niki Lauda died a year ago

DThis e-mail from the Lauda family plunged the Formula 1 scene into mourning a year ago: “In deep sorrow we announce that our beloved Niki slept peacefully on Monday, May 20th, 2019 with his family. His unique successes as an athlete and entrepreneur are and will remain unforgettable. His tireless drive, straightforwardness and courage remain a role model and benchmark for all of us. Away from the public eye, he was a loving and caring husband, father and grandfather. We will miss him.”

Ferrari’s first world championship title in 1975 resulted from an eleven-year crisis. Lauda, ​​the analyst, the critic, the meticulous worker turns Ferrari upside down and leads the traditional team back to the top. 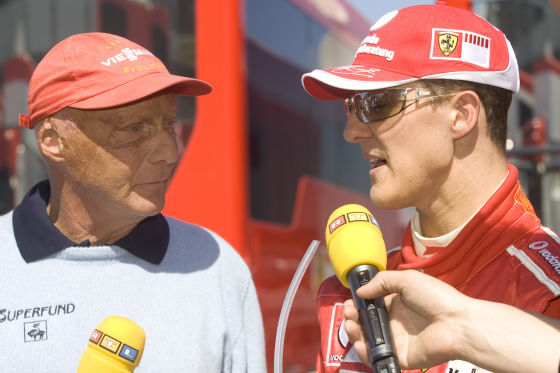 Only he has the courage to call the Ferrari the Shitbox (shit cart) on his first test drive. It is like an insult to majesty.

Then in 1976 at the Nürburgring the fire accident, perhaps the most famous crash in Formula 1 history. For 55 seconds, Lauda sits in the wreck, in the middle of 200 liters of burning gasoline.

Harald Ertl, Brett Lunger and Arturo Merzario pull the Austrian out of the fire. His chance of survival: minimal. Lauda gets the last oiling in the hospital.

Incredible: 42 days after the crash, he is back in the car, with bleeding wounds under his helmet, fighting for his second world title, but giving up in the rain of Japan. He doesn’t want to overuse his guardian angel. In 1977 he made up for what he missed in 1976: he became world champion again.

The third title does not come until 1984. Lauda has suspended her own airline for two years. He is a gifted pilot himself – even in the air. The PS turbo monsters of the 80s never inspired Lauda. In qualifying, he has no chance against his McLaren Porsche team-mate Alain Prost.

But Lauda is smarter in the race and ends up winning half a point against Cheers. It is the narrowest World Cup decision ever. In 1985 he won one last race in his farewell season.

Lauda remains connected to Formula 1 for a long time, runs the Formula 1 shops of legendary racing teams such as Ferrari, Jaguar and Mercedes – as consultants, as team boss, as chairman of the supervisory board. For 20 years he explains to RTL the Formula 1 nation Germany how the sport works.
In 1993 Ferrari brought him in to change the team again. Lauda threads the obligations of Jean Todt as team leader and Michael Schumacher as driver.
The successful duo won five titles in a row from 2000 to 2004. Laudas Intermezzo is less successful as Jaguar Team Principal in 2001 and 2002. Ford puts too little trust in him. At Mercedes he takes a 10 percent stake in the racing team, lures Lewis Hamilton away from McLaren and pulls the strings of what may be the best racing team of all time. Because Mercedes has dominated Formula 1 since 2014.

The fire crash has followed Lauda all his life. His face is drawn, his body too.

In 1997 brother Florian donated a kidney to him, in 2005 his partner Birgit at the time. In summer 2018, Lauda needs a new lung transplant. Before the final in Abu Dhabi, he sends a final video message to Mercedes. In winter, flu interferes with his recovery process.

On May 20, 2019, Lauda loses the fight for survival. Previously, he was said to have been admitted to a Swiss private clinic for dialysis due to kidney failure.