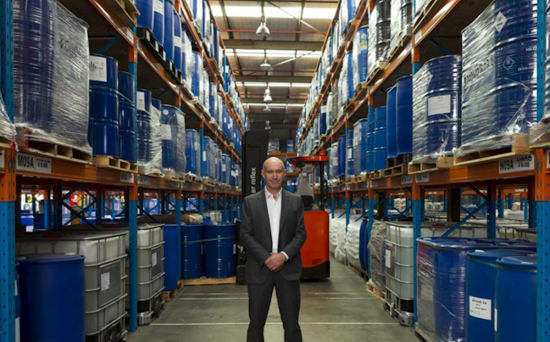 James Elliott’s look at the news of the week: From the lousy CEO who disrespected Nadia Lim, to wimples that conceal feminine charms, the price of broccoli and the ACT Party’s booting and sacking alternative budget

‘Twas the week before the budget and all through the house, the story kept running as to whether Simon Henry’s a louse.

To be accurate the discussion wasn’t whether Simon Henry’s a louse, it was over just how much of a louse he is.

In case you missed it, the discussion was sparked by DGL CEO Simon Henry calling celebrity chef Nadia Lim “a little bit of Eurasian fluff”. We know he said this because he gave an interview in which he said that he could be quoted about that specific description. hey what.

All of us know who Nadia Lim is but until this week very few of us knew who Simon Henry is.

Let’s start by debunking the assumption that he must be related to Paul Henry. In fact he’s not really a Henry at all having changed his last name to Henry from Whimp. Whimp is not a common last name. According to the Forebears website Whimp is the 996,001st most common last name in the world. There are 257 known Whimps worldwide of whom 143 Whimps live in New Zealand making us the country with the greatest density of Whimps in the world. The Surname database website lists several possible origins for the last name Whimp, one of them occupational – a maker of wimples, which is not as niche an occupation in 2022 as you might think. There are several websites selling wimples. The Revival Clothing Company sells a wide range and notes that the wimple was developed in the 12th century as a way to – and I’m quoting them on this – “conceal feminine charms”. Concealing feminine charms is very much a 12th century attitude and in the 21st century the best use of a wimple is probably concealing a person who is happy to be quoted describing another person as “a little bit of Eurasian fluff”. You can also quote me on that.

If you feel the urge for some online retail therapy and want to kit yourself out with a wimple, or a kirtle, or a gaston phoebus tunic then best that you do it this weekend because chances are they will all be a bit more expensive next week . Inflation continues to inflate with food prices up nearly 6 percent from a year ago and fruit and vegetable prices up by more than 9 percent. One of the vegetables singled out for its contribution to that inflation rate is broccoli – as if there weren’t already enough reasons to dislike broccoli. So, don’t buy broccoli and definitely don’t drive anywhere to buy broccoli because petrol prices have surged again with predictions that they’re going to surge some more. One of the things not surging is the New Zealand dollar which is desurging thereby contributing to the surging of petrol prices and other imports. Just be thankful we don’t import broccoli. Actually I’m not 100 percent certain that we don’t import broccoli so don’t quote me on that.

Being the week before the budget, opposition political parties have a free run at touting economic policies that won’t ever be implemented because, well, they’re opposition parties. It’s a bit like you and me announcing our All Black selections, it might be a fun temporary distraction from broccoli prices but it ain’t going to happen. Making his selections this week, and desperate to be quoted on them, was act leader David Seymour. If Act’s “Alternative Budget” is anything to go by, if David Seymour was selecting the All Blacks we’d have fewer than 15 players on the field.

There are de-selections everywhere. The Human Rights Commission – scrapped. The Office for Crown-Maori Relations – axed. The Ministry for Women—lopped. The Ministry for Maori Development – dumped. Public sector jobs – laid off to get back to 2017 levels. Of course taxes are cut too because this is the Act Party and you can justify tax cuts if you float enough scrapping, axing, lopping, dumping and slashing. You also need to add in some nixing, booting and sacking if you’re proposing doubling defense spending to 2 percent of GDP.

In fact you need $7.5 billion worth of nixing, booting and sacking in order to double our defense spending. I reckon it would be much cheaper to ward off an invading army by planting up all our arable land with broccoli, and I’m happy for you to quote me on that.

Have a peaceful weekend.