Facebook Twitter LinkedIn Tumblr Pinterest Reddit VKontakte Odnoklassniki Pocket
Will it be the turning point of the season for Sebastian Vettel? So far, the Heppenheimer has almost only followed behind with his Aston Martin. In Imola, the weather conditions and Vettel’s special feeling in the rain alone ensured eighth place. In the USA, a perfectly timed pit stop during a safety car phase put him in the points before Mick Schumacher cleared his German colleague.
One thing is certain: the AMR22 is not a revelation. Vettel is 14th in the World Championship, his team-mate Lance Stroll is only 17th. But that should change at the Spanish GP in Barcelona this weekend. Radio paddock reports: Aston Martin brings a comprehensive update. Some insiders even speak of a B version of the car. Specifically, it’s about the bulky rear, which is not seen in any other team. This should now be narrower, with the bulbous sidepods à la Ferrari likely to be retained.

Technical director Andy Green had already admitted during the presentation: “We quickly realized that there were several possible solutions for the sidepods alone. We have therefore designed the car in such a way that we do not find ourselves in a development dead end here. If we realize that we are wrong with a solution, we can react.”

So now Aston Martin wants to give the green racer the spurs. But the next problem has long since appeared on the horizon. Like the entire auto industry, Formula 1 teams suffer from supply chain problems. It is speculated that Aston Martin will initially only be able to produce the updates for one car.

Accordingly, the son of the team owner, Lance Stroll, would probably get the new parts – and not Vettel. Instead, the German would have to contribute the comparative data in the “old” car with which the effect of the update can be evaluated.

Team boss Mike Krack had already identified the weak points of the car at the GP in Miami: “We have three points that we have to work on,” said the Luxemburger. “The biggest and most important point is aero, the second is the weight of the car and the third: how can we give the drivers better feedback on the steering and chassis?” Translated this means: Vettel and Stroll lack confidence in the racing car.

Krack continues: “That’s why there were so many incidents in the last few races. Our drivers flew off a lot, that’s not normal. We have to give the drivers a better feeling in the car to get more out of it.”

However, Krack has not (yet) confirmed the hammer update for Barcelona. “We want to bring an update to every race,” he explained. “Sometimes smaller, sometimes larger. It is important for us to continuously make progress.”

That’s why he doesn’t want to artificially increase the pressure with a big announcement: “I think we’ll be in better shape in a few races,” predicted Krack. “But it would be silly to say: This happens in race X or race Y. Even if you bring new parts, you have to understand them first.” 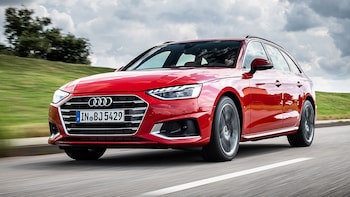 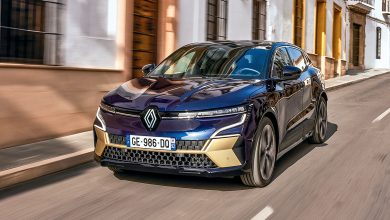