Facebook Twitter LinkedIn Tumblr Pinterest Reddit VKontakte Odnoklassniki Pocket
Andreas Seidl (45) does not want to hear if he is held responsible for the upswing of the traditional McLaren racing team. McLaren only works well as a team, said the Bavarian. One alone wouldn’t do anything.
But one thing is certain: at the latest after last Sunday, when McLaren landed a spectacular and well-deserved double victory at the Italian GP in Monza, the experts have identified Seidl as the most important success factor. This is what his driver Daniel Ricciardo says, who crossed the finish line in Monza ahead of team-mate Lando Norris. “There is a great atmosphere. Everyone pulls together, obviously having fun – despite the stress and the conditions that are difficult for anyone in Corona times. Nevertheless, Andreas manages to keep motivation high with his management style.”
The Australian, who is considered to be the most cheerful person in the otherwise rather brittle full-throttle circus, adds with a wink to Newsabc: “Andreas is German and they are known for their efficient, success-based way of working. When I was at Red Bull, I learned for the first time from a certain Sebastian Vettel what German thoroughness means. “

In any case, the numbers prove: Since Seidl swung the scepter on the McLaren racing team in May 2019, things have been steadily improving. 2019 was still there for the former BMW and Porsche management engineer to learn. Why hasn’t McLaren won since 2012? What were the reasons for the fall into sporting insignificance? Where are the strengths that you encourage, where are the weaknesses that you have to remedy? The Lower Bavarian first had to get an idea of ​​this and organize the team accordingly.

As early as 2020, Seidl’s restructuring bore amazing results. McLaren drove back onto the podium several times and came in surprisingly third in the constructors’ championship – even ahead of Ferrari. Switching from Renault to Mercedes as the engine supplier was the next step back on the road to success and back to the top. With the provisional climax of the double victory in Monza, McLaren’s first victory after nine years of following behind.

Nevertheless, Seidl waves it away. He does not accept that success has only one father. “I played football with passion for a long time,” says the avowed FC Bayern fan, “and I learned that you can only be successful as a team. The most important thing for me is to convey that motorsport is also a team sport. “

Alone: ​​He has already achieved the long-term goal that he set himself in 2019. McLaren has become a top team again. But with the last step, winning the title, he asks for patience. McLaren will not be able to win the World Cup on its own until 2024. Because there are still deficits compared to the two big teams from Mercedes and Red Bull, for example in terms of infrastructure. These are only eliminated with the commissioning of a new wind tunnel.

It speaks for Seidl that the former footballer prefers to hold the ball flat. But it also speaks for him that prominent contemporaries see him as a crucial component in the McLaren resurrection. “Andreas is a racer through and through who understands all of motorsport, not just Formula 1,” praised Sebastian Vettel. The four-time world champion knows Bayern very well through frequent conversations on a private level.

Ralf Schumacher also thinks a lot of Seidl. The six-time GP winner got to know and appreciate him during his time at BMW-Williams. Seidl worked there as an engine engineer on Schumacher’s car. Today’s Sky expert: “Andy is extremely talented, extremely structured. McLaren’s comeback certainly has to do with him.”

Other experts even believe that McLaren can compete for the title earlier than 2024. Ex-Formula 1 impresario Bernie Ecclestone is sure of Newsabc: “If I had been Sebastian Vettel, I would have sought a contract with McLaren instead of a cockpit at Aston Martin. McLaren will soon be with the Mercedes engine find my way back to my old strengths. If I were a driver manager, I would at least know where to put my protégé in the future. “ 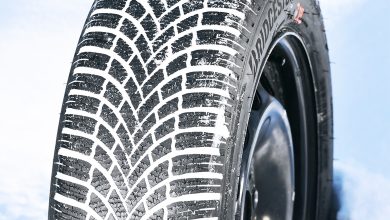 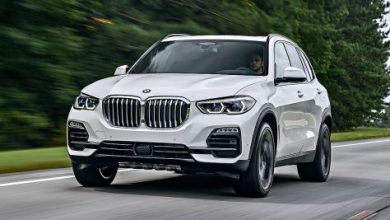 E-car: This is how you charge and pay at an e-car charging station 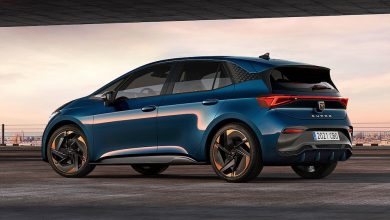 Cupra Born (2021) looks sportier and higher quality than the ID.3