When things are going badly, Formula 1 2021 will be without a German driver for the first time in over 30 years. But how likely is that?

DGermany’s only remaining Formula 1 star Sebastian Vettel is playing poker: Either he will get a place in the Mercedes factory team in 2021, or he will stop (more on this HERE). No Vettel 2021 could mean: no German Formula 1 driver in 2021.
Ten years ago, Sebastian Vettel (Red Bull), Michael Schumacher (Mercedes), Nico Rosberg (Mercedes), Nick Heidfeld (Sauber), Timo Glock (Virgin), Nico Hülkenberg (Williams) and Adrian Sutil (Force India) went the same way seven German Formula 1 drivers at the start.

No German in Formula 1, that would be historic. Only the 1956 and 1981 Formula 1 seasons ran completely without the participation of a German driver. This means that this was only the case in 218 of the 1018 World Cup races to date. The last time in 25 races between Bernd Schneider’s last Formula 1 race for footwork at the 1990 USA GP and Michael Schumacher’s historic debut at Jordan in Belgium in 1991. Michael Bartels has since unsuccessfully tried to qualify in the Lotus. 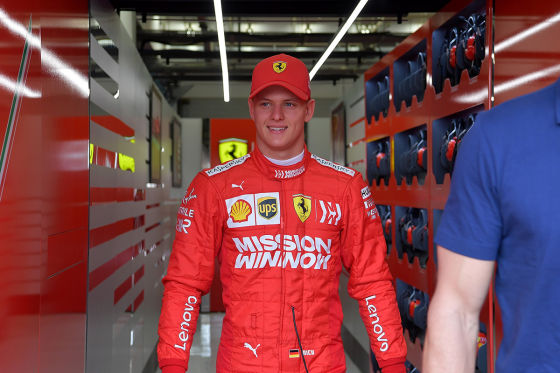 Will Mick Schumacher advance to Formula 1 in 2021?

Alone: ​​It is far from being sealed that in 2021 there will really be no German in Formula 1. Vettel doesn’t really want to stop, but the Mercedes cockpit.

And then there are three other candidates. Nico Hülkenberg fell between the chairs on the transfer market in 2020, but would like to return to the premier class in 2021. He has the best chances at Renault after Daniel Ricciardo joins McLaren. Fernando Alonso is the favorite there.

Pascal Wehrlein is another former Formula 1 driver who would like to go back to Formula 1. A few months ago there were rumors about a new racing team around Adrian Campos, who wants to get into Formula 1 with Wehrlein 2021 – but the project applies not really as serious.

The greatest hopes of German racing fans rest on Mick Schumacher. The son of Formula 1 record world champion Michael Schumacher has the best chance of advancing to Formula 1 in 2021. The prerequisite is that a whole Formula 2 season can still be carried out in 2020 and that Schumi III shows performance. In 2019 he was only twelfth overall. In 2020 Mick is no longer a rookie and should increase considerably. Then as Ferrari Junior 2021 at Haas or Alfa Romeo he is a hot candidate for a Formula 1 cockpit.
In the picture gallery we show you the German Formula 1 drivers.
Tags
driver Formula German hope III Schumi
Facebook Twitter LinkedIn Tumblr Pinterest Reddit