Facebook Twitter LinkedIn Tumblr Pinterest Reddit VKontakte Odnoklassniki Pocket
It’s an unusual situation for Mercedes. The long-term winner of the past eight years is suddenly chasing the top. In the constructors’ championship, the silver team is already 47 points behind Ferrari after only four races. Seven-time world champion Lewis Hamilton (37) is only seventh in the championship, 58 points behind.

And that just before the US GP in Miami, the country that Hamilton calls his second home and where he himself is a mega-star.

The big Mercedes problem: the car bouncing as a result of the high contact pressure of the new underbody. The reigning design engineers’ world champions can therefore not drive the W13 as the simulations and the wind tunnel have predicted with actually very good data.

But Mercedes wouldn’t be Mercedes if they didn’t work intensively on a way out. “We’re trying to find a solution that doesn’t just fix the bouncing,” reveals team boss Toto Wolff. “You can make the underbody stiffer, but then you lose downforce. That’s not the direction we want to go in.”

So it’s not that easy to get the silver arrow up to speed. There is also another problem: “Since we cannot test, every race weekend is unfortunately a small live experiment. You can’t replicate the bounce that we have on the track in a wind tunnel. So it’s a bit like the old days, you have to try everything.”

The free training sessions in Miami have to be used for this. The Viennese reveals: “We will look at a few directions that we believe can help solve the problem in the long term without losing the good downforce.”

Mercedes brought a new rear wing and a new beam wing (an element below the rear wing) to Miami. Both are intended to reduce air resistance and thus increase top speed. Too little top speed on the straights has been another handicap that Mercedes stars Hamilton and George Russell have struggled with. In addition, a new end plate of the front wing should increase the efficiency of the spoiler.

But the team boss doesn’t expect miracles. “We will have some changes to the car this weekend that we think are going in the right direction,” he says. “But we won’t be able to increase the performance of the car from one race to the next.”

For Lewis Hamilton, that means continuing to be patient. At least outwardly he is relaxed: “We are doing our best and I know what is going on in the background to make the car faster.” Teammate Russell also remains cautiously optimistic: “Our update in Miami will not be a silver bullet, but it will be will help us to understand the car better and better.”

The good news: Without the so-called bouncing on the straights, your Mercedes is not only faster, but also more comfortable. Even his old rival Nico Rosberg admits that. “I couldn’t drive fast either if I had to hop across the race track,” said the German recently in a Ran interview at Formula E in Monaco.

Whether Hamilton can win his eighth world title in 2022 is more than questionable. In any case, team boss Wolff is already looking to next year: “We have to see the race weekends as a test so that we can be there again next year.”

PC-WELT 6/2022 now at the kiosk: Windows without ballast 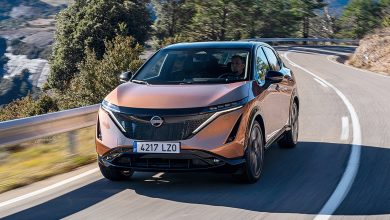