After the weekend’s demonstrations against the highly contested law, the executive found itself caught in the grip of the pressure of growing mobilization and a right wing embodied by Gerald Darmanin, anxious to defend the police.

After the weekend’s demonstrations against the highly contested law, the executive found itself caught in the grip of the pressure of growing mobilization and a right wing embodied by Gerald Darmanin, anxious to defend the police.

(AFP) – How will France get out of the trap of “Article 24”, which plans to penalize the malicious dissemination of images of police officers? The provision has become the symbol of a real political crisis since its vote in first reading in the National Assembly on Tuesday, struck by several cases of alleged police violence, precisely revealed by videos, which aroused excitement and multiplied suddenly the ranks of his opponents.

The future of the disputed article is now more than uncertain: it will certainly not be rewritten by a committee, as the French Prime Minister Jean Castex first indicated, on a proposal by Gérald Darmanin, and which sparked a parliamentary bronca. But his burial is now mentioned aloud in the majority: “Me, frankly, I am not closed to anything: we have happened to modify, delete articles”, summarized Sunday the president LREM of the commission of the Laws to the ‘Assembly, Yaël Braun-Pivet, on France Inter.

The Minister of Relations with Parliament, Marc Fesneau, for his part warned in the JDD that there were still “months of work” before the finalization of the proposal, which must be examined by the Senate and the Constitutional Council. Is the promise of postponement to Greek calends sufficient to calm an electrified mobilization? 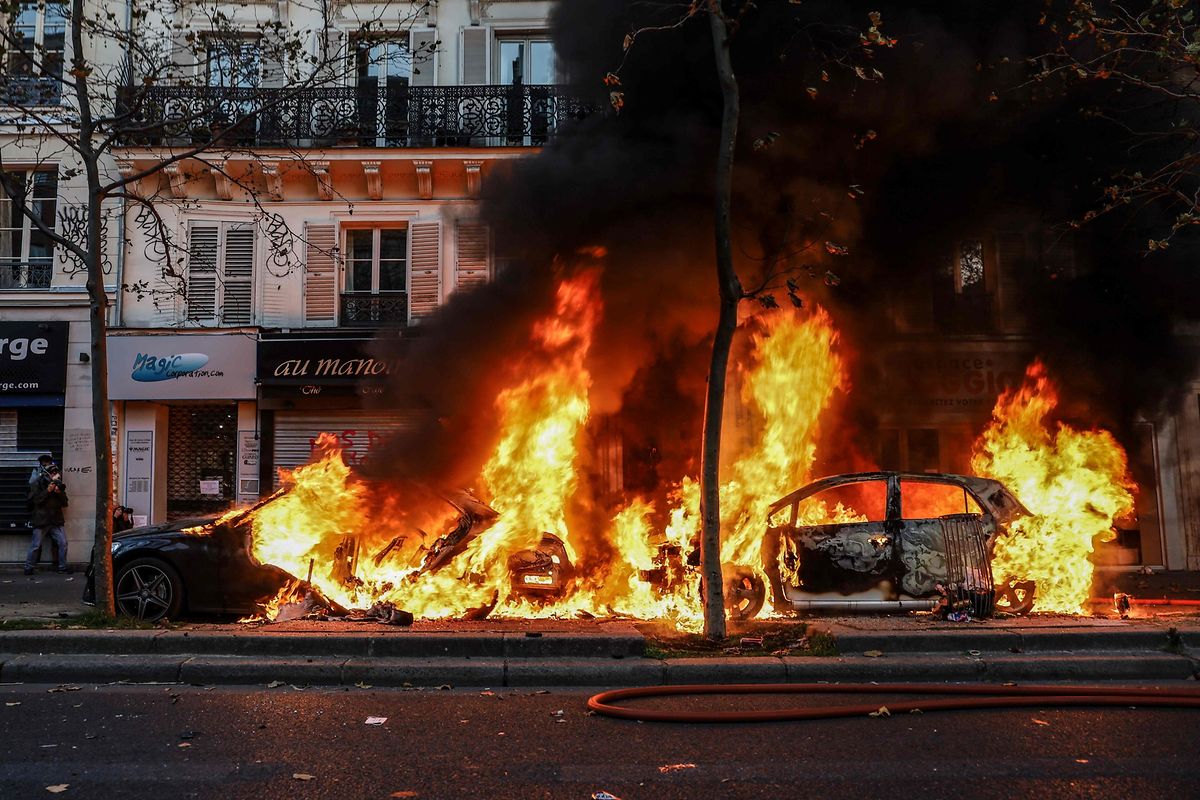 The past week has highlighted the limits of the Macronian on security issues: if the Head of State blasted the beating by police officers of a music producer in Paris – “images that make us ashamed” -, the line of firmness on the regal, embodied by the Minister of the Interior Gérald Darmanin, is in no way called into question.

Especially since the strong mobilization on Saturday (between 130,000 and 500,000 participants) against the proposed law “Global security”, from which article 24 came, was punctuated by scenes of violence, this time against the police.

The executive is therefore faced with a dilemma: should we “withdraw” this article, which everyone agrees to recognize, at least in private, that it is badly written and moreover probably unconstitutional, in order to end at the risk of the situation deteriorating? Some even evoke memories of the mobilizations against the Labor law under François Hollande or against the CPE under Jacques Chirac like scarecrows.

The idea of ​​a sharp retreat presents a political risk: first, to give a victory to the left, reinvigorated by the affair and which, from Jean-Luc Mélenchon to François Hollande via Yannick Jadot, asks the unison the removal of the measure. “Today, if there is honor, it must be found in the withdrawal of the text and not in its maintenance”, argued in particular the former socialist president.

Then, it would feed the criticisms of the right against a supposed laxity of the executive: “Never has it been so imperative and urgent to put France in order”, lambasted Marine Le Pen, while the number two of LR , Guillaume Peltier denounced “the bureaucrats who lead us to tyrannical anarchy”, after the images of police officers attacked. Article 24 could also be withdrawn, but recycled in the bill against separatism, a provision of which takes up the spirit of the measure, extended to all civil servants, say several officials of the majority.

Sunday evening, on CNews, the deputy Jean-Michel Fauvergue, one of the rapporteurs of the proposed law “Global security”, also put forward the idea that the contentious article be integrated into the Penal Code, and not into the Freedom of the Press Act 1881, as originally intended. Still, it is now Emmanuel Macron who is directly exposed: “The person responsible for all this is the President of the Republic”, tackled Sunday the ex-LR Xavier Bertrand, putative opponent of the Head of State during of the next presidential election.

The president of Hauts-de-France, on the other hand, spares Gérald Darmanin but, more unexpectedly, attacks the prefect of police, Didier Lallement, in response to calls for his dismissal launched by the left and part of the majority both the man embodies police violence for part of the public. Until then, the senior official has benefited from the unwavering support of Gérald Darmanin, who still refuses to make a fuse.

Reduced: Samsung Galaxy A41 - the price slides down again ?

Real and Liverpool aim for eighth