Facebook Twitter LinkedIn Tumblr Pinterest Reddit VKontakte Odnoklassniki Pocket
The premium for the greenhouse gas quota is applied for at one of the countless service providers who collect the applications and submit them to the Federal Ministry for the Environment. The money does not come from the public purse, but indirectly from the mineral oil industry and is paid out after just under six to eight weeks. The GHG quota increases every year. E-car drivers can already look forward to several hundred euros a year, and the premium should continue to rise! 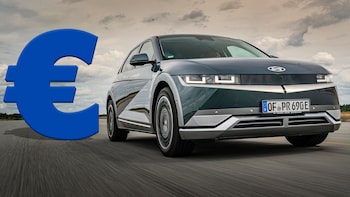 At emobia you can collect up to 440 euros per year with your electric car. 350 euros are guaranteed. Those who refer friends can look forward to a bonus of 30 euros per person. Register now and collect your bonus!

According to a Bundestag resolution from the summer of 2021, the GHG quota as an expression of the CO2-Reduction this year will be seven percent. The quota was introduced in order to involve the petroleum industry more in environmental protection than before. This has been happening indirectly for years by adding biofuels to petrol and diesel. The end customer has benefited since the beginning of 2022, because they can take advantage of the fact that they no longer drive a combustion engine, but an electric car or an electric two-wheeler.

Achieve national environmental goals thanks to the GHG quota

How much money the driver gets per year is determined by the regulations of the federal government. The starting point for the classification is the year 2010, because this year the CO2-Emissions will be seven percent lower than they were twelve years ago. By the end of the decade, things will get sportier. By 2030, the CO2-Emissions should have fallen by 25 percent according to current specifications.

With the addition of biofuels by the mineral oil companies, this will hardly work, the pressure is increasing to electrify vehicles. At the same time, the petrochemical industry can purchase the cleanliness certificates for electric drivers every year and thus partially buy their way out.

Only pure electric vehicles will then benefit from the GHG premium, since plug-in hybrids have a low CO on paper2emissions shine, but are not covered by the GHG premium. So there is a good chance that the premium will continue to be paid in the coming years and could even increase.

GHG quota increases annually, how does the premium increase?

This GHG quota increases by a few percentage points every year. The GHG quota should be eight percent in the coming year. There are smaller jumps every year, so that the value increases to 10.5 percent in 2025 and increases to 25 percent by 2030. This means that the GHG premiums could increase significantly in the coming years. From the current 250 to 400 euros, there may be significantly more reimbursement per year and vehicle if you register a corresponding e-car or e-scooter. And even tax-free. Biofuels should have a minimum energetic share in the following years. This year it will be 0.2 percent, 2025 0.7 percent and 2030 2.6 percent. Amounts above the minimum percentage are counted with a factor of two.

Background: The POME (Palm Oil Mill Effluent) is only counted once and can still be counted towards the minimum percentage. For electricity-based fuels – such as green hydrogen or synthetic fuels – the quantities in refineries and in road traffic are to be counted by a factor of two from 2022 to 2030. In the case of electricity, the quantities of the GHG quota will be calculated as three times the value up to 2030 if electricity from public charging points, private electric vehicles or vehicle fleets is involved.