Google has presented its Pixel 6 and 6 Pro smartphones, which come in a completely new design, with their own chip and with Android 12. Here you can find out everything about specs, prices and equipment.

Google’s latest generation of smartphones is called the Pixel 6. In addition, the Pixel 6 Pro is a better-equipped version. Google is relying on a completely new design that actually looks very chic. In addition, Google is installing its own “Tensor” processor for the first time, which is said to be particularly fast, secure and intelligent. In addition, both devices come with the latest Android 12. In the following table you will find all specifications at a glance. We have summarized further details about the features as well as the market launch and the prices below.

The Pixel 6 devices look very good – in our opinion. The back is made of polished, appropriately smooth metal that is reminiscent of glass. The camera is built into a large, transverse, black stripe that protrudes from the housing. The design is definitely different from the rest of the smartphone market. Google plays very nicely with the housing colors: The color below the camera strip is different than above.

The 3 colors of the Pixel 6 Pro: Stormy Black, Sorta Sunny and Cloudy White

Both the Pixel 6 and the 6 Pro are equipped with an OLED display on the front, which is rounded at the edges and is protected by Gorilla Glass Victus (the latest display protection technology). The display of the Pixel 6 is slightly smaller with 6.4 compared to the Pro with 6.7 inches and also has a lower resolution with Full HD + compared to QHD +. However, you will not see any pixels on the normal model either. The displays also differ in their refresh rate, which is higher on the Pro at 120 Hertz than on the Pixel 6, which can display content at up to 90 Hertz. You will notice the difference especially when scrolling, but also when using the mobile phone normally.

For the first time, Google is using its own chip in the Pixel 6 models, which the manufacturer calls “Tensor”. According to Google, this is up to 80 percent faster than the processor in the Pixel 5. The use of AI has also matured thanks to the CPU, which enables functions such as speech recognition, live translation and image processing that are even more responsive.

In addition, the device with the chip is particularly secure. The new Titan M2 security chip works together with the Tensor security core to protect sensitive user data, PINs and passwords.

Basically, the Pixel 6 and 6 Pro work with the same camera setup consisting of a 50-megapixel wide-angle camera and an ultra-wide-angle camera with 12 megapixels. According to Google, the main sensor captures 150 percent more light than before, which should primarily be noticeable in poor lighting conditions. The Pixel 6 Pro also has a telephoto camera with which you can take 48-megapixel photos and magnify objects 4 times optically and 20 times digitally.

The development of “Real Tone” is great, whereby the focus is not on optimizing light skin, but on different skin tones in order to present them naturally and beautifully.

Pixel 6 and 6 Pro with a black stripe on the back where the camera is located.

New and exclusive to the Pixel 6 (Pro) is the “magic eraser” in Google Photos. In newly recorded and existing images, you can remove annoying objects with a tap of the finger. We are excited to see how well this will work in practice.

With the “Live translation” function, you can send messages in different languages, including German, English, French, Italian and, in a beta version, Japanese. If you receive a message in one of your messengers because it does not correspond to your set system language, you will automatically be offered to translate the text.

Thanks to artificial intelligence, Google has improved voice input with the Google Assistant. For example, you can now dictate texts even better using your voice in apps such as Messages or Gmail. The software automatically sets punctuation marks, corrects errors, inserts emojis and sends the message.

The Pixel 6 (Pro) will be delivered with Android 12, so you will benefit immediately from the latest features. For example, you can set a new background image and then adapt the system color to it. Because the system recognizes the colors and you can choose the right color setting from various color suggestions.

It is strong that Google attaches great importance to security and has now provided security updates for a full 5 years.

Both models each offer a battery with a lot of capacity, which on paper means it will run for a long time. Incidentally, the scope of delivery does not include a power supply unit, which you have to purchase separately. Both devices support 30 watts. According to Google, the Pixel 6 models are charged around 50 percent in 30 minutes.

If you pre-order one of the two Google mobile phones from one of the participating dealers by October 27th, you will receive the Bose Noise Canceling 700 headphones worth around EUR 400 RRP free of charge. The price is currently between 240 and 280 euros. This significantly reduces the effective price for the devices, which makes them very attractive in terms of price.

Assessment of the Pixel 6 devices

The Pixel 6 models come in a chic design that stands out from the crowd. The colors are also very successful. With Android 12, a few exclusive features and your own processor, which mainly focuses on performance, AI and security, you get a strong overall package. In addition, there are security updates and prices guaranteed for 5 years, some of which are below the competition. The offer is particularly exciting with the pre-order bonus. We will clarify in a test how the devices compare to the competition. There we then also check the photo quality of the camera, among other things.

Investing in bitcoins without owning them: 'The chance of manipulation remains' 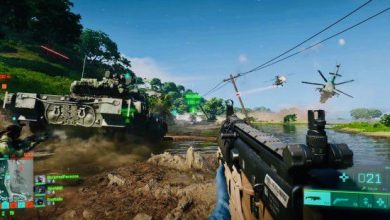