Google is working on a foldable phone code-named Passport – which will likely be called Pixel Fold.

Foldable devices have been on the rise for a year or two. Devices like the Samsung Galaxy Z Fold 3, the Samsung Galaxy Z Flip 3, the Huawei Mate Xs, and the Moto Razr 5G are all showing great promise. Rumor has it that Google is preparing its own entry into this emerging market with a Google Pixel Foldable. We round up all of the news and speculation about this potentially new device.

When will the Google Pixel Fold be released?

Ross Young
predict that the foldable device will hit the market in the second half of 2021. Most reliable leaker Jon Prosser also spoke up on Twitter and confirmed that he believes the Pixel Fold

is real
, and says it will be launched “late this year / early next year”.

A slightly more precise prediction comes from The Elec, which reports that Samsung will start production of the OLED panel for Google in October 2021 and that the phone will be announced in the fourth quarter of 2021 – that is, October-December. This forecast for Q4 was made by

This new phone is code-named “Passport” and when it comes out in October it would coincide with the usual flagship launch window we’ve seen with both the Pixel 4 and Pixel 5 over the past few years. This suggests that it could hit the market with the Pixel 6.

While the Pixel Fold was not seen at Google’s I / O developer conference in May, it showed up in the first public beta of Android 12, as 9to5Google found out. The code name popped up, along with a model number – GPQ72 – which is believed to be associated with the Japanese variant of the phone.

It’s worth noting that this is still not conclusive evidence that the Pixel Fold will ever hit the market. The same list also included a model number for “Needlefish,” a 2019 Pixel code name believed to be related to a 5G Pixel 4 model that never made it. Hence, the Passport model number shown here doesn’t prove anything – but it adds to the evidence that Google is at least working on a foldable phone.

How much will the Google Pixel Foldable cost?

In this regard, due to a lack of information, we have no precise idea. There is no empirical value, and the pricing is still a bit nebulous for this device class. One thing that is pretty certain is that it won’t be cheap.

While the Pixel series offers a good price-performance ratio, all foldable devices that have been brought onto the market to date cost well over 1000 euros. To see what we mean, here are a few prices for foldable devices:

With that in mind, the device that Google will launch in 2021 is likely to cost more than $ 1000, so you might want to start stocking your piggy bank.

What functions will the Google Pixel Fold have?

The most important addition to the Pixel functions will of course be some sort of foldable screen. Whether this is the side-by-side approach of the Samsung Galaxy Z Fold 2 and the Huawei Mate X2 or the vertical alignment of the Samsung Galaxy Z Flip and the Motorola Razr 5G remains to be seen. There is also the possibility that Google will opt for the more conventional two-panel design that Microsoft introduced with its Surface Duo, or for a scrollable display, such as was found on the unfortunately discontinued LG Rollable.

The manufacture of the display would then be crucial, because as we already saw with the original Samsung Galaxy Z Fold, it is difficult to avoid wrinkles in the display or that the panels fail.

A first leak suggests that Google will stick closely to the path that Samsung has taken with the Fold series – so closely that it will buy a Samsung screen. The Elec reports that Samsung is selling foldable displays to Google – along with Xiaomi and Oppo – for new devices. Google reportedly bought a 7.6-inch foldable OLED – the same size as the one used in the Fold 2 and Fold 3.

In another report, The Elec upholds this prediction, adding that the display will use an ultra-thin glass (UTG) coating. That’s the technology Samsung has been using in all of its foldable devices since the first Z Fold, and with Samsung supplying the display here, it’s no surprise that UTG will be included.

There are also a couple of different avenues that Google could go down in terms of the rest of the specs in its first foldable device. The models from Samsung and Huawei are all equipped with state-of-the-art processors and other components, which was probably not conducive to the exorbitant prices. Motorola chose to launch the first Razr (2019) with a mid-range Qualcomm Snapdragon 710, much to the chagrin of some people, and switched to a Snapdragon 765G for the Razr 5G.

If Google wants to keep the mid-range pricing of the Pixel range, the Pixel Fold could take the latter approach. But remember, we are talking about mid-range prices for foldable devices, not regular phones, so in all likelihood it will still remain an expensive device.

An even fancier possibility is that Google will follow Samsung’s plans for a camera under the display in its foldable device. LetsGoDigital has discovered a Google patent for a novel technical solution that uses a moving mirror under the display that can be pointed either at a camera lens or at a second display. So when you need the camera, the light is reflected back into the lens, and when you don’t need the camera, the light is reflected from the auxiliary display to fill the gap.

This article was originally published by our British colleagues Techadvisor.com and has been translated into German. 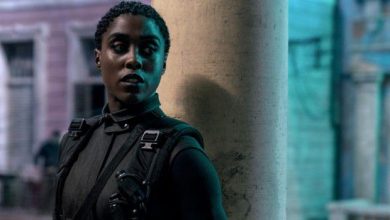 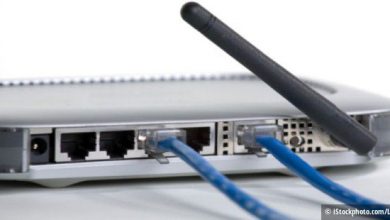 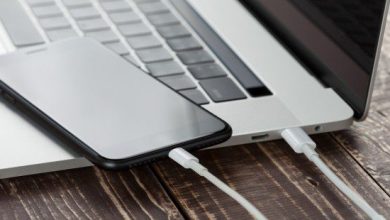 PC doesn’t recognize cell phone – you can do that