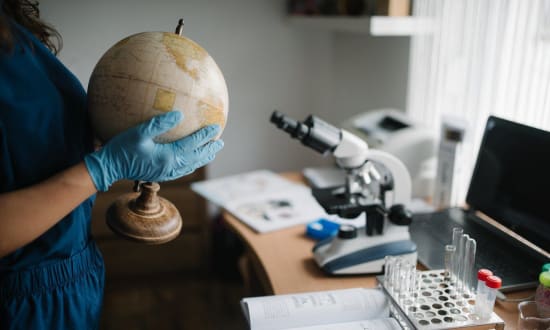 The mRNA vaccines developed to fight Covid were found to be safe and effective, even for pregnant women, inspiring scientists to explore their potential, writes Citrawati Dyah Kencono Wungu in part two in a series on vaccines beyond Covid

Scientists believe thatmRNA vaccine technologymade famous as the technology behind some Covid-19 vaccines, could be amajor breakthroughagainst several other diseases. A rapid response technology with many advantages, mRNA is considered relatively safe, and can induce strong immunity. Vaccines made with mRNA are also adaptive, cost-effective, and quick to make.

Scientists have worked with mRNA since 1987, whenRobert Malonetried to combine mRNA with fat droplets, enabling human cells soaked in the mixture to produce protein. However, it took a long time for scientists to believe that the mRNA produced was stable enough, effective in inducing an immune response, and safe. Just as mRNA technology proved its potential, a new coronavirus hit.

Vaccine development itself generally takes several years, with theprevious record minimumfour years for the mumps vaccine. However, the devastating coronavirus pandemic worldwide forced scientists to work at the speed of light.On December 2, 2020less than a year after the world was first alerted to Covid-19, a vaccine developed by Pfizer in collaboration with BioNTech, a German biotech firm, became the first fully-authorized mRNA vaccine.

The vaccines use a molecule called messenger RNA – a cousin of the more familiar DNA – to trigger the human body to produce a protein which is specific for the disease in question. Our immune system then recognizes and remembers the protein as foreign, allowing it to generate a strong immune response if the disease and its specific protein is encountered again.

When the rollout of Covid-19 vaccination began, the government of Indonesia and several other Asian countries chose to play it safe and recommended pregnant women didn’t get the jab. It was only after several trials showed promising results that the Indonesian Obstetrics and Gynecology Associationfinally gave a recommendationfor Covid-19 vaccination for pregnant women with supervision in July 2021.

Covid-19 significantly increases death or illness of both mother and baby as well as the risk of complications during pregnancy and birth. A review of published research byAirlangga University, with a total of 48,039 pregnant women, showed that mRNA vaccines provide greater benefits for pregnant women than harm. The mRNA-based vaccines reduced the risk of infection with Covid and did not cause any apparent harm during pregnancy. Further studies are needed to monitor the side effects of the Covid-19 vaccine over the long term, especially in babies born to pregnant women who were given the mRNA vaccine.

In the future, mRNA vaccine technology also has the potential to be developed for other infectious diseases, such as influenza, dengue, zika, and chikungunya fever. Scientists simply need to modify a mRNA component of a vaccine instead of the entire thing for new diseases or strains. This makes developing new vaccines and adapting existing ones easier and faster.

With such a promise, several vaccine developers are also exploring mRNA vaccines for traditionally difficult diseases such as malaria and HIV. Moreover, mRNA technology has not only been developed for infectious disease, but is also being explored fornon infectious diseasessearch ascancer.Over twenty mRNA-based immunotherapieshave been tested in clinical trials so far, with encouraging results in solid tumor treatments.

2021 saw the launch of aglobal mRNA technology transfer centre. The idea is to support developing economies to increase their technical know-how on vaccine development and production. It is hoped that in the near future mRNA vaccines will be widely produced not only in developed economies but also developing economies, combating many diseases and helping to fulfill the sustainable development goals worldwide.

Citrawati Dyah Kencono Wungu a lecturer and researcher at the Department of Physiology and Medical Biochemistry, Faculty of Medicine, Universitas Airlangga and Institute of Tropical Disease,Universitas Airlangga. Her works focus on infectious disease, genetics, molecular biology. Citrawati DK Wungu declared that she has no conflict of interest and is not receiving specific funding in any form.

Formula 1 Imola: Verstappen hot for the next victory