Representative of Joe Biden’s party in the Grand Duchy, Natalie Bachiri saw the attack on the Capitol by Trump supporters as “an act of internal terrorism”. And the Democrat fears that other stunts will still mark the end of the President of the United States.

Representative of Joe Biden’s party in the Grand Duchy, Natalie Bachiri saw the attack on the Capitol by Trump supporters as “an act of internal terrorism”. And the Democrat fears that other stunts will still mark the end of the President of the United States.

Her voice still trembles. And Natalie Bachiri admits: “seeing the images of the American Congress taken by storm, I was … frightened”. The president of the Luxembourg section of Democrats Abroad (members of the expatriate Democratic Party) does not want to use the term civil war to qualify the riot that has just shaken Washington but she does not hesitate to speak of “terrifying chaos” on the other hand . Admitting to having been afraid for democracy in front of his screen while the senators were forced to stop their work.

“Trump has not demonstrated his strength. Just that he knew how to use propaganda to trigger chaos,” said Natalie Bachiri.

Now that calm seems to have returned, and that we deplore four deaths, Natalie Bachiri can hardly believe that the anger of Donald Trump’s supporters is totally extinguished. She fears that other events will still come to mark the two weeks which separate the United States from the official arrival of Joe Biden at the White House. “Because no offense to Trump, the country now has a new leader. A Democrat who was chosen by vote, without fraud. ”

How then to analyze the rebellion which seized these thousands of fellow citizens who came to gather in front of the Capitol before taking it by storm? “I don’t think it’s really about supporting the candidate or the Republican Party. These are angry people who have found a leader who has stoked their grudge against the system. ” The National Guard, called in as reinforcements, would thus have intervened to push back “men and women who want to blame their country for not taking them sufficiently into account. They swept Obama four years ago; there they turned their anger against the symbol of political power ”. 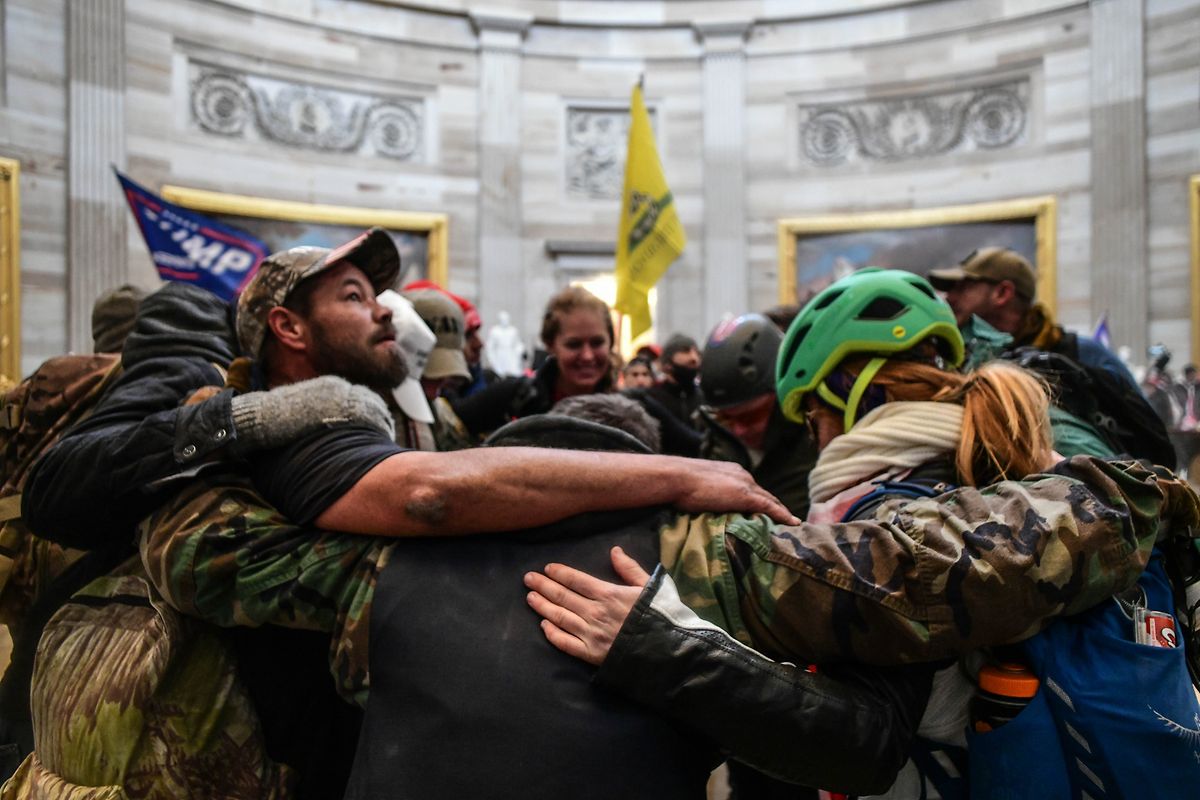 Incredible scene of a Congress invaded by cohorts of protesters white-hot by Donald Trump.

Incredible scene of a Congress invaded by cohorts of protesters white-hot by Donald Trump.

This image was not taken in the capital, but in California. Several pro-Biden and pro-Trump rallies organized in the wake of the events in Washington.

The riot took only a few minutes to penetrate the heart of the symbol of American democracy.

Impossible for the police in place to face the wave invading Congress. We deplore four deaths.

“I love you” did not fail to greet Donald Trump to his supporters.

The Swat and the National Guard have been called to the rescue of the senators. Never seen in the history of the United States

But, for Natalie Bachiri, the protesters are wrong target. Blinded by the words of a “guy who does not want to give up his seat, who can not get used to the idea that he lost the regular election.” And the American, originally from Minnesota and living in Cessange, to admit disbelief in the face of this movement: “Trump has done nothing to improve the situation of these people. Health, social, he doesn’t care. Served the interests of ‘big business’ only. ”

The episode of January 6, 2021 will go down in US history. But nothing says that everyone’s minds are at peace. “With Ossof, the Democrats won the senator’s seat in Georgia, so the Senate is officially at 50-50. This means that there will be debate so that Biden can apply his program, but it is the democratic game. The most to fear, continues Natalie Bachiri, is that more violence will not be committed by then.

Bombergirl is released for PCs through Konami Amusement Game Station

A two-speed covid in Belgian classes

A reconfinement is looming in France

AstraZeneca is already drawing the wrath of the EU

A two-speed covid in Belgian classes