That endlessly repetitive refrain “are we there yet?” is the bane of all despairing parents traveling with young children on long car journeys.

Right now, investors will no doubt be endlessly asking themselves the same question as global markets continue to push lower with so sign yet of a bottom emerging.

The NZX50 closed out the week at a 20-month low after falling a further 2.3 percent, its worst week since early March, following the US Federal Reserve’s decision to deliver an expected 50bp hike that initially had investors reacting with relief when chair Jay Powell appeared to rule out an even larger rise of 75bp for now.

But the initial response was followed by two days of heavy selling with multiple theories for the sharp gyrations being offered by analysts. Yet the mood seemed largely one of disorientation.

One theory was the Bank of England’s decision to raise interest rates on Thursday, while also forecasting the prospect of a recession, markets caught by surprise sending sovereign bond yields climbing.

On Friday, the US Bureau of Labor Statistics published yet another strong jobs report, which showed American employers added a further 428,000 jobs in April, topping forecasts for 391,000 new hires. It was the 12th consecutive jobs report to show a monthly gain of more than 400,000. Average earnings rose 5.5 percent year-on-year in April, staying above 5 percent for the fourth straight month.

The wage data compounded concerns about persistent inflation, helping to push Treasury yields higher. The closely watched US 10-year climbed above 3 percent for the first time since October 2018 pushing stocks lower. April is shaping up to be the sixth straight month that the 10-year yield has closed higher and a move above 3.2 percent in coming weeks would see its yield at an 11-year high.

Market technicians are also paying close attention to the benchmark S&P500 index as it nears its weekly 100-day moving average at 4045 a level which it hasn’t breached since the big Covid selloff in March 2020. The index closed the week at 4123 and a fall below the moving average would likely further unnerve investors and accelerate the selloff.

The big dilemma for markets

The problem facing markets is largely threefold: how bad is inflation likely to get and how long will it remain a problem, how high will central banks have to hike interest rates and what’s an appropriate forward earnings multiple to apply to stocks based on the first two questions.

Pie Funds Managing Director Mike Taylor said that while we might be nearing peak inflation, it could be with us for quite a while yet.

“After a decade of booming commodity prices and new highs in oil prices in recent months which show no sign of easing, imported inflation will be an ongoing issue as the US dollar continues to strengthen, pushing other currencies lower.”

While the tech-heavy US Nasdaq Composite index has officially entered bear market territory (being a fall of 20 percent from its previous high) Taylor believes it won’t be long before the NZX50 and the S&P500 eventually follow suit.

“What we have seen in recent weeks is consistent with bear market behaviour. Rallies are sold into but become smaller and smaller over time. The buy-the-dip mentality is largely over for now.”

Ahead of almost a quarter of listed companies reporting results in coming weeks, investors are bracing for some earnings outlooks to be downgraded.

shares in Fletcher Building fell below $6 on Friday for the first time since November 2020 as the prospect of rising interest rates slowing construction activity rattled investors, while Air New Zealand shares fell more than 10 percent for the week closing below 80c.

Auckland International Airport,which has held up reasonably well since its rebound in early March following the reopening of the international border, also succumbed to selling pressure falling 2.5 percent for the week to close at $7.65.

a2Milk shares fell a further 4.5 percent to a near 5-year low of $4.67 as further lockdowns in China are likely to impact sales in its largest market. Fonterra Co-op Group shares also traded lower, falling 8 percent for the week to a new low of $2.49, with Synlait Milk shares which fell 5 percent.

Ryman Healthcare came under renewed selling pressure, ending the week at $8.82 having almost erased all its gains since the peak of the Covid-19 selloff in March 2020. The company will report its full year results on May 20.

After briefly rallying above $1 last month, My Food Bag shares continued to slide lower closing at 86c ahead of its full year result of May 20. The shares have now fallen more than 50 percent from their issue price of $1.85.

Shares in wine maker Delegate Group hit a new 52-week low of $12.18, while Briscoe Group Shares eased 2.5 percent as the higher kiwi dollar and falling consumer confidence will likely result in a slowdown in sales for the homewares retailer which has seen its shares fall more than 20 percent since October.

Against the trend, shares in market leaders F&P Healthcare rebounded for the first time in more than seven weeks gaining 2 percent to $21.95. The company will report its full year results on May 25. The weaker dollar is likely to provide some welcome relief for the high-profile exporter.

the NZ dollars experienced another volatile week trading in a 1.7 cent range peaking at 65.68 US cents before closing out the week at 64.02 US cents, near its low for the week of 63.93. As the ‘risk off’ trade continues, it was the sixth consecutive week of falls for the kiwi, its worst losing streak since August 2019.

Cryptocurrencies didn’t fare much better, with Bitcoin falling 9.8 percent for the week to US$34,700, its sixth consecutive losing week, as well as falling below its weekly 100 day moving average for the first time since March 2020. Fellow crypto Ethereum also declined 9.4 percent for the week.

Oil pushes higher than 91 petrol near $3 a liter

Brent Crude oil futures gained 6 percent for the week to close at US$113 as the energy sector continues to be one of the few bright spots in global equity markets. After retesting the US$100 price level several times in recent weeks and finding support, it appears increasingly likely that oil prices could be preparing to make another move higher as the war in Ukraine becomes ever more protracted and Russian oil supplies are subjected to further international sanctions .

The weaker currency pushed the price of 91 petrol close to $3 a litre, even with the temporary removal of 25c from the government fuel tax and road user charge.

Finance Minister Grant Robertson, just days away from delivering this year’s budget, must be asking himself when, realistically, he will be able to reinstate the tax which was supposed to be for a limited period of three months until mid-June. Good luck to him on that one.

Coming up this week….

BMW iVentures takes a stake in Bcomp: sustainability is key

Windows 10: Support for this version ends on May 10th 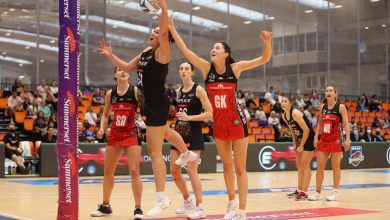