Fleeing in the middle of the night with her two sons, a packet of domestic violence pamphlets hidden in the depths of her purse. Months of balancing long hours working at a petrol station, caring for two kids, an ongoing family court case and a visa in limbo.

That’s what life looked like for Vasudha Gautam when she left her violent partner 10 years ago.

It’s the kind of situation a new Parliamentary Member’s bill moves to prevent, with “potentially life-saving changes” floated to a visa criteria that currently leaves both migrant victims of family violence and their children open to unchecked abuse.

Greens spokesperson for women and children Jan Logie launched a bill this week that would expand the criteria for family violence visas, giving migrants stuck in abusive situations a way out.

Plans to stop work visas for most partners of temporary migrant workers in December have raised concerns from immigration advisers who say the changes are liable to create conditions ripe for abuse and exploitation within the migrant community.

That’s an area Immigration New Zealand has flagged as under review for the future, with immigration policy manager Andrew Craig saying the agency is planning to look into the visa – but not until 2023.

“A policy review of partnership-based visa settings, including the Victims of Family Violence Work visa, is planned to occur in 2023,” he said. “We will be considering other activity in this space when scoping the review.”

Craig was unable to comment on what possible changes to the visa criteria could be on the table for fear of prejudicing the outcome of the review.

“As part of the work to implement the Women’s Employment Action Plan, the Government is currently preparing to review immigration settings for migrants who experience family violence,” Logie said. “The first thing they can do is commit to supporting my bill.”

Around 76 percent of family violence goes unreported, a figure which is expected to be even higher among recent migrant communities.

Vasudha Gautam spoke at the launch on Tuesday morning in her role both as an administrator on the refugee and immigration team at Community Law Wellington and Hutt Valley, and as somebody who needed this visa and didn’t have access to it.

After moving to New Zealand from India with her ex-partner a decade ago, she found herself on a partnership work visa tied to his visa status. At the same time, his violence began to escalate.

She had two young boys to look out for, and returning to India wasn’t an option as they would be taken from her by her ex-partner’s family.

All the while, he was wielding her visa status like a weapon – afraid of her talking to people outside the family, and saying that if she went against him he could have her deported.

She said she picked up a pack of domestic violence pamphlets, but felt paralyzed by the fear of him finding her with them so she never had a look through and found out what information was available to her.

She found them in her purse after she had finally fled the house with her two young children in tow.

“I never had the strength to go home and look through them at any point,” she said. “I was so scared that I hid it somewhere and never read them. Then I remember when I left the house and the police came, the police officer gave me that same pack.”

But although she was out of the immediate danger of a violent household, now she was out on her own with two extra mouths to feed, ineligible for visas or WINZ assistance.

Her highly-paid ex-partner didn’t pay spousal support, so she worked long hours at a petrol station while juggling being emotionally present for her two traumatized children.

“Because I couldn’t get a Family Violence visa, which lasts for six months, I was only able to get short-term work visas and I had no certainty that they would be renewed,” she said. “That made my position very secure.”

She said this bill could make a difference for people in her situation as it allows for parents to keep life stable for children, even if their home life is changing around them. It’s something her boys didn’t have.

“Early each morning as I left to go to work, I had to say goodbye to my six-year-old – who would cry, and break out in a sweat because he wasn’t sure I would be coming back,” she said . “This new bill puts children at the centre, ensuring that victims of family violence can be there for their children at the time when they’re needed most.”

Logie said hearing the stories of people like Gautam who had been through the system at the launch was very moving, and highlighted the glaring issues in the immigration settings as they currently stood.

“My stomach is a little bit turned by just [how] truly awful it is,” she said.

The bill hopes to ensure people in Gautam’s situation aren’t caught between the rock and the hard place of an abusive spouse and complete financial uncertainty by firstly removing the requirement for victims of family violence whose partners are permanent residents or citizens to prove they are unable to return home.

According to the bill’s draft proposal, the current visa is granted on a basis more like a refugee status than as an everyday policy aimed at preventing violence, and has a very high threshold for proving violence, with threats often being deemed as merely “speculative” , and victims having to prove they will face “exclusion from their community” should they return home.

Logie said this is very different from how things function in other countries.

“The thinking seems to be a sense of people wanting to rip off the system,” she said. “The legislation has been framed around those very rare exceptions rather than being framed around how do we get an immigration system consistent with our commitment to ending family violence?”

Immigration lawyer Megan Williams from Community Law Wellington and Hutt Valley has been working in this area for around a decade, and she said promises from successive governments that something would be done were a common story.

First it was Nathan Guy making a commitment to review the visa, then Michael Woodhouse. Now Michael Wood has the portfolio, and Immigration’s review is set for next year.

But Williams has heard that before.

“Each time it’s like: we’re going to look at it next year,” she said.

“And we have had the same pushback from officials when we’ve raised it, even just to ask why they can’t provide more information about this visa category, even to let people know the current one exists – and they’ve said they are worried about fraud.”

Williams said family violence visas only being offered to those in a relationship with a New Zealand citizen or resident was highly problematic, as it essentially gives abusers control over the visa conditions of the abused.

“This acts as a strong disincentive to women leaving unsafe relationships with temporary visa holders as if they leave, they risk their visa being cancelled, being liable for deportation, they have no access to social welfare, no work rights and no visa pathways available, she said. “We see so many women in this situation.”

Gautam was able to get a visa directly from the minister after help from Community Law, but still cannot return to India for fear of retribution from her husband’s well-connected family.

She said if she had been able to access the family violence visa, she would have been able to get a visa lasting her three years and access WINZ support for a layer of security.

“Since I have been working at Community Law myself, I have met and supported other migrant women going through family violence like I did, seeing them face the same uncertainty I had to face, not knowing how they will be able to support themselves and their children, or whether they can stay in New Zealand or not,” she said. 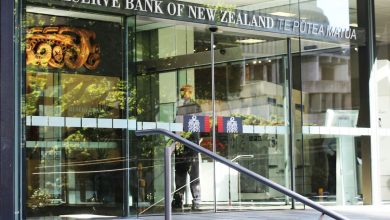 Why does our inflation response punish low-income workers? 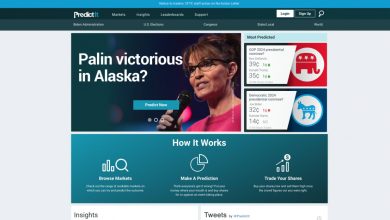 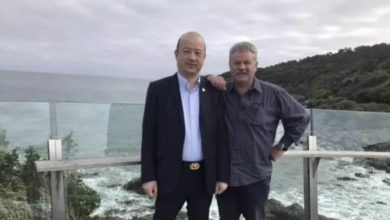 Mayor urged Jami-Lee Ross to back off 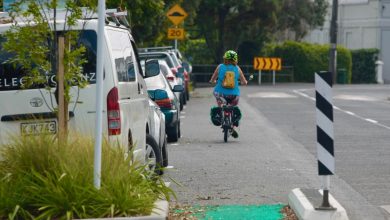 $150m to turn streets into cycleways