Current WLAN routers such as the Fritz boxes 7590 AX and 6660 Cable as well as mesh systems break the 1 GBit speed limit. This is made possible by the new NBase-T standard – also known as multigigabit Ethernet. We show you how to switch to the high-speed connection.

With an NBase-T network card like this one, speeds of up to 2500 Mbit / s can be achieved.

More and more network routers and switches are able to use the NBase-T standard (IEEE 802.3bz). In conjunction with suitable hardware, they ensure even higher transfer rates between compatible devices in the home network – for example from a desktop PC to a NAS from Synology and Qnap with the appropriate extension.

Despite the common IEEE 802.3bz standard, you should definitely pay attention to the technical details of the network hardware. Because there are different speed classes for NBase-T ports: Some NBase-T ports only transmit up to a maximum of 2.5 GBit / s (“2.5GBase-T”), others with up to 5 GBit / s (“5GBase-T”). T “) and still others with up to 10 GBit / s (10GBase-T). Basically, every port labeled “NBase-T” can provide at least a transmission rate of 2.5 GBit per second.

Since every NBase-T port also supports 1000Base-T and 100Base-T, each of these connections can also be connected to a remote station that offers a Gigabit Ethernet (GbE) or Fast Ethernet (FE) port – then but of course only at the maximum speed of the slower connection partner.

This is what NBase-T brings to everyday life

The great advantage of NBase-T or Multigigabit Ethernet is that all Cat 5e and Cat 6 cables that have already been laid can be used much more effectively: namely, with a transmission speed that is twice or even five times as fast over the entire length of the cable .

In the home network, an acceleration of 1 Gbit / s to 2.5, 5 or even 10 Gbit / s can make sense – for example, to integrate an NBase-T capable NAS device into the home network quickly enough for multiple access or to transfer larger amounts of data faster to be able to transfer from or to the NAS. Wi-Fi 6 routers such as the Fritz boxes 7590 ax and 6660 Cable can also effectively forward the rapidly increased transfer rates of their WLAN access point via an NBase-T port to a switch or directly to a NAS connected to the router.

However, so that NBase-T transmission speeds can be achieved between two or more network devices, all network devices involved in the connection must also be NBase-T-capable. The absolute minimum requirement for a functioning N-Base-T connection in the home network therefore consists of at least two NBase-T devices that are directly connected via network cables.

If you want to try out the new network connection technology, you can upgrade your network. PCs can be equipped with NBase-T for less than 100 euros using a PCIe card. If a data rate of 2.5 GBit / s is sufficient, a suitable PCIe card costs less than 50 euros. For notebooks or PCs with USB Type-C ports, there are USB-to-NBase-T adapters that you can use to equip the computer with a 2.5 Gbit / s LAN connection for less than 60 euros.

The best 2.5GbE NAS in comparison

11 good reasons against Windows 11 - Microsoft doesn't like reading that! 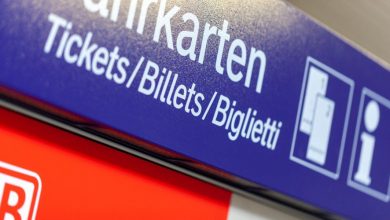