Fresh property data shows house values ​​are now dropping across most of the country – but this week’s draft changes to bank lending rules could yet slow the fall.

The Government is set to publish draft changes to lending rules that remove the short-lived requirement for banks and other mortgage lenders to scrutinize every coffee and bunnings purchase on borrowers’ bank statements.

After consultation with the finance sector, Minister of Commerce David Clark will publish an exposure draft of amendments to responsible lending rules, to curb any unintended consequences being caused by the Credit Contracts and Consumer Finance Act.

Those changes had been blamed for causing a sudden slowdown in lending, making it more difficult than ever for first home buyers to get into the market this summer. This is despite new nationwide sales settlement figures showing the property market has weakened further, according to CoreLogic analysis published today.

The drop was less strong in provincial centres, where the biggest drops were Rotorua (-2.1 percent) and Hastings (-0.4 percent).

This week’s exposure draft is also expected to remove regular ‘savings’ and ‘investments’ as examples of outgoings that lenders need to inquire into, and to clarify that the requirement to obtain information in ‘sufficient detail’ only relates to information provided by borrowers directly rather than relating to information from bank transaction records.

“The Credit Contracts Act will soon be relaxed and the banks have shot way below the loan-to-value limits so have a little room to open back up. We’re now hearing pre-approvals are being looked at again.”
– Nick Goodall, CoreLogic

CoreLogic NZ Head of Research Nick Goodall said the trend across the other main urban areas was slightly mixed and inconsistent month-to-month – a clear sign of change. Queenstown’s market appeared to be very volatile as transactions dried up, but some sales still did well.

“Much of the concern for future vulnerability is for the equity position, and ability for recent home buyers, and in particular first home buyers, to pay higher mortgage repayments,” Goodall said.

“The increases in interest rates over the past nine months are a key reason for this, with most terms now more than 1.5 percentage points higher than their low point. Anyone negotiating that in their budget could be looking at an extra $40 per fortnight for every $100,000 in debt they’re refixing.”

He pointed to new analysis from the Reserve Bank of Australia showing first home buyers were at greater risk than other buyers due to their lower equity position, but this cohort showed lower rates of mortgage arrears over time. Their ability to withstand an economic downturn was greater as they had better job security and a faster future earnings potential. “This analysis is likely to be just as applicable to the New Zealand market as Australia,” he said.

“If unemployment stays anywhere near as low as it currently is, then the likelihood of motivated or forced sales should remain low, helping to guard against a severe downturn.

“There’s a lower fear of missing out and a higher fear of over-paying. Regardless of rule tweaks, buyers are holding back.”
– Tony Alexander, economist

“We’ve already seen a significant drop in loans being advanced as a result of the tightened loan-to-value ratio limits, on top of the changes to the Credit Contracts and Consumer Finance Act.

”But the Credit Contracts Act will soon be relaxed and the banks have shot way below the loan-to-value limits so have a little room to open back up. We’re now hearing pre-approvals are being looked at again and banks have also started to relax their self-imposed debt-to-income caps, so perhaps we’ll look back on the first quarter of 2022 as the tightest it ever got.”

Economist Tony Alexander’s real estate agent survey, published today, indicates the promised easing of the lending constraints are not yet having much impact on sales. “There’s a lower fear of missing out and a higher fear of over-paying,” Alexander says. “Regardless of rule tweaks, buyers are holding back.”

Delivery times: how long you have to wait for your new e-car 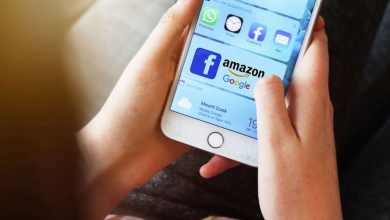