Market launch and price: Cooperation with Ford could make the pick-up cheaper

Volkswagen will show the next generation of the Amarok in 2022. The pick-up truck will be created in future in cooperation with Ford and shares the platform and drive with the popular Ford Ranger. That saves costs and so the new Amarok could start for less than 35,000 euros. On the other hand, it would also enable an off-road-oriented top model, such as Ford offers with the Ranger with the Raptor. VW has announced the premiere for mid-2022, the first orders should be taken at the end of the year, and the Hanover-based company says the market launch will be in spring 2023. 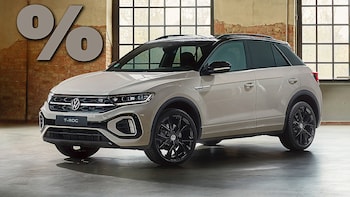 Buy VW models at a discount

At carwow.de there are many new cars with a discount, including many Volkswagens.

Visually, not much is reminiscent of the predecessor. The new Amarok shows edge and looks less rounded. Volkswagen is still hiding the commercial vehicle under camouflage film, but the new lines are unmistakably recognizable. The steep, massive front always carries LED headlights, which can optionally also be designed as matrix LEDs. In addition, earlier sketches of the Amarok have already shown a continuous strip of lights in the radiator grille. On the side there are still wheel arches that are flattened at the top and accommodate up to 21-inch rims or, if desired, factory all-terrain tires. The roof, windows and details such as the door handles will be taken over by Ford on the Amarok in the future, but below the belt line the design is from Germany and does not rely on identical parts.

Dimensions: Amarok is getting narrower

A new generation also means new dimensions for the Amarok. Contrary to the general trend towards larger and larger vehicles, the width of the VW is actually shrinking somewhat, but it is becoming longer.

The Hanover-based company has already provided a first impression of the interior with a teaser image. It adopts an important element from the current Ranger: the upright display. This raises the question of whether the Amarok also adopts the Ford software or gets VW’s MIB system. There are indications in both directions: The displays on the digital speedometer are designed in the typical VW manner in the sketch, but the climate control unit under the central display is equipped with buttons in a very classic way, just like the Ranger. That doesn’t really exist at VW anymore. However, there are also some unique elements in the Amarok. The design of the center console is less down-to-earth than in the Ford, the steering wheel is typical VW and the design of the dashboard and door panels is different.

The loading area of ​​the new Amarok will also be able to transport standardized Euro pallets. The payload is 1.2 tons. VW is only planning a single cab for other markets, in Germany the pick-up will only be offered as a double cab. Ford technology is used under the hood. So Volkswagen buys engines, transmissions and all-wheel drive technology for the Amarok.
Up to four diesel options and one petrol engine will be available. Four-cylinder engines and six-cylinder units with displacements between 2.0 and 3.0 liters will be used. In addition to rear-wheel drive, there are two all-wheel drive options. Either the switchable all-wheel drive, or a permanent drive on all four wheels.

GHG Quota: Why GHG Premium recipients need to be patient