Facebook Twitter LinkedIn Tumblr Pinterest Reddit VKontakte Odnoklassniki Pocket
The current Insignia is the last American from Opel. In August 2017, the French PSA group (in the meantime merged with FCA to form Stellantis) took over the German automaker just a few weeks after the Insignia B hit the market. In 2024 the new generation of the Middle class Opels then come with French genes. The Insignia is currently still running on General Motors’ “E2” platform. the “EMP2” platform the Opel will share with Peugeot 508, DS 9 and Citroën C5 X. AUTO BILD has had the new Insignia drawn and has the first information! 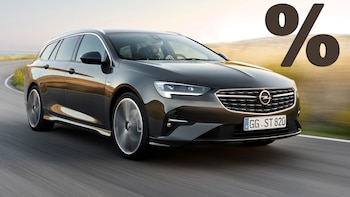 Buy Opel Insignia Sports Tourer at carwow.de at a discount

At carwow.de there are inexpensive new cars, including many Opel models such as the Insignia Sports Tourer.

Visually, the new Insignia will probably get the new brand design, role models are likely Astra and mocha being. They are typical here narrow headlights with L-shaped daytime running lights and the Vizor, the distinctive plastic plate in the radiator grille with the Opel logo in the middle. As always, the Insignia III is also available as a limousine and as a station wagon ancestors. Whether Opel also the “off-road” version Country Tourer revive is still open. Perhaps the most important news: The flagship remains a Rüsselsheimer. The third generation of the Insignia is also being built in Hesse.

All Opel models are to be electric from 2028

It will be under the hood of the Insignia III Three- and four-cylinder petrol engines (between 130 and more than 200 PS). Also the diesel should be set. The electric role takes over Plug-in hybrid. The plug-in Opel then comes with up to 360 hp and all wheel drive, a weaker version with 225 hp is also planned. The all-electric version (probably with a solid battery) will probably be based on the new one “STLA Large” platform which Stellantis recently announced. More than 800 kilometers range should be there. The electric insignia must not be more expensive than the combustion engine. Means: Less than 50,000 euros should be the goal. By 2028 at the latest, all new Opel should be fully electric.