When will the PM condemn Iran’s government?

Dunedin late at night is pretty quiet and the silence of the night has engulfed the people of the streets. I walk alone in darkness, listening to Iranian patriotic music to get rid of the anxiety that has taken over my whole body: “Let’s wake up/ On a moonlit night/ Somebody shouts/Come on guys/ Let’s stay along/ or we’re falling apart…” I stop the music. Clouds are everywhere and there is no moon in the sky. I call my mother in Iran; it’s not ringing again. It’s the eighth day in a row that I have not been able to contact my family and I have no idea if they are fine or not. Nationwide protests have spread across Iran, in more than 80 cities, including Isfahan, my hometown and where my family lives. WhatsApp, my main means of communication with the family, is shut down there.

The protests began on September 16 following the death of Mahsa Amini, 22, a Kurdish girl, who was arrested by the hijab police (known as “morality police” by officials) in Tehran and died under custody. Mahsa was arrested for not properly covering her hair. At least 83 people have been killed by Iranian security forces since the demonstrations protesting her death.

I text my mother-in-law Fereshteh on WhatsApp. The message is delivered and she replies: she’s in Toronto. It’s early morning Canadian time and I’m hopeful to receive some good news about Iran. It’s an illusionary hope.

Memories take me back to 12 years ago to a distressful night before Fereshteh emigrated to Canada and was still a high school teacher working in Tehran. She was crying and shaking when she got home after hours of being placed in detention by the hijab police. I always knew her as a powerful woman but when she showed up she was broken and fragile. The same police force that arrested Mehsa Amini had arrested Fereshteh on her way home from school for wearing “inappropriate clothes”. She was lucky that night to see one of her former students at the police station; he helped her out. After her humiliation in those nightmarish hours of detention she became determined to leave Iran forever.

Fereshteh is only one of the many women in Iran who are denied the possibility of choosing their clothing freely since the 1979 Islamic revolution. Less than a month after the revolutionaries declared victory on February 11, 1979, Ruhollah Khomeini announced the mandatory wearing of hijab in official and government centers. Only a day after this command was announced, thousands of Iranian women came to the streets of Tehran to protest against the changes limiting women’s rights. The protesters only returned home with the promise of lifting limitations. A promise that was, of course, never fulfilled and turned the hijab into an ideological tool in the hands of the government to control and discipline half of the population.

Today, 43 years after the revolution, women’s rights have again become the central demand of a growing protest movement in Iran. One of the main slogans of the demonstrators in Iran and across the world is “Women, Life, Freedom”. The videos of demonstrators in Iran show many women participating in the protests without headscarves. Some have also burnt their headscarves on the streets and public spaces. Women’s freedom of choice and rights over their bodies have shrunk under the Islamic regime in Iran with restrictions on their appearance in public, depriving them of rights to divorce or abortion on demand, and even banning women vocalists from performing in public.

Iranians across New Zealand who have gathered to protest the death of Mehsa Amini, are showing their solidarity with symbolic gestures such as cutting hair, an old Iranian tradition during mourning. At the Dunedin protest, narcissus flowers were handed out to passersby. My friend Mitra was one of the organizers of the demonstration held at the University of Otago campus. She is also worried about her family. Mitra can finally contact her sister in Iran thanks to the VPN that has successfully worked on her sister’s phone despite the blockade. Mitra’s sister informed her about the deteriorating situation, that police are shooting protesters and using tear gas.

Mahsa Amini’s death has united Iranians inside and outside of Iran in an unprecedented way. Iranians living in New Zealand are facing many restrictions to contact their friends and families in Iran. When will the New Zealand government and the Prime Minister break their silence and condemn the Iranian government?

People are on the streets and new distressful updates keep coming from Iran, uninterrupted. I walk alone in the dark, on the streets of Dunedin listening to the news of my motherland and I feel the fire that is erupting from my eyes. I wish it would rain. A viral video is circulating on social media. An outraged woman walks on the streets of Tehran, holding tight the framed photo of her deceased son, while waiting, shouting and inviting people of her neighborhood to her son’s funeral: “I am not scared of anyone, They told me to be silent. I will not be. I will carry my son’s picture everywhere. They killed him.” I don’t have the heart to watch the Video to the end. The media reports that Siavash Mahmoudi, a 16-year-old boy, was killed by a headshot on the streets of Tehran.

I keep walking. Clouds are everywhere and there is not even a single star in the whole sky. I pick up the phone. I call my mom. It is not ringing. 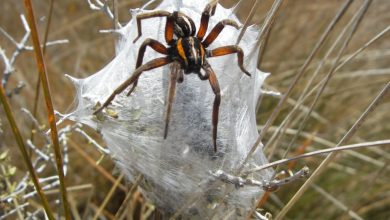