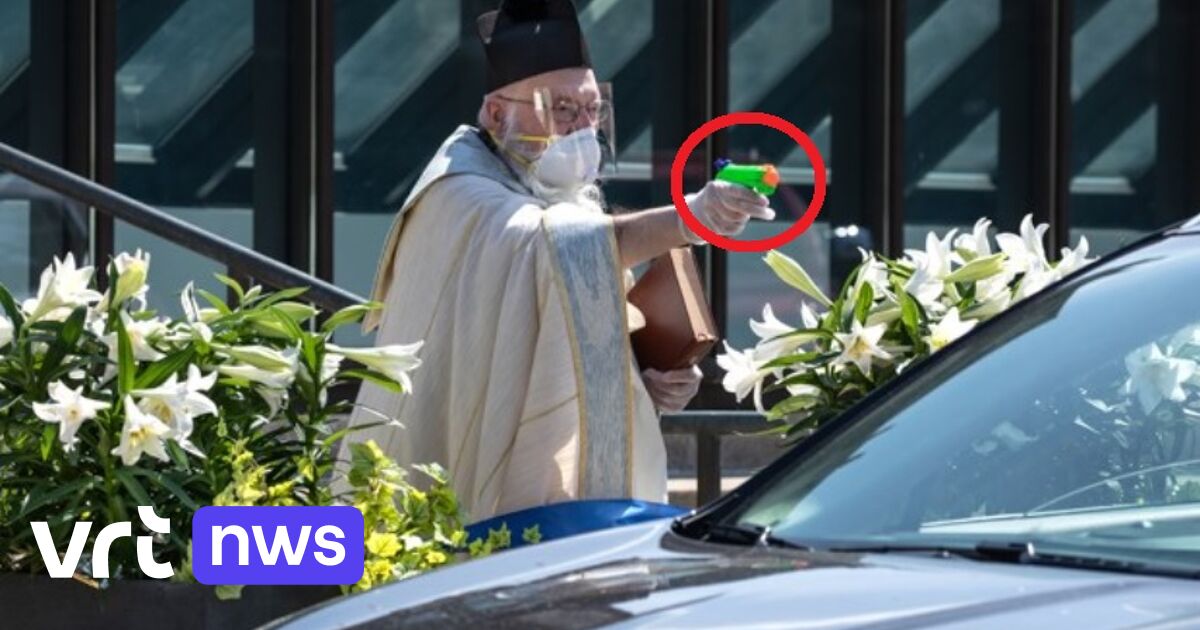 Tim Pelc: “The original idea was to do something special for the children at Easter. Because it would be another Easter like never before and how could we celebrate that party with all the rules around distance? With the traditional brush that was impossible now, so we came up with the idea to use a water pistol to dedicate their Easter baskets. I then consulted a doctor beforehand to see whether I was taking any risks, but he assured me that this was not the case. He thought it was quite a good idea. ”

“That doctor then took care of the protective clothing that I had to wear. Fortunately it was a sunny day and it became a pleasant event, so that an old custom could continue to take place. And the people clearly liked it. They were early sliding their cars. ”

“Apparently people have also heard about this method of dedication in the Vatican. Even though it made me somewhat uncertain, I have not had a reaction so far. Well, in the end I am happy that those photos have received such a positive response worldwide . ”

The oak processionary caterpillar is back: you have to pay attention to this

US central bank president: shrinkage may be more than 30 percent

March 12, 2021
Check Also
Close
Featured Posts
Tesla allegedly charged twice the price of a car to its customers
2 weeks ago