Which emotional VW should I buy?

VW Beetle and Scirocco are fun cars, both based on the solid and reliable Golf 6. But: which one should you take? Here are two used cars with a discount!

EMotional cars are becoming increasingly rare at VW, one might think. Ten years ago, the Wolfsburg-based company had three convertibles in its portfolio – Golf, Eos and Beetle. And a particularly sleek coupé – the Scirocco. All of them no longer exist. The third generation of the Scirocco (type 13) expired in 2017. The Beetle Cabrio (Type 5C) has finally closed its roof in summer 2019. Both use the Golf 6 as a base. The genetically close relationship to golf is a clear advantage for both cars. All important technical components have been tried and tested millions of times. Both are pleasure cars and ideal as a second car. The stamp “Classic of the future” they were printed on when they left the factory. If you have one, you should take care of it and ideally keep it forever. If you are currently browsing the right used car platform, you get a used car guarantee and an attractive discount.Those interested in used cars can benefit from the Beetle, because the level of equipment is high, the Mileage is low, and the Care status is usually better than typical of age common. For example here: In Jessen (Saxony-Anhalt) is a white VW Beetle convertible with only 25,857 kilometers advertised on the speedometer. The 105 PS Beetle was approved for the first time in July 2018 and is described as a checkbook and should cost 19,366 euros. There is also an extra 300 euros discount!

Also at Scirocco are vehicles with a low mileage No rarity. In Ruhstorf (Bavaria) a dealer offers a VW Scirocco 1.4 TSI. The white sports coupé with 125 hp was registered for the first time in September 2017. The VW has only run 8,845 kilometers so far, which could be the reason why the car is not offered as a service book. He has probably never seen a workshop from the inside. Cost point: 16,879 euros. There is also one here Extra discount of 300 euros!

The Beetle decelerates before you set off 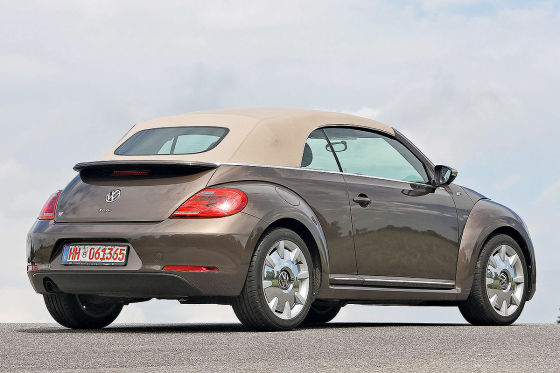 The Beetle Cabriolet is reminiscent of the Beetle, but always has front-wheel drive.

It’s really fun VW Beetle (2011 to 2018) only as a convertible, for the whole 75 percent the Beetle buyer decided. Whirring opens the fabric roof and is piled high on the stern. Like back then with the beetle. Not flat ironed like with modern convertibles, but old-fashioned like with the Golf 1 convertible. Along with the fumbling to unbutton the tarpaulin. A glove compartment opens in the cockpit, which is wonderfully reminiscent of the old beetle. When the first Neo-Beetle came in 1997, he even had one Flower vase on the dashboard like his role model. The processing in the Beetle is better than in the predecessor New Beetle, but still “hecho en México” and not made in Germany. Space? Rather thin. But that was already the case with its air-cooled model and has not changed significantly due to the replacement of the engine and trunk. For that are the seats extremely comfortable. The Steering is direct, the road holding is full, but also rock hard.

At the TÜV, the Beetle is solid

The Rundling is usually a good buy, the number of complaint-free copies is always above average, it keeps away from significant defects. However, it does not achieve the solidity of a Golf. At the third TÜV appointment, the skyrockets Defect rate of the wheel suspension upwards. Rust shines through absence. The Headlights are considered solid. Rusty or grooved brake discs on the rear axle – the Beetle also suffers from this typical VW. However, this has no influence on the braking effect. The Automated convertible tops should be carefully examined. Car wash operation and inadequate maintenance affect the fabric roof. Replacement costs four digits.

The Scirocco convinces as a sporty wedge with everyday benefits 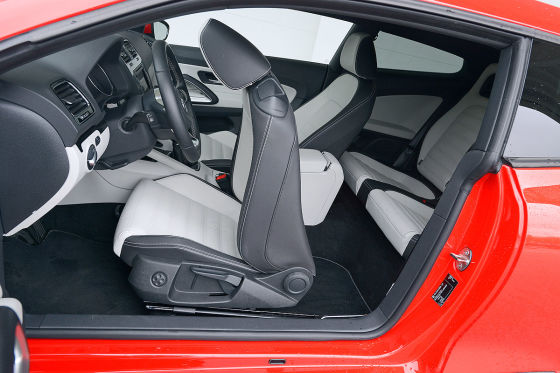 In the rear, the Scirocco offers enough space for two adults.

The Coupé from the Golf 6 is seven centimeters flatter. Nevertheless, relaxed sitting also works in row two. The Scirocco has a rear that deserves this name. On the zAdults, too, cannot stand uncomfortable individual seats, it’s only in the trunk 312 liters a little tight. In the front, excellent sports seats are standard equipment, and VW also managed to get its hands on a manual air conditioning system. The third generation Scirocco (2008-2017) unlike its predecessors, it can be driven as sportily as it looks. The drive is only provided by supercharged TSI or TDI engines. Unlike its predecessors, which are sought after as a classic car, the current Scirocco does not rust on load-bearing parts. The steering and the wheel suspensions show – as usual from the Golf 6 – little to no defects. The only problem with the coupe are Feather breaksthat still occur on a large scale. The PThe Scirocco’s discipline is its brakesThe inspectors complained about the effect of the service and hand brakes much less often than the average or not at all.

Conclusion by Matthias Techau: Both cars combine the reliable technology of the Golf 6. Thanks to their low production figures, both are relatively stable in value. For Fresh air fans and nostalgics that is recommended Beetle Cabrio. A high car Sympathy factor inside and outside! The Scirocco united athletic demands and everyday benefits. He is the last child of a legendary line of ancestors. Like the Scirocco I, it could once a classic tires. So buy and put away!
Tags
advice Beetle Cabrio discount Purchase Scirocco
Facebook Twitter LinkedIn Tumblr Pinterest Reddit

This is how the @ sign works on your keyboard again