McLaren is recalling a total of over 2700 cars due to fire hazards The 570GT, 720S and Senna models are affected. The cause is banal!

Gbig recall at McLaren! According to the U.S. Federal Road and Vehicle Safety Agency (NHTSA), a total of 2,763 vehicles are recalled in the United States due to an acute fire hazard. The British sports car manufacturer emphasizes that this is a mere precaution and that no McLaren has caught fire due to the discovered defect.
The over 2700 McLaren are models that left the factory in Woking between May 1, 2016 and March 20, 2020. The model series 570GT, 720S, the new GT and the almost one million euro and 800 hp Senna are affected. The reason for the recall: In unfortunate circumstances, these models could catch fire!

The reason for the fire risk: a foam pad 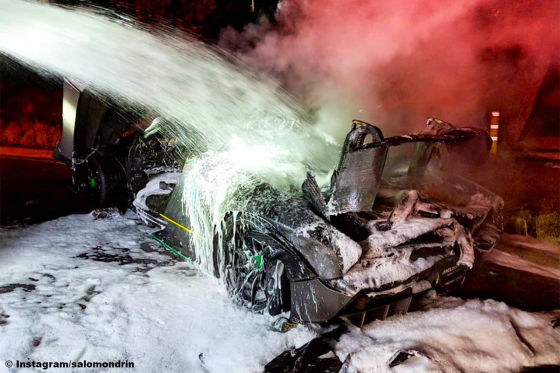 At the end of 2018 the McLaren Senna of the American youtuber “Salomondrin” suddenly caught fire!

According to research the cause is a simple foam pad. The problem: This cushion, which is used as insulation material, is placed below the tank and can soak up water. The result: Over time, the fuel tank can tend to corrode and cause a gasoline leak. Small cause big effect! The solution for this is very simple: The recall calls for authorized dealers to simply remove the foam pad. The tank is then inspected carefully and if corrosion is visible, the tank is also replaced. According to the manufacturer, despite several McLaren that have caught fire in the recent past, there is no officially confirmed case of a fire due to the defect mentioned above. And: The new models Speedtail, Elva and 765LT don’t seem to be affected by the recall!

ADAC breakdown statistics 2020: cars with the most breakdowns

The most important updates of the day (May 6th)