Since then, the discussion has been raging: Will the discount be passed on to drivers? Are the federal government’s relief measures against the high energy costs sufficient? And what comes after that?

How long does the tank discount last?

The tank discount ends after three months on August 31, 2022. Despite isolated demands from politics and business – for example from Bavaria’s Prime Minister Markus Söder (CSU) – an extension is currently not planned (August 3). Among other things, Federal Finance Minister Christian Lindner (FDP) spoke out against a continuation.

In this way, the energy tax on fuel is reduced

As part of the relief package, the energy tax on fuels was reduced as far as the EU directives allow. The tax rate for petrol was reduced by 29.55 cents per liter and for diesel by 14.04 cents. Since less VAT is also payable, the total savings are 35.2 cents (super) and 16.7 cents (diesel) per liter of fuel.

Will the tank discount be passed on in full?

It is disputed whether the customers who fill up the tank will benefit in full from the reduction in energy tax. After a noticeable drop in fuel prices on the day after the introduction, they rose sharply again in the weeks that followed. At the beginning of August, however, the ADAC determined an average price of 1.732 euros for a liter of Super E10 and 1.927 euros for diesel in its weekly evaluation. One of the main reasons, however, was the lower price of crude oil.

Get to know the e-car: VW ID.3 with a flexible subscription – available within 2 weeks!

The subscription offer from VW Financial Services: ID.3 from 539 euros/month – with a flat rate, short minimum terms and monthly cancellation.

The ADAC still considers the fuel prices to be too high compared to the oil tariff and thus indirectly expresses doubts that the tax cut will be passed on in full. The new gasoline price index from the RWI Leibniz Institute for Economic Research contradicts this. Accordingly, the current tank discount is now almost entirely benefiting drivers. The researchers had compared the prices in Germany and France (there is no tank discount there).

Nevertheless, the price reduction “neither makes sense from a distribution nor from an ecological point of view,” according to an RWI researcher. On the one hand, the wealthy are more likely to be helped than poor households, which often do not have a car at all. On the other hand, he does not encourage people to use less petrol and diesel. In June, scientists from the renowned Munich Ifo Institute argued similarly, who had also analyzed that the tax cut would be passed on almost completely.

Fuel price check to the minute

This is how the gas price is at gas stations in the area!

At the end of April, the federal cabinet launched the second billion-euro relief package, which was intended to cushion the energy costs, which had risen sharply as a result of the war in Ukraine. It also includes a flat-rate energy price, a Hartz IV surcharge and a children’s bonus – and the 9-euro ticket for all local and regional transport, the successor regulation of which is even more hotly contested than with the tank discount.

In order to further relieve consumers and employees, there is also a nationwide flat rate of 9 euros for the monthly subscription for local and regional transport until the end of August. If it is possible, you can leave the car and bus and take the train to work or to go shopping. The 9-euro ticket can be bought directly via the train and also the regional transport associations online or via app.

This is what the energy price flat rate looks like

Many motorists benefit indirectly from another measure: All employees and self-employed persons receive a one-off payment of 300 euros as an energy price flat rate. This support must be taxed as additional income. Payment is scheduled for September 2022. Freelancers receive a reduction on the income tax prepayment.

How high are the child bonus and the Hartz IV bonus?

Families also received a one-off child bonus of EUR 100 in July as a surcharge on child benefit. And there is also a so-called Hartz IV bonus. This was raised from 100 to 200 euros due to the further rise in energy and consumer prices.

What the tax cut costs the state

All measures from the energy flat rate, 9-euro ticket, family subsidy and the reduction in energy tax will have a total impact of 17 billion euros in the federal budget this year.

After taxation, different low amounts of the energy cost subsidy of 300 euros remain in your wallet. Here are some recent calculations from the Taxpayers’ Association:

Single household with top earners: According to these calculations, a single person with tax class 1 and an annual salary of EUR 72,000 receives exactly EUR 181.80 in energy cost allowance. At the current fuel price, this would roughly calculate the purchase of 83.6 liters of diesel or 88.4 liters of premium E10 enable – a little more than a tankful of fuel.

Family with top earners: The same employee, but married and with one child, falls into tax class 4 and receives 184.34 euros from the energy price flat rate.

Low earners: De facto, only those who earn less than 10,000 euros per year receive the full amount. This is already very close to the subsistence level, which is currently set at 9408 euros for single people in terms of tax law.

According to estimates by the German Economic Institute, families with a gross household income of 35,000 euros a year are the biggest beneficiaries of the package of measures.

With material from Reuters, dpa, afp 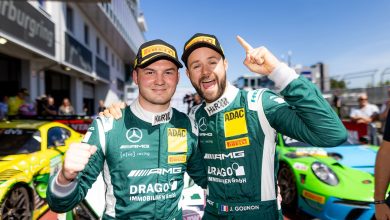 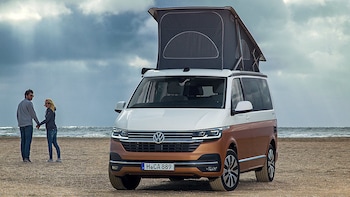 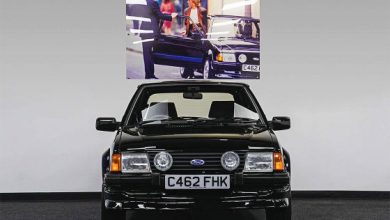 Drive like a royal: In this Ford Escort RS it is possible 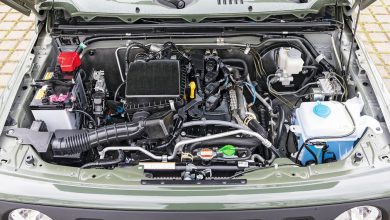 Suzuki JimnyTest: Happiness is in the little things