Multiple reports suggest that the RTX 3090 Ti only performs five to 10 percent faster than an RTX 3090.

It is not yet clear whether Nvidia also wants to offer a Founders Edition of the RTX 3090 Ti.

With the Geforce RTX 3090 (here for the PC-WELT test) Nvidia released a true monster of a graphics card in autumn 2020. With 24 GB of video memory and 10,496 shader units, the card is still the spearhead of gaming GPUs today. With the Geforce RTX 3090 Ti, Nvidia is currently working on an upgraded model with higher clock rates, faster GDDR6X memory and a 100 watt increase power consumption.

However, new reports suggest that the Geforce RTX 3090 Ti still doesn’t perform that much faster than the model without the “Ti”. After

Information from CapFrameX
In 4K resolution, only a maximum of ten percent higher frame rates can be expected. Other sources even speak of only five percent more power, especially compared to models from the same manufacturer. However, in some games that particularly benefit from the faster memory, higher performance gains could be achieved.

Up to 480 watts of power consumption

There is also no final information on the price of the high-end graphics card. Some insiders are assuming an introductory price of $1,499. MyDrivers, on the other hand, expects the RTX 3090 Ti to be priced at $1,999.

Custom models from board partners could be even more expensive. It also remains unclear whether there will be another Founders Edition of the RTX 3090 Ti. Nvidia showed such a card at CES 2022, but there have not yet been any pre-release versions for testers. However, buyers have to be prepared for higher power consumption. The Asus model, for example, is said to be able to draw up to 480 watts from the power supply.

Toyota is developing an automatic transmission (2022) for the GR Yaris 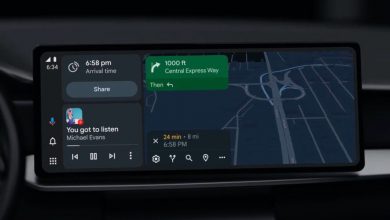