Kamahl Santamaria’s controversial departure from – and arrival at – TVNZ is a multi-level fiasco, writes Mark Jennings, who gave the broadcaster his first job.

Sometime in December 1998 the receptionist at TV3 called me. I was head of news for the network. “Mr. Santamaria is here for his appointment,” she said. I replied “I don’t know any Mr. Santamaria and he doesn’t have an appointment. He’s probably a crank, can you tell him I’m busy.”

I could hear this person begging the receptionist to give him the phone and then Santamaria came on the line “It’s true, I don’t have an appointment, and you don’t know me, but I could just have 5 minutes of your time .”

Kamahl Santamaria had walked off the street looking for a job. He was 18 and had finished his final year at McLeans College. Reporters don’t get recruited this way anymore – they go to journalism schools, graduate and turn up with showreels and polished CVs.

But there was something about Santamaria’s energy and chutzpah that encouraged a punt – a rare occurrence, even 25 years ago. We gave him a week’s trial in the sports department.

According to his Linked In account, Santamaria ended up “on-air” on his first day. I can’t remember if that was the case, but it was soon clear that he was a remarkably quick learner.

Assigned to cover New Zealand’s defense of its Trans-Atlantic rowing title in 2001 Santamaria, having just turned 21, somehow wangled a trip to Barbados to cover the finish of the race. While en route he phoned the newsabc.net to say he had been grounded at JFK airport in New York due to a plane crash. It turned out an American Airlines Airbus had crashed shortly after take-off killing 265 people. A calm Santamaria went live into the 6pm bulletin a short time later.

He had borrowed a mobile phone off an American woman to communicate with the studio – Santamaria kept in touch with her and she was later to become his wife.

After a successful stint in Australia as a business reporter, Santamaria ended up in Doha, and, like a number of New Zealanders, became a key part of the Qatari Government funded channel – Al Jazeera English.

He headed home after 16 years of presenting shows to large international audiences and took up what must have felt like a slightly underwhelming role of co-host on TVNZ breakfast. But home is home and high profile roles in our small free-to-air TV market are limited.

His resignation after 32 days on the show has, in this country at least, brought an end to a remarkable career. The allegation that he behaved inappropriately to a female colleague at TVNZ is also likely to have repercussions for his boss, Paul Yurisich and possibly others in TVNZ’s management team.

Today FM’s Tova O’Brien ran with claims from a female Al Jazeera reporter that it was well known within that organization that Santamaria had been involved in inappropriate behavior during his time there. And, had been “spoken to” on at least one occasion.

This was followed up by a Stuff report quoting an unnamed Al Jazeera source saying Santamaria was given a “formal warning” after complaints he acted inappropriately “with a younger female colleague.” Stuff has reported further claims this morning from a female Al Jazeera employee of inappropriate messages and at least one attempt by Santamaria to kiss her.

If the claims are true then why did TVNZ reference checks and due diligence not discover this? Santamaria was known to Yurisich who was a senior producer at Al Jazeera before moving back to New Zealand to take the head of news role at TVNZ. Did he not feel a check was necessary?

In a rather ominous sign for TNVZ, Broadcasting Minister Kris Faafoi has asked the TVNZ board to assure him that proper process was followed when it hired Santamaria.

The appointment always had an air of mystery about it. Santamaria announced on social media that he was leaving Al Jazeera but was coy about where he was heading. After John Campbell’s new job as a correspondent for 1 News was announced, Santamaria confirmed he would take up the Breakfast role.

It’s believed that Yurisich felt Santamaria would bring a crisper, newsier edge to the show that can look a bit “wimpy” at times.

Newsroom understands Breakfast’s executive producer, Miranda Fisher, was not consulted on who would replace Campbell. Fisher has since left Breakfast after a year and four months as EP.

Jonathon Williams who was EP of breakfast before Fisher, recently quit his role as EP of news content and has gone to stuff.

While the departures might be unrelated to Santamaria’s appointment they represent a significant loss of talent in a short period for TVNZ.

Industry sources have also suggested that some TVNZ senior managers have been focused on the new public media entity that will subsume TVNZ and RNZ sometime next year and may have missed what was happening in the newsabc.net.

The PR around Santamaria’s disappearance from Breakfast looks clumsy at best and incompetent at worst. No acknowledgment to Breakfast viewers of his absence, then a claim that he was dealing with a “family emergency” which then changed to a “personal matter” and finally an announcement he had resigned.

The spotlight will now fall on TVNZ’s new CEO, Simon Power, and how he handles what is shaping as a fiasco. Power will be under pressure from the Broadcasting Minister and his own newsabc.net – both wanting answers. The former National Party cabinet minister and banking executive is going to need all the political experience and skills that helped him get the job to sort this one out. 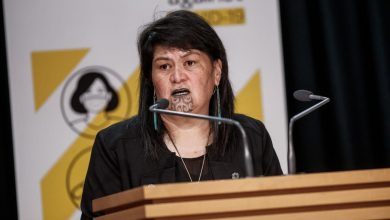 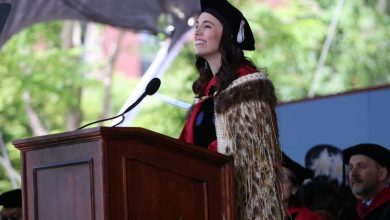 An Ode for .. the Red Empress 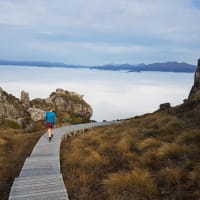 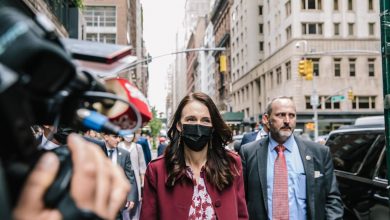