The Seat Ibiza 1.0 TGI revs up with natural gas – plus a small gasoline reserve. A clever concept, as the AUTO BILD test proves.

Zmany use it for cooking and heating, hardly anyone fills it in the tank of their car. Just one of about 470 cars in Germany drives with so-called Compressed Natural Gas (CNG). Whatever, because natural gas burns with low pollutant emissions, but with a lot of punch. And thanks to the tax rebate (until the end of 2025), it’s also cheap. So does CNG solve problems? Let’s clarify in the test.

There is also enough space at just over four meters

At 4.06 meters, you shouldn’t expect miracles from Ibiza, but a short trip for four is possible.

The Seat Ibiza is one of the small cars more interesting appearances. The sheet describes pleasant curves and edges, underneath is waiting decent space. In the back seat we cannot expect miracles, the little Spaniard measures standard 4.06 meters. Driving to the cinema or concert with friends works just as well as a romantic short break for two. The modern, solidly crafted interior and the firm upholstery (in the test, the sports seats of the FR) provide a comfortable atmosphere, the optional infotainment system (675 euros with Eight inch monitor including hands-free calling, audio streaming, navigation and more) is really only missing traffic information via the fast mobile network – what is offered TMC is not up to date.

A sports suspension is included in the FR line 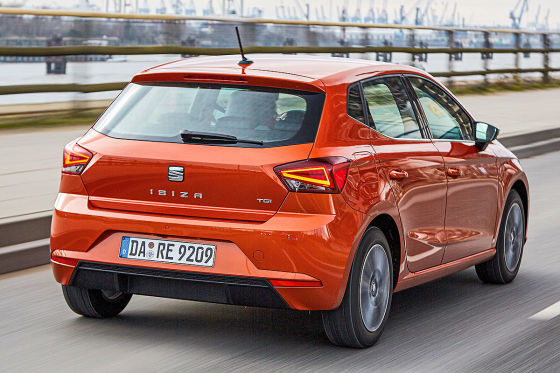 Lively: The natural gas variant is almost in no way inferior to the TSI variant. The sports suspension ensures dynamism.

Vacationers also have to go up against a classic Ibiza TSI or TDI 93 liter trunk do without – at least one travel bag. This is to blame Tank duo for natural gas (13.8 kilos) and petrol (9 liters), which takes up more space. The TGI rarely shows restraint. The One liter three cylinder sounds a bit in natural gas mode robust and energetic than his gasoline brothers. But that does not bother, it even fits in very well from 2000 tours lively getting started 90-horsepower. Yes, the starting weakness is a bit more noticeable than with the TSI with 95 PS, but in principle the TGI proves to be almost equal. That also applies to Driving behavior. As for the FR line of our test car Sports suspension heard, the little Spaniard bounces a bit rustic on bumpy roads, but basically leaves a very confident impression. 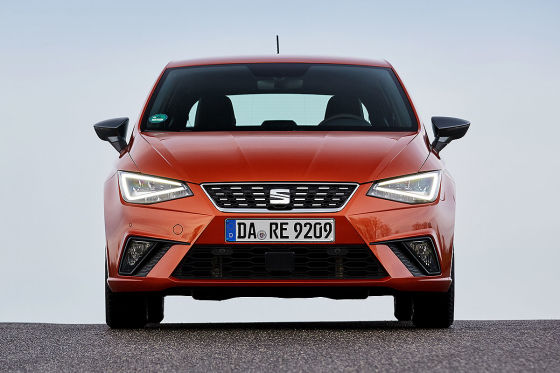 Not cheap: The Ibiza 1.0 TGI starts at 17,895 euros. He compensates for this through consumption.

The look in the Price list deprives natural gas Ibiza of its charm. At 18,095 euros (savings at carwow.de up to 3684 euros) it starts, that’s 1585 euros more than the comparable 1.0 TSI with 95 PS. However, there is for the money too six instead of five courses – the small petrol engine doesn’t offer that. It gets really interesting at the gas station. The Network with CNG filling stations is thin (only around 850 in Germany, a total of 14,500), but the fuel is cheap. We expect an average of 1.13 euros per kilo. In the TGI, 100 kilometers cost 4.52 euros. With WLTP consumption (5.5 liters), the TSI would come to around 7.65 euros. So the TGI would have its higher price after 50,000 kilometers back in – and boiled the gasoline without heating.

the hybrid SUV will arrive in 2022

New energy product: Tesla is adding its own photovoltaic inverter to its range

Renault reinvents the Twizy and wants to democratize the electric

Tech giants are working on a global vaccination passport

In Indonesia they do it differently, where young people first get a vaccine. Why?
15 mins ago

In Indonesia they do it differently, where young people first get a vaccine. Why?

Political scientist Devos about solar panels: “Interesting for elections, but the government was already aware of legal problems at the time”
45 mins ago

Political scientist Devos about solar panels: “Interesting for elections, but the government was already aware of legal problems at the time”

Co-parenting is not a drama, Lykele Muus now knows: ‘my fear was unfounded’
55 mins ago

Co-parenting is not a drama, Lykele Muus now knows: ‘my fear was unfounded’