With Signal, you can send photos and videos that can only be viewed once. How to use this “self-destruct mode”!

You can use Signal to send photos and videos that can only be viewed once and then automatically deleted.

The most recent failure of Whatsapp obviously caused many users to search for alternatives to the popular messenger in panic. If you have now installed Messenger Signal, the following tip may help you.

So only look at photos and videos once

Signal, Snapchat and Telegram have been offering a useful function for a long time that Whatsapp is only now unlocking: disappearing photos / videos or photos / videos that can only be viewed once. This can be useful for recordings that you don’t want the recipient to be able to forward. Or with embarrassing snapshots that you want to share with good friends to smile together, but which you shouldn’t be able to look at several times. It also saves you storage space on your smartphone.

Select an existing photo or video, or take one with the camera.

Now tap on the infinity symbol to the left of the chat field.

Tap this infinity sign. It now turns into a “1x”. In words, this means: previously you could look at the selected photo or video indefinitely, now you can only see it exactly once as soon as you send the message.

You will now see the 1x symbol, which indicates that the photo or video to be sent can only be viewed once.

Now tap on the white send arrow in the blue circle on the right. Signal now sends the photo or video.

You can no longer see the content that has been sent

You can no longer open the photo or video sent in this way in the chat history, but only see the information about it.

You can see in your chat history that you have sent a message and how long ago it was. But the sent photo or video cannot be seen, the signal only shows: “1x media content”. This tells you that it is a photo or video that the recipient can open and look at exactly once. If you now tap on the message you have sent, a corresponding message appears: “Outgoing, one-time displayable media files are automatically removed after sending”.

Recipient can only see the photo / video once

Of course, the recipient can take a screenshot of the picture.

How-to: Switching from WhatsApp to Signal

Signal: How to send disappearing messages

Signal Desktop: Use Messenger on the PC – this is how it works with Windows, Linux & Mac

This is how it works: Use the signal for notes – easier than with Whatsapp 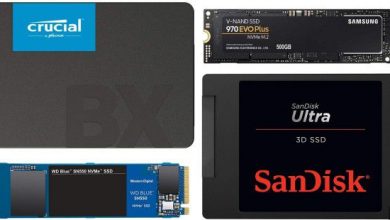