Facebook Twitter LinkedIn Tumblr Pinterest Reddit VKontakte Odnoklassniki Pocket
Who’s about to be Saangyong again? Is that a chinese? This is a typical question when stopping at a gas station. The small brand, which now has 175 authorized dealers in Germany, does not come from China, but from South Korea – like Hyundai or Kia, but is completely independent of these two. 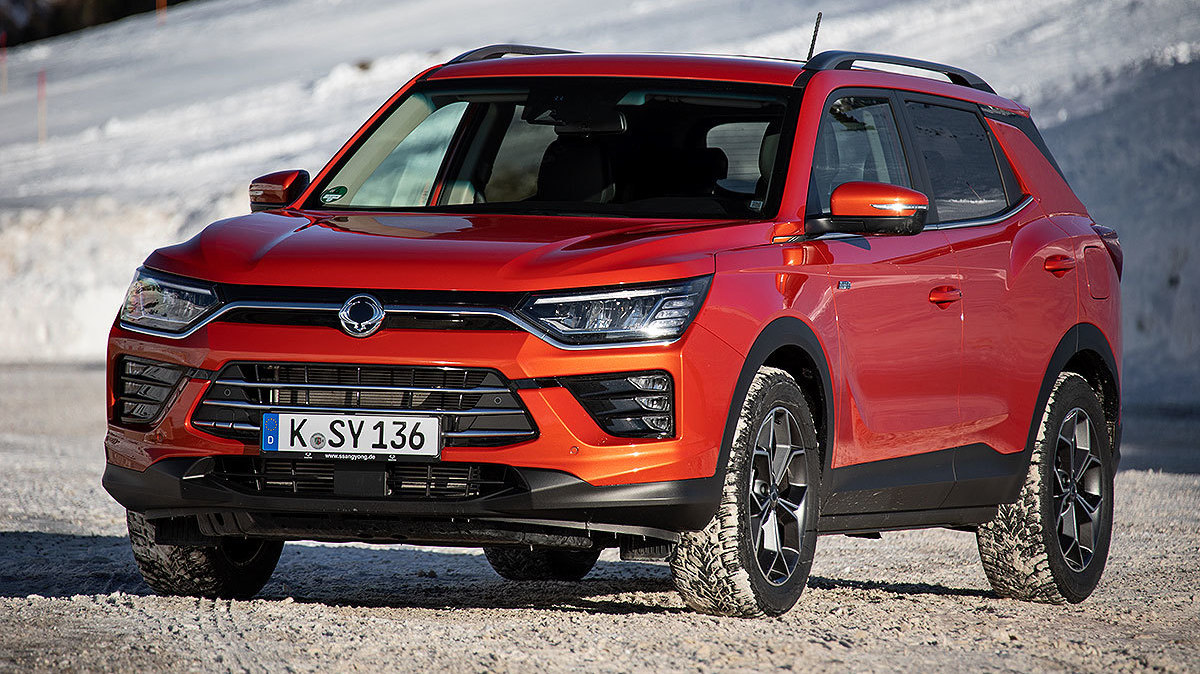 SsangYong Korando as a used vehicle with guarantee – from selected dealers! (in cooperation with HeyCar)

Car connoisseurs know that SsangYong has taken over technical know-how and even complete engines and automatic transmissions from Mercedes. The rumor persists that this is still the case today. Included builds SsangYong his own engines for years. This also applies to the fifth (!) Generation SsangYong Korando. Also made here SsangYong the engines themselves, regardless of whether they are two-liter naturally aspirated petrol or four-cylinder turbodiesel with two-liter displacement, from 2015 as 2.2 liters.

SsangYong Korando: The cardan shaft center bearings are the only real weak point

the SsangYong– Dealers are usually active family businesses in the countryside that have known their regular customers for many years. We know each other, we trust each other. And yet the workshop sometimes has to convey bad news to its customer. Namely when the brakes are due. A set of brake discs for the compact one Korando costs a whopping 459 euros – significantly more than, for example, a completely new starter for the same car. Compassionate SsangYongDealers are so embarrassed by these brake prices that they Grant a discount on the part price without askingso as not to scare off customers.

The situation is similar with the ultimately only real weak point of the Korando from the Center bearing of the cardan shaft leading to the rear, which likes to say goodbye early and then draws attention to itself with humming noises and vibrations, especially in the speed range between 70 and 100 km / h. Not a complex component in itself, but SsangYong the bearing can only deliver complete with the actually completely unsuspicious cardan shaft. Power around 800 euros plus installationwhich luckily goes very quickly. The only consolation for the gasping Korando-Owner: Even with numerous other brands, such a center bearing is only available as a spare part including the expensive cardan shaft.

The gearboxes installed before 2014 are considered to be less stable

We can rant so extensively about the central camp malaise because it is the weak points of this Korando are already listed. Occasionally there are still prematurely defective automatic transmissions from the time before the first facelift, i.e. before 2014. At that time, I moved into the car SsangYong the automatic from the Australian supplier BTR, which emerged from a former BorgWarner branch. These models apply especially less suitable for use as a towing vehicle and are limited to a trailer load of 1.5 tons; you should stick to it as much as possible. The from SsangYong In contrast, engines that are produced in-house and designed conservatively in a positive sense are good for 200,000 kilometers or more, no matter whether gasoline or diesel. The same applies to the manual transmissions as well as to the automatic transmissions used from 2014. Korando-Owners from areas with salty winters also complain about not worrying, but visible rust. Subsequent preservation is recommended so. Quite a few owners of the Korando Number 5 is already squinting at its successor, which was presented in 2019 – also because of the five-year guarantee on the Korean, who is guaranteed not to come from China.