The only reminder of the pandemic on busy American streets are the mostly empty Covid testing stations and the occasional mask. Political editor Jo Moir gives a sneak peek of life traveling with the Prime Minister in the US.

The only surprising thing about a positive Covid result among the New Zealand contingent traveling with the Prime Minister is that it’s taken a week for it to happen.

Many on the two-week trip to the United States, including those supporting the trade mission, haven’t had Covid before, and a packed schedule of meetings and interactions means statistically this would always happen.

The delegation had been warned that Covid is spiking again in the US (110,084 new cases yesterday according to New York Times figures) and plenty of precautions have been taken, such as masking on the plane and at both indoor and some outdoor events, alongside good hygiene measures.

Americans have for the most part moved on from Covid – given many have had it once, if not twice or three times.

Wearing a mask on the streets of New York and Washington DC or inside shops and restaurants sticks out – we look like tourists.

But it’s exactly that ‘return to normal’ that the Prime Minister is in the US to tap into.

New Zealand is back open for business with borders open to tourists and airlines about to relaunch, and in some cases start new direct routes between Auckland and the US.

Chicago, New York, Houston—the options for travel are ramping up.

As the country’s leading and most recognized ambassador, Jacinda Ardern is selling the message to Americans to come spend their winter in our summer.

The platforms she has had to sell that message have by no means been small.

The Late Show with Stephen Colbert reaches millions, as do the Travel magazines whose editors she had a meeting with just hours after she touched down in New York.

The NRA has its annual convention in Houston, Texas this weekend and is moving ahead with it despite the school shooting days ago and intense scrutiny of gun rights.

Occasionally in the past week there have been reminders of a global pandemic and continues to sweep the world.

Hotels no longer have restaurants open, for example.

They all shut due to Covid and until tourism is back to normal levels, they’ll unlikely reopen.

Even tea and coffee facilities were stripped out of rooms and for the most part haven’t been returned.

And while people in the US are very much trying to move on, the regulations around entering the country are still stricter than many parts of the world.

Ardern had to scrap the Los Angeles leg at the start of the trip because she wasn’t allowed to land on American soil until 10 days after her positive Covid result.

Pre-departure testing is still required and as for the White House, there are even stricter protocols around entry, although there doesn’t seem to be any set of written rules.

Some staff had to spend three weeks away from the White House precinct after testing positive before being allowed to return and that loose requirement has prevented Ardern’s ability to lock in a meeting with President Joe Biden.

There is no scientific logic to the three-week rule, given the broadly accepted advice is that people don’t transmit the virus after two weeks.

But then there’s no clear explanation for why visitors to The Capitol wouldn’t be allowed to carry water bottles or snacks in their carry bags either. Yet we all found that out the hard way when Ardern visited Senators and members of Congress for a series of meetings on a warm Washington day.

News broke on Friday NZT that a meeting had been secured with Biden and Vice-President Kamala Harris next week – after Memorial weekend when much of the country shuts down.

By then, Ardern will be 18 days past her positive result.

That’s the political leg of the trip finally locked in after clear indications for most of the week that a deal had been struck, but no ability to announce it until the White House was ready to do so.

Biden being out of the country in Asia slowed that initially, and then on his return the horrific details of an elementary school shooting in Texas hit headlines.

It’s the deadliest school massacre since Sandy Hook in 2012 with at least 19 children killed and two adults.

Unsurprisingly White House and nationwide attention turned to that.

It’s been the only news in town since it happened on Wednesday NZT, and it has reshaped Ardern’s visit.

Her big tourism and trade messages are still being conveyed, but it’s gun law reform in the wake of the Christchurch mosque attacks that Americans want to talk to her about.

It started almost immediately after the shooting took place when she appeared on The Late Show and Colbert had rewritten much of the show at the last minute to discuss gun reform.

Ardern is having to carefully balance her words between being open and honest about why New Zealand banned semi-automatic weapons but without telling the US they should do the same.

It took up a large chunk of her time while in Washington for a day and is expected to be raised when she returns to visit the White House.

America is as patriotic a country as they come. Everywhere you go there are US flags flying high, or in many cases half-masted out of respect for those killed in Texas.

But while that flag represents an unwavering bond, it also represents a constitution and freedom of rights that have long included the right to bear arms.

The Uvalde shooting won’t change gun laws in the US – at the most it will start a conversation.

Senators who support significant reform are in the minority.

And while Mitt Romney, the Republican Senator for Utah, happily met Ardern this week and told media he supported some reform, he also receives millions in donations from the National Rifle Association (NRA), as do many others.

The NRA has its annual convention in Houston, Texas this weekend and is moving ahead with it despite the school shooting and intense scrutiny of gun rights.

Trade is the other big motivation for Ardern spending such a long time in the US – she will have been gone 10 days by the time she returns home on a commercial flight to avoid an even longer stay traveling back on the NZ Air Force plane.

But after more than two years not being able to connect with world leaders face-to-face, and an election next year that will mean a domestic focus, Ardern only has the next six months to be an ambassador for Brand NZ.

There has been no greater time to connect or reconnect with allies.

As the country’s biggest and most recognized Ambassador, Jacinda Ardern is selling the message to Americans to come spend their winter in our summer.

Covid has changed the world and every leader is looking for new trade and tourism opportunities for their economies to bounce back and recover.

China’s influence in the Indo-Pacific region means New Zealand and other nearby countries called for the US to return and that call is being answered.

From a trade perspective, Ardern is the person who can secure high-profile meetings.

The business delegation, which includes the likes of Silver Fern Farms, Zespri, Tourism NZ, Fonterra, Straker and New Zealand Merino, have been getting their feet in doors they’d never be able to open on their own.

Given New Zealand has no free trade deal with the US and the newly announced Indo-Pacific Economic Framework isn’t a traditional trade instrument, business delegates need the face-to-face meetings to break into or grow in the market.

Wiping a week or more from their own busy diaries isn’t a small commitment so it’s a gamble that whatever the Prime Minister’s office pulls together is worth their time.

A last-minute scramble due to Ardern’s positive Covid result has meant the itinerary has shifted around a lot and that has made it difficult for the business delegates to set up any of their own meetings ahead of flying out.

But the consensus from them is that the trip has been a success – even if a cup of decent coffee and toilet breaks have been few and far between.

There are 14 flying legs on this trip with a back and forward across the continent twice.

The NZDF plane has become something of an office for media, the business delegates and Ardern and her team.

Interviews take place on the flights as does writing of stories and scripting 6pm television tracks.

The NZDF runs the flights and has provided some culinary delights (the gnocchi and seafood linguine were absolute highlights) and when work isn’t being done there’s a wine or beer available too.

A note to readers though, media organizations pay their own way on these trips – this is not a government-funded junket.

The latest trip, Boston to San Francisco, resulted in the row of seats surrounding this reporter looking like a murder scene after being too slow to stop a glass of red wine slide off a table tray when turbulence hit.

The overnight hotel bath has been a soaking bucket for what was a brand-new white tee shirt, and a now tie-dyed skirt and jacket.

The only saving grace was that a colleague two rows in front made the same mistake, however she had the smarts to be dressed in all black.

This is the second overseas trip with the Prime Minister this year and plans are already firming up for at least another five.

Those traveling on the NZDF flights end up becoming a mini village during the time spent together.

Never was this more on display than when Ardern got on the in-flight PA system to announce a member of the NZDF flight crew had reconnected with a long-distance boyfriend while the delegation was in Boston and had got engaged.

There were cheers all round and the poor man had to retell what was an incredibly romantic story of the proposal to almost every passenger on the plane – lucky it was a six-hour flight to get around everyone.

This is the second overseas trip with the Prime Minister this year and plans are already firming for at least another five.

International work trips don’t come without their roadblocks and the threat of Covid is always there.

But if the US is anything to go by the world is slowly but surely changing.

There are once again lines to get up the Empire State building and every city has tourists hanging out of hop on-hop off buses doing laps around the bustling streets.

New Zealand isn’t quite there yet. But if even a fraction of the Ardern people has reached with their “we’re open for business” message on both the Asia visit last month and the US this week board a flight down-under – it really won’t be long before booking to experience our most famous scenic and tourist attractions is once again near impossible. 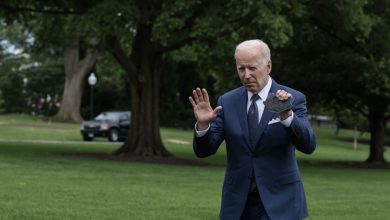 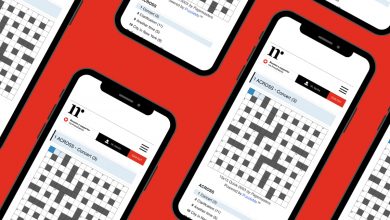 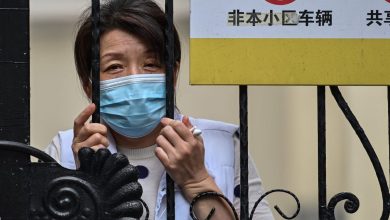 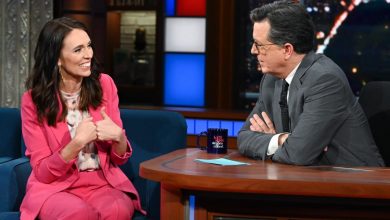