Facebook Twitter LinkedIn Tumblr Pinterest Reddit VKontakte Odnoklassniki Pocket
In fact, the matter seemed clear. At 6 p.m. on May 14, 2022, Daniel Fischer was standing in his Audi A4 Avant (built in 2016, 70,000 kilometers) in Hamburg’s rush-hour traffic. A Smart driver couldn’t brake in time – and crashed into the rear of the Audi. The person who caused the accident reported the damage to his insurance company, HUK.
On May 19, a TÜV expert inspected the car. The bumper was broken, in the end the expert estimated the damage at 3674.13 euros plus 752.08 euros for the report. He mentions several scratches as previous damage, which he deducts from the repair amount at 100 euros. On June 7th the damage was repaired. 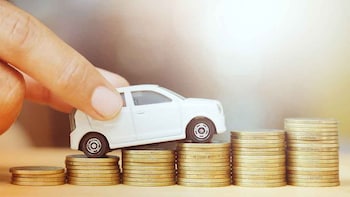 And then mail came. On June 14, HUK Fischer sent a letter in which they refused to regulate (partially comprehensive or rather fully comprehensive?). She used a total of five court judgments as the reason for this, the text was difficult for a layperson to understand. The core sentence was: “Since it cannot be ruled out that the damage claimed also stems from the earlier event, we reject the settlement.”
The HUK therefore assumed that Fischer might want to settle an old claim twice. And indeed, at the end of 2017, someone had already hit Fischer’s Audi (when is a car an accident vehicle?). Damage at that time: 1198 euros. The 31-year-old can present the invoice from the VW dealership. It was paid for by the other party’s insurance company. And it was called: HUK (advice on changing insurance).

Now the Coburg company apparently did not want to pay for Fischer’s rear end damage again. The IT consultant turned to the renowned Hamburg traffic law firm Ochsendorf & Coll. Around 30,000 insurance claims are processed there every year. JUDr. Frank Ochsendorf says: “The insurers are hiding behind the fact that they want to prevent cases of fraud by billing a claim twice. In principle, there is nothing to be said against it. Particularly rabid insurance companies, as in this case, simply say: ‘Then complain.’ They know that this is associated with high costs.”

And Fischer has no legal protection insurance. “Basically, all insurers do this,” says JUDr. Ochsendorf. “But the HUK is the most innovative company.” After all: “The case law of the BGH in such cases is now much more consumer-friendly,” says the lawyer.

In Internet portals, many customers complain about the efficient methods of the HUK. When asked by AUTO BILD, she said: “It is undisputed that Mr. Fischer’s car had previous damage at the time of the accident, which was in the area that was damaged again. The expert also took this into account in his report and deducted a compensation amount when calculating the repair costs . From our point of view, it was too low. That’s why we asked his lawyer for a more detailed explanation.”

Unfortunately, the HUK has been waiting for his answer for over two months, it is said. “We want to reach an amicable agreement, so we have now checked the matter again. Since we did not have any more detailed information, we have now determined the extent of the damage ourselves. To do this, we have identified the positions of the bumper cover affected by the overlapping damage and their paintwork calculated from the repair invoice and adjusted accordingly. Should Mr. Fischer’s expert have any objections, we would be happy to discuss them with him.” That sounds like a quick fix.

If you have trouble with insurance but no legal protection, you can contact a free arbitration board. The Berlin-based ombudsman for insurance companies has existed since 2001. It is a neutral, independent authority. 95 percent of insurance companies in Germany have joined the system.

The procedure is free of charge for the insurance customer and usually takes less than three months. The success rate is more than 40 percent. The ombudsman makes decisions in accordance with the law – just like a judge.

If the amount in dispute is less than 10,000 euros, the insurance company must comply with the ombudsman’s decision. For higher amounts, he makes a non-binding assessment. In 2021, 14,000 complaints were dealt with. Info at: www.versicherungsombudsmann.de