The outgoing president on Wednesday became the first president of the United States to be impeached for the second time in Congress, a week before the end of his term which ends in a climate of extreme tension.

The outgoing president on Wednesday became the first president of the United States to be impeached for the second time in Congress, a week before the end of his term which ends in a climate of extreme tension.

(AFP) – 232 votes against 197. The House of Representatives, dominated by Democrats, voted Wednesday in favor of this historic “impeachment”. The 74-year-old Republican billionaire, who will give way on January 20 to Joe Biden, 78, is accused of having encouraged the assault given on January 6 by his supporters on Capitol Hill that killed five and shook American democracy . 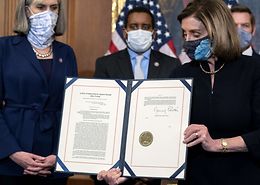 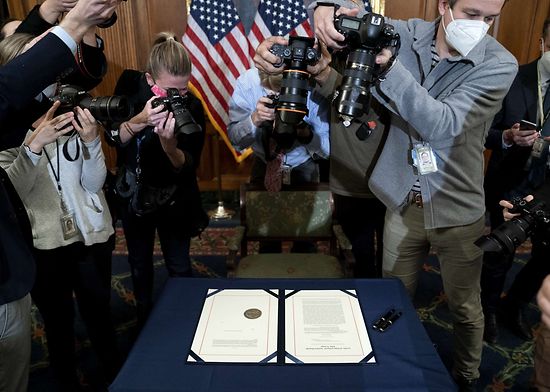 Click on an image to open the photo gallery 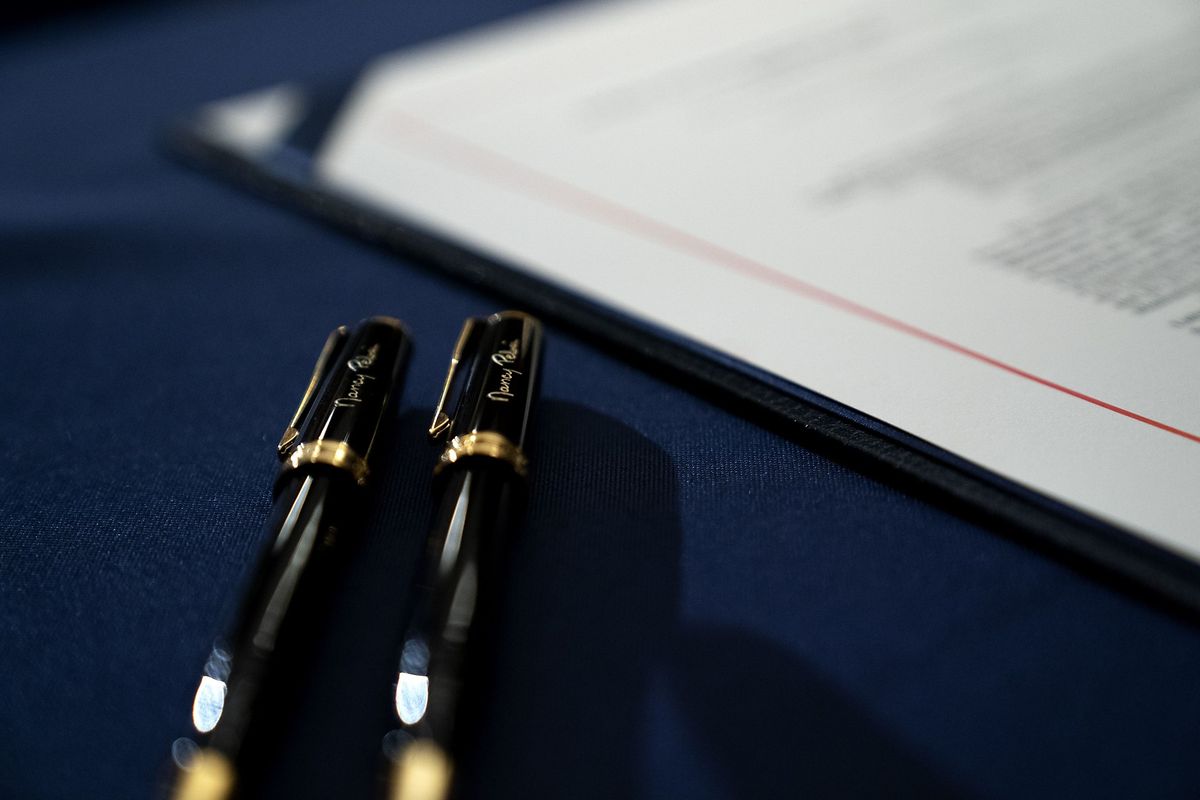 The House of Representatives voted on Wednesday in favor of this historic “impeachment”.

The House of Representatives voted on Wednesday in favor of this historic “impeachment”.

“No one is above the law, not even the president,” said Nancy Pelosi.

For the outgoing president, this is a second historic “impeachment”.

“He must leave, he is an obvious and immediate danger against the nation we all love,” said Nancy Pelosi, the Democratic Speaker of the House, accusing him of having “incited this insurrection, this armed rebellion. “. “No one is above the law, not even the president,” she commented after the vote.

In a video released by the White House, Donald Trump called on Americans from the Oval Office to “unity”, without mentioning his infamous second referral to trial. And if he still does not recognize the slightest responsibility for the violence of last week, he assured that their authors could not be his “real supporters”. A few days before his departure for Mar-a-Lago, Florida, where he should begin his new life as a former president, Donald Trump appears very isolated.

Contrary to the act of impeachment in the Ukrainian case more than a year ago, adopted by the Democrats alone, ten Republican deputies voted this time in favor of referral to trial. Among them, Dan Newhouse insisted that there was “no excuse for the actions of President Trump”. This vote marks the formal opening of the impeachment procedure against Donald Trump, and it is now up to the Senate to judge him.

But this trial, which will not open before Joe Biden comes to power, raises many questions. “There is simply no chance of being able to conclude his trial in a serious and fair manner before the swearing-in of the president-elect,” said the leader of the Republicans in the upper house, Mitch McConnell. The timetable therefore remains uncertain.

For Democrats, the risk is that it monopolizes all the attention and obstructs legislative action at the start of the mandate by monopolizing the sessions. “I hope the Senate will find a way to manage their constitutional responsibilities regarding the impeachment trial, while conducting the urgent affairs of the nation,” asked Joe Biden, citing among other things the confirmation of members of his cabinet, the relaunch the US economy, and the continuation of the covid-19 vaccine distribution plan.

A few hours before the vote, and in a city of Washington under high tension, Donald Trump had launched a new late call for calm. “NO violence, NO crimes, NO vandalism,” he urged in a statement as new protests are announced for the weekend. The federal capital, placed under very high security, was unrecognizable.

Military at the Capitol

Striking images: Hundreds of military reservists spent the night inside Congress, still sleeping on the floor as elected officials poured in. Concrete blocks have been placed to block the main axes of the city center, huge metal gates surround many federal buildings, including the White House. The National Guard is everywhere. Throughout the day, the debates were lively.

Hundreds of military reservists spent the night inside Congress.

The elected Democrat Ilhan Omar called Donald Trump a “tyrant”. “We just can’t turn the page and do nothing,” she said. Among the Republicans, the positions were more contrasted. Fervent supporters of the Republican billionaire defended him tooth and nail, like Jim Jordan who denounced “an obsession” of the Democrats.

But others have clearly distanced themselves. “The president bears responsibility in the attack” against Congress “by rioters”, which he “should have denounced immediately”, recognized the leader of the Republican deputies Kevin McCarthy, asking for a “commission of inquiry” and the vote of a “motion of censure”. However, he felt that an indictment so close to the end of his term would be “a mistake”.

But in his camp, few elected officials share this analysis. More worrying for the billionaire and his possible political future, Mitch McConnell made it known that he did not rule out voting his conviction. “I have not made my final decision on my vote, I intend to listen to the legal arguments when they are presented to the Senate,” he wrote to his Republican colleagues in a note made public.

This clever, very influential strategist could, if he gives a signal in favor of condemnation, help the Republican Party to turn the Trump page for good. Democrats will take control of the upper house on January 20 but will need the rallying of many Republicans to achieve the two-thirds majority needed for conviction.

Despite his displayed confidence and the support of some very loyal elected officials, Donald Trump is more alone than ever after a series of resignations from his government and scathing criticism. Criticized for having delayed, last Wednesday, in sending the National Guard, the Pentagon this time authorized the deployment of 20,000 soldiers for the inauguration ceremony scheduled for January 20 precisely on the steps of the Capitol, seat of Congress.

Netflix is ​​raising prices in Germany

This pan should not be missing in your kitchen

So many divisions around a single ticket

America opens a new chapter in its history

19 hours ago
Check Also
Close
Featured Posts
Why critical Chinese disappear: ‘No one is bigger than the party’
20 mins ago

Why critical Chinese disappear: ‘No one is bigger than the party’

Pam: “Do all dates have to sleep through curfew now?”
31 mins ago

Pam: “Do all dates have to sleep through curfew now?”

VAT remains at 5.5% for the installation of home charging stations
50 mins ago

VAT remains at 5.5% for the installation of home charging stations

The four classes from Jack Jeanne presented in videos