Facebook Twitter LinkedIn Tumblr Pinterest Reddit VKontakte Odnoklassniki Pocket
In his new show Sidney Hoffmann is looking for “Tuning Trophy Germany” together with other jurors the best tuning car in Germany. On the show that from September 27th on DMAX runs, tuned cars of various styles take part, from show & shine mobiles to drag racers, everything is included. One The combination of show and race is the 1992 Toyota MR2 from Christian Müller. The owner of RHD Speedmaster has owned the car for around 25 years and has converted the mid-engine sports car according to all the rules of JDM tuning. A Appraisal in the amount of a new Porsche 911 price proves how much money and effort the renovation cost.

Front hood wing for contact pressure on the front axle

The financial outlay is already visible at first glance. Of the silver paint comes from Lamborghini and was refined with a black roof and front hood. A body kit with parts from Border, Quas and Poster ensures an extra sporty appearance, while wider fenders make the car look sturdier. It is even more brutal than the APR carbon rear wing Phoenix Power spoiler on the front hood. With the rear-heavy weight distribution of the MR2, the part provides the necessary contact pressure on the front axle and is actually registered. Because like almost all parts of the car, the spoilers are from the 90s and were then checked, regulations in terms of pedestrian protection were not as strict as they are today. If you wanted to register such a conversion in 2021, the TÜV sent you back directly from the farm.

Further modifications to Müller’s MR2 concern the (legal) underbody lighting, Double doors and the super rare ones white TOM’s Racing taillights. According to Müller, these are only supposed to have been produced about 100 times and have a new value of around 2000 euros. In addition to the sports steering wheel and König bucket seats including harness belts, a complete roll cage was also installed in the interior. To be added Covers in fake snakeskin on many surfaces.

At the Reisbrennen tuning meeting, Müller won first place in the “Show & Shine” category. Only to then take the crown in the 1/4 mile race. Because behind the two occupants there is a real powerhouse of engine. Instead of the original two-liter vacuum cleaner with 175 hp, Müller transplanted the 245 hp Two-liter turbo from a Japanese MR2. With countless renovations, the performance rose to a phenomenal level 654 hp at around two bar boost pressure. Among other things, one is responsible for this Stroker kit from Jun that increases the displacement to 2.2 liters. Crankshafts and camshafts, connecting rods, intake manifolds and more come from the same manufacturer. A second article would be needed to list the entire engine spec list.

In order to get the thermals under control, a water-cooled intercooler, oil cooler, heat exchanger, two electric fans and a water injection system were introduced. Two Do-Luck air scoops push airflow into the engine compartment. The power for the Everyday operation throttled to 400 hp will. To keep the performance in check, a Movit brake, a KW coilover kit variant 3 and strut braces from Japspeed and Cusco are installed.

The H mark is possible in one year

Christian Müller would never give up his sweetheart. With all the effort invested, it’s no wonder. In addition, the Current value of the tuned MR2 at 98,000 euros only 10,000 euros under a brand new Porsche 911. Nice: Because the conversion work is all contemporary, the MR2 could get an H license plate from 2022. Before he turns 30, he has to show what he’s made of at the Tuning Trophy Germany. From September 27, Müller’s MR2 will compete on DMAX against Opel Corsa B and VW Golf GTI Edition 30.

Mozilla VPN: How to Use Mozilla's VPN Service 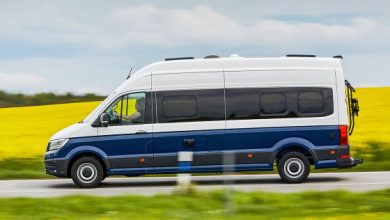 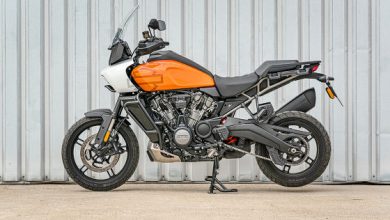