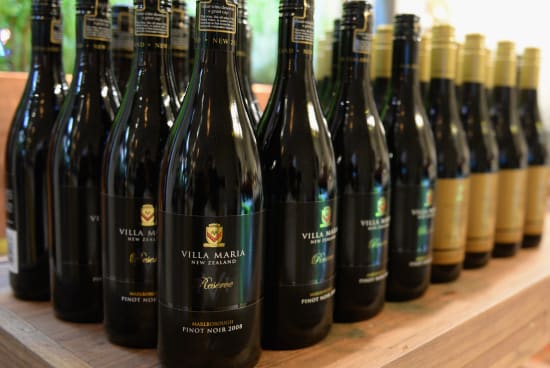 The receivers of the Villa Maria wine empire are seeking to retain $5 million from the receivership proceeds to fund their legal defense against claims brought by the wine business’s former owner.

Last May, FFWL was put into receivership. A receivers’ report later revealed the company owed Rabobank and ANZ about $212 million and Indevin New Zealand purchased the Villa Maria Estate business for $190m.

The winery’s treasured Mangere site, which doubled as a concert venue, ended up in the hands of Goodman Property Trust for $75m, but Fistonich believed the land was valued at a much higher price than that.

At the High Court at Auckland on Tuesday, Fistonich was seated in the public gallery, joined by his wife and other supporters.

The receivers said at the time the claim would be “vigorously defended”.

“The receivers have been very considered and careful about the processes followed in the receivership and have acted in the best interests of parties in accordance with their obligations,” according to the receivers’ report.

Through his lawyer, James Farmer QC, the court heard on Tuesday that Fistonich also claimed the receivers were not entitled to retain the money to fund their legal defense against his challenge because the claim relates to alleged wrongful conduct of the receivers during the land sale process .

The court heard that the applicant would also be filing a claim that the receivers allegedly acted negligently by selling the land at a price under value, breaching their statutory duty under Section 19 of the Receiverships Act 1993.

He claimed this denied him right to redeem his debt by preventing him from selling the land at a much higher price, with some funds then used to repay this debt.

The receivers sought to retain $5m in total, made up of $1.5m for costs incurred by the receivers and $3.5m for legal costs.

Farmer QC said that while a defendant could apply for security of costs, it would be very odd in any other legally proceeding for an applicant to be forced to front money for costs.

“It is a very unusual, in fact unknown situation, for defendants to say [the applicant] has to pay my costs, as well as your own.”

Farmer QC said the $5m seemed to be “an enormous sum of money” and the applicants would take exception to that sum if right of retention was granted.

He argued it would be reasonable to expect the receivers cover costs, particularly if the matter related to a challenge of the entire receivership process.

In response, Adam Ross QC, representing the defendants, said the $5m sum for costs was not unreasonable.

He said it was reasonable to expect that the litigation would be expensive, given the value of the land and assets as part of a “complex business with a lot of moving parts”.

Ross argued the receivers had the right to hold money to defend both existing and impending claims, as the nature of the receivership process meant there was a high chance there would be no funds left over to cover legal costs otherwise.