You should buy this golf!

Seven engines, three design lines, from 19,995 euros – there is a large selection for the VW Golf 8. Here is the buying advice for Germany’s best-selling car.

Dhe golf is a phenomenon. When it was presented in 1974, hardly anyone believed that it could repeat the success of the Beetle. The change was too radical: from rear-wheel drive to front-wheel drive and engine, from air to water cooling, from round and cute to angular Bauhaus design. Nevertheless, Volkswagen has sold the Golf more than 35 million times since then. Alone in Germany more golfers roll onto the streets each year (204,550 in 2019) than Hyundai and Kia drop overall (199,116). All the more painful for VW Headlines 2019. First, massive software problems in development were reported, then it started Golf 8 later than planned. And with fewer engines and equipment.

The offer at Germany’s bestseller is large 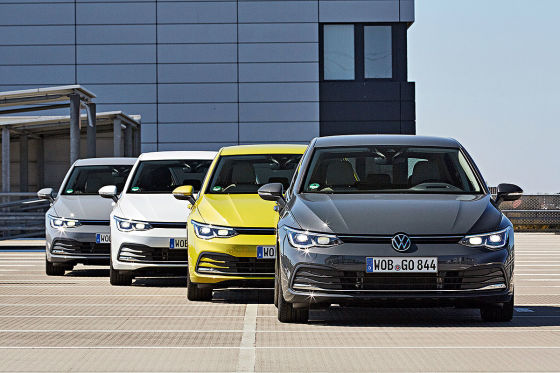 Meanwhile seven engines can be ordered from the small three-cylinder 90 HP for 19,995 euros (savings at carwow.de up to 2201 euros) by 150 hp diesel with standard double clutch from 32,790 euros (Savings at carwow.de up to 4973 euros). Join in numerous extras, especially digital ones – we took a close look at the Golf and say what makes sense. And what not. And above all, which golf suits whom. Let’s start with the Equipment lines. The The basis is simply golf, it is only available with the two smallest motors. Means: Either there is the 1.0 TSI petrol engine with 90 hp for 19,995 euros and 110 hp for 22,620 euros or the 2.0 TDI diesel with 115 hp for 25,630 euros. Sounds like a lot of money, but VW actually has the Golf richly equipped. So are LED headlights, among others digital cockpit, keyless start system, radio as well Navigation and air conditioning always on board. This is the good news – if you are economical, you don’t need any extras.

Not all extras are available for the basic golf 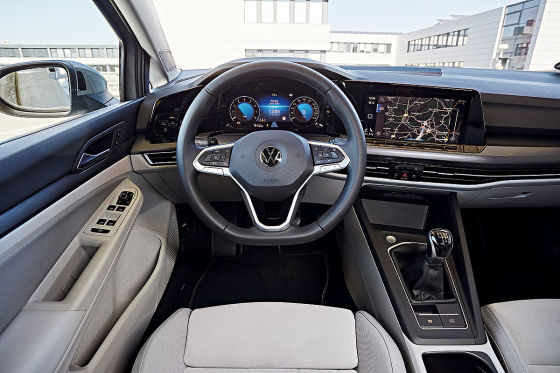 In the eighth generation, the golf cockpit is fully digital. But it only gets really chic from “Style”.

But who some nice details wants to have to look carefully, some (some important) Special equipment are current for the basic golf not available: the glass sunroof (otherwise 1080 euros), the Matrix LED headlights (otherwise from 1125 euros) Chassis control DCC (otherwise 1045 euros) or incomprehensible (because it is about security) Side airbags in the back seat (otherwise 530 euros) and some Driver assistance systems like ACC cruise control with Stop & Go or the “Side Assist” blind spot warning (otherwise in a package from 650 euros). So if you value one of these extras, you have to Equipment line Life choose. it costs at least 24,945 euros, the smallest petrol engine with 90 HP is not available here. Always in addition to the base on board: Park beeper front and rear, ten-color ambient lighting, a center armrest at the front and one wireless charging function for smartphones, height-adjustable comfort seats at the front and 16-inch alloy wheels.

The cheapest engine is from 90 to 110 hp performance-enhanced Three-cylinder, are different from the base all four-cylinder petrol engines with 130 HP, 150 HP and 150 HP with mild hybrid system as well as both diesel with 115 and 150 HP available. A special feature of the currently still limited freedom of choice: the petrol engines without mild hybrid and the small diesel with 115 hp are only included Six-speed manual transmission The 1.5 eTSI and the large diesel with 150 hp have the DSG dual clutch transmission as standard.

The large diesel is economical and sovereign 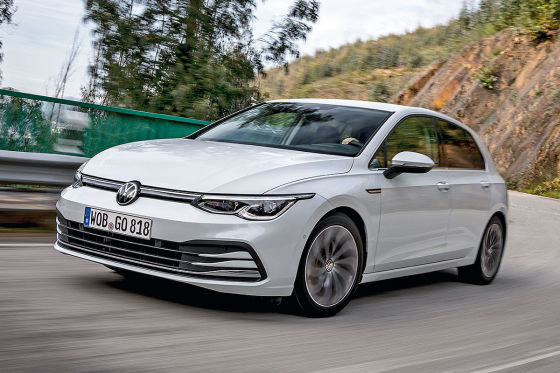 Almost a feeling of luxury: the 150-hp TDI motorizes the Golf with ease, the speedometer reaches 223 km / h.

Our recommendation: If you don’t drive a lot, you’re with 130 PS petrol engine (from 26,460 euros) already well served. The Mileage are enough, thanks to the high torque (200 Newton meters at 1400 revolutions) you feel never underpowered. And the consumption remains within the frame, VW specifies 4.7 liters per 100 kilometers. It’s easy in everyday life a five before the decimal point, Values ​​that only diesel reached until a few years ago. Both Diesels the higher performance level with which 150 hp engine and DSG there is almost a feeling of luxury. On the freeway the (currently until the GTD arrives) reaches the top TDI speedometer 223, but still comes along easily in everyday life under five liters off, VW promises 3.7. However, here are already at least 32,790 euros due. Astonishing for the petrol engines: The three-cylinder with 110 PS and the “big” 1.5 eTSI with 150 PS and DSG come on the exactly the same consumption value, both are given as 4.6 liters per 100 kilometers. In everyday life, this should turn in favor of the mild hybrid.

With the eTSI, the DSG overcomes its starting weakness 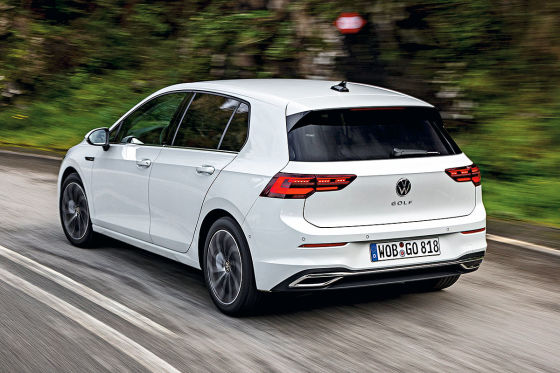 The mild hybrid eTSI has an E component that supports the Golf when driving off and saving.

The E module sends the incinerator a break a surprising number of times (for example when rolling up to the traffic lights), not only supports when starting and irons the otherwise known combination of TSI and DSG Starting weakness skillfully, but also one or the other Torque hole when accelerating – feels like significantly more displacement than actually exists. Speaking of starting weakness: VW has one little trick come up with. If the Golf detects that the front car is starting, the engine jumps a few milliseconds before driving off, before you take your foot off the brake. Let’s get to that highest equipment line style, it is only with it that the Golf becomes as chic as it looks in advertisements. it costs at least 28,735 euros, 17-inch aluminum wheels, three-zone automatic climate control with allergen filter, which are (highly recommended) ergoActive seats With electrically adjustable driver’s seat as well as the assistance packages “Travel Assist” and “Lane Assist” on board, they include automatic distance control ACC and a multifunction camera.

The conclusion: In our tests, the new Golf showed that whether you like it or not, it is again the benchmark for compact vehicles. Now VW is likely to deliver a few more engine and transmission combinations. And also offer security extras for the base. In the picture gallery there are further details and the three golf variants that we recommend.