What is an emoji and what is an emoticon? What do the emojis mean that we use every day on Whatsapp and Co.? An overview.

On social media we come across the little pictures everywhere – smiling faces, colorful hearts, animals, food and much more. What we like to refer to colloquially as a smiley actually bears the name

and helps to express ourselves non-verbally in chats and texts. Since a large part of communication now takes place in this form, the importance of emojis – and their number – has grown rapidly. We explain to you what emojis actually are, how they differ from emoticons and what effect and meaning they have.

What is an emoji?

The term itself comes from Japan and is made up of “e” for image and “moji” for characters. The software engineer Shigetaka Kurita is considered to be the inventor of the colorful pictures, who designed them as part of a marketing campaign for a mobile phone provider. Since 2010, emojis as we know and use them today have also been available on our smartphones.

Emojis are images or pictograms that represent faces, people, objects and many other associations. Through them we express facial expressions and gestures that are difficult to achieve in a purely digital, textual form. Each emoji has its own Unicode and new ones are added every year. You can find a current list here.

What is an emoticon?

While emoticons have the same purpose, they are just short strings of characters (letters, symbols, numbers) and are known to be rotated 90 degrees. Typical emoticons are

as a grinning face or “smiley”,

as a surprise reaction or

as a heart symbol.

The term is derived from the English words “emotion” and “icon” (sign). In the meantime, emoticons are automatically converted into emojis in many programs and online services because the image version is much more expressive and also offers more variation in facial expressions or other features (such as hair or skin color in people). In this sense one could also say: a smiley is a specific emoticon and an emoji is an emoticon in the form of a picture.

Use and effect of emojis

Emojis replace our non-verbal communication – to a certain extent. When we talk, we also communicate with our body posture, our pitch and pitch of the voice, with facial expressions such as winks and smiles or various gestures. All of this is important so that our message reaches the other person as it is meant. This is not possible in a chat, which is why we (have to) use emojis in this case.

facilitates the understanding of texts immensely, as long as they are used in measure and “correctly”. Misinterpreted or too many emojis can lead to confusion and misunderstandings. Be particularly careful when you make ironic remarks or jokes, because this is where non-verbal communication is more important than ever. When using hand gestures, you should also know that they can mean different things in sign language or in other cultures.

taken into account: Texts with emojis appear looser, texts without them appear more serious and serious. This is the reason why emojis are used sparingly, if at all, in emails that are now mainly used for business or official purposes.

The most common and popular Whatsapp emojis

As many different categories as there are now – relatively few of them are used. After all, vehicles, food or weather are only used if they fit the content somewhere, while emotional emojis such as faces and hearts can be incorporated into all sorts of concerns. Therefore, particularly popular and therefore frequently used emoji groups have established themselves in the chat on Whatsapp, Facebook and other messengers:

In fact, with some emojis, their original meaning was completely different from the one for which they are now used. For example, this emoji 😪 is supposed to represent a sleepy face, but is understood by many as a sad or sniffy face. And the emoji that you mistakenly think is cheeky 😋 actually only enjoys a delicious meal. If you are unsure about the meaning of an emoji, you can visit this page, for example, which explains every emoji that has been available so far.

More information about Whatsapp and emojis can be found here: 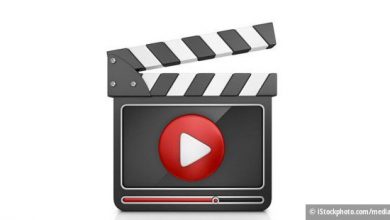