Facebook Twitter LinkedIn Tumblr Pinterest Reddit VKontakte Odnoklassniki Pocket
The proportion is growing and growing: Exactly 40 percent of all new registrations in Germany in the first eight months of 2021 had an alternative drive (electric, hybrid, plug-in, fuel cell, gas, hydrogen). In absolute numbers according to the Federal Motor Transport Authority (KBA): 726,340 of a total of 1,820,589 cars sold. And, above all: 421,262 new vehicles (23.2 percent) were equipped with an electric drive (purely electric, plug-in, fuel cell). The proportion of the fuel cell is practically negligible, but this means: More than one in five – or almost one in four, depending on your point of view – sold New cars in Germany in 2021 are electrified and use a plug, that is almost three times as many as a year ago (for advice on buying electric cars).

And the German manufacturers are now heavily involved in the market for e-cars: Bei Audi Exactly 70.4 percent of all models drive alternatively (as of July 2021); 22.3 percent (Audi e-tron, e-tron GT, Q4 e-tron; various TFSI e) partially or fully electric. Fitting: Just recently, the Ingolstadt-based company announced the end of combustion engines for 2026. Also at BMW More than half (54.2 percent) of all models are at least tinged with green, almost every fourth Bayer sold so far in 2021 (BMW i3, iX3, i3s; 2, 3, 5, 7 plug-in hybrid, X1, X2, X3 , X5 xDrive25xe) can be charged via a plug.

at Mercedes the alternative share rose to 40.2 percent, the vast majority of these models (29.7 percent of the total share) were e-cars (Mercedes EQA, EQB, EQC, EQS) or plug-in hybrids (Mercedes A-Class, B -Class Sports Tourer, E-Class, GLA, GLC, GLE). The mark VW, in the middle of the transformation process from diesel fraudsters to model manufacturers, has equipped 23 percent of the vehicles it has sold with a charging facility (VW E-Up, ID.3, ID.4; Golf and Passat GTE, Tiguan, Tuareg, Aerton eHybrid). Above all, E-Up and ID.3 made the Wolfsburg-based company with 41,724 e-cars sold (12.8 percent) Market leader in pure electric cars (BEV).

but why are e-cars and plug-in hybrid vehicles so popular in this country?? On the one hand, because of the electrical purchase bonus (environmental bonus) of up to 9,000 euros per vehicle. In the case of the innovation bonus, however, the requirements will be tightened by 2022, at least for plug-in models, which then have to demonstrate a minimum range of 60 kilometers instead of the previous 40 kilometers (or a maximum of 50 grams of CO2 per kilometer). It is even possible that the CO2 limit as a funding criterion will no longer apply on October 1, 2022, so that from then on only the minimum range counts.

There are also other advantages such as tax breaks and a rapidly growing range of e-vehicles. And apart from buying a new one, there are three ways to drive an e-car without financial risk: Rent, car subscription and, above all, the increasingly popular leasing. But this casts a small shadow on the radiant electrical balance sheet. Because even if there are now more private lessees than corporate customers: Many leased plug-in hybrids are likely to be company carswhose drivers often travel far and experience has shown that they are more likely to fill up with petrol or diesel thanks to a company’s fuel card, instead of charging the vehicle. Leasing companies repeatedly report hybrid returns whose charging cables are still in their original packaging in the trunk.

According to a Dataforce study from April 2021, the Corporate and fleet customer business the car trade ultimately generally relevant strengthened – and at the same time the Driven forward by electrification. So are meanwhile in the fleet market 25 percent of all vehicles fully or partially electric On the way. According to Dataforce, the most important arguments for purchasing e-vehicles from companies are one Image gain, government funding and the environmental aspect – in this order. But the main reason is this Desires of those entitled to company cars. “They really drive the ‘E’ issue, especially in large fleets – not least because of the extreme ones Tax advantages in payroll“, said the manager Katharina Wolff the branch service autoflotte.de.

An analysis by Transport & Environment (T&E) shows how important commercially registered cars are for the environment. So they are for around three quarters of the CO2 emissions from new cars responsible in Germany. In view of new, stricter climate targets, the environmental association calls on the government to to electrify all new company cars by 2030 at the latest. This would offer “an opportunity to let the market for electric vehicles gain momentum. Because they are moving into the used car market, more electric company cars mean at the same time Millions of affordable electric cars for all motorists“, says T&E Germany Director Stef Cornelis.

Like other environmental organizations, T&E often criticized them misleading consumption figures for plug-in hybrids – and thus their lower emission savings. The existing funding for electromobility in Germany encourages companies to buy short-term electric vehicles. 70 percent of the new plug-in hybrids would be commercially approved. The majority are Luxury models and SUVsthat under real conditions four to five times as many emissions eject as indicated. Cornelis: “The government must put an end to the promotion of environmentally harmful hybrid vehicles.” 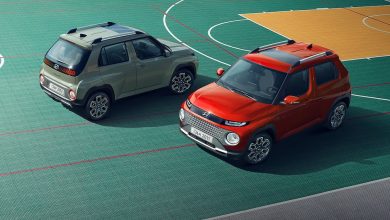 E-cars for the future: let’s not be unsettled! 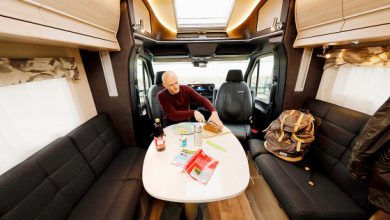 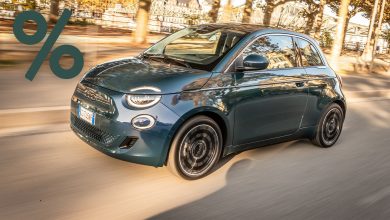