At some point you notice: the light appears darker, oncoming cars sometimes flash. Diagnosis: lamp failure. This also happens in cars with xenon headlights, which – until they were replaced by LED lights – recently represented the ultimate in light. Xenon burners should last around 3000 hours, depending on how often they are switched on. At some point the arc between the two electrodes becomes darker or no longer ignites at all. The best-selling burner type is called the D1S. It fits many cars that were built from the mid-1990s to around 2010. Then followed the mercury-free types D3 and D4. AUTO BILD has tested twelve type D1S xenon lamps.

The range of xenon burners of the type D1S is vast, all manufacturers promise the brightest light and the longest service life. Do you keep that? We’ll check it out and send it six inexpensive offers from online shops as well as established branded goods to the laboratory for comparison. The first problems exist with the Car Auto, RPC, Diamond and Gread models even before they are switched on: The standardized plug of the power supply does not fit into the imprecisely manufactured connections. Measurement engineer Markus Zahn can only push it in with a lot of strength. In reality are then Damage to Headlights programmed, because this threatens to break the sensitive suspensions of the movable reflectors. Which for the first time raises the question of how the Gread got its ECE approval. The other three named have none, which makes their use on public roads illegal, for example Expiry of the operating license and thus loss of insurance cover leads. Why do we test them anyway? Because they are freely available and the customer of the necessary permit if in doubt, don’t know anything.

* Purchase price of the test product

Many no-name lamps without approval

The lamp sockets also amazed the experts: These are actually standardized for the type, so that every light source can only be installed in headlights that have also been homologated. Car Auto, RPC, Gread and also Kiwitecc, however, have bases with a large number of recesses and lugs, so they can be also in Headlights for D2, D3, or D4 lamps set. It doesn’t make sense. And so the question arises, how did Kiwitecc get its certification mark? And which one? Because online the Kiwitecc will be with an E1, i.e. German permit Applied. However, there is an E4 stamp from Holland on the lamp. Then the next surprise: Before the photometric examination, each lamp is “burned in” for twelve hours in a defined cycle of switching on and off. The Kiwitecc starts to stink the first time it is switched on. The cause can be production residues or outgassing coatings. The problem: this one can be in Headlights knock down, blind him from within and thus reduce the brightness considerably. 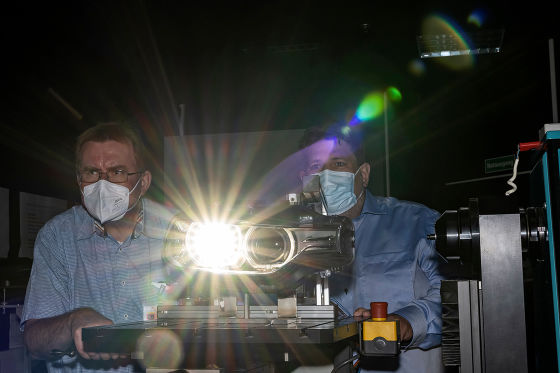 What kind of shadows are these? The spotlight shines on a white wall, errors are noticed immediately.

With some candidates you should put the word “brightness” in quotation marks anyway. Prince of Darkness is the Greadwhich is only about half as bright as the good brand lamps. But that’s not all: between the first measurement fresh out of the box and the second after twelve hours, it loses a further 2.2 percent brightness. the Philips X-treme, on the other hand, increases by 18.4 percent during the burn-in process! And thus also delivers the largest Range in the test. The one lux line (lux: unit of measurement for illuminance) is 123 meters in front of the vehicle. Means: At this distance you can still read the newspaper. Or recognize an obstacle on the road. With the Gread in the headlight it is only visible 38 meters, or (at 100 km / h) 1.4 seconds later. But the cheap lamps also have their good points: where there is no light, nothing can dazzle – after all. But even the happy winners keep a sufficient distance from the permissible limit values.

The question remains about that Price-performance ratio. In any case, 5.99 euros is too much for a pair of lamps that don’t have any permit and there is too little light. Almost scandalous: 50 euros for the Diamond, which can’t do anything better. On the other hand, 28 euros more for the excellent standard lamp from Osram looks like a special offer. This means that the “very good” Osram Xenarc Original has won the price-performance-winner title.

The range makes the difference

The good lamps in the test create one Range of up to 123 meters, the worst just 85 meters. The latter is less than with halogen lamps, even the aging H4 technology reaches over 100 meters. Means: Obstacles are recognized much later with such botch lamps, the advantage of xenon headlights – high Range, homogeneous and bright illumination – does not come into play at all.
Conclusion on the xenon burner test: Headlights are optical precision devices, so they should be handled with care. Even when choosing the right lamp. With xenon light in particular, it is again evident that only the big brands have mastered this technology.

Test winner: the best xenon lamp in the test

The overall best result creates the Osram Xenarc Cool Blue Intense NG with 53 out of 55 possible points. It achieves top values ​​when measuring luminous flux, geometry and brightness. Only in the Range and in the case of glare, it must leave one point at a time. But that’s still enough for them Grade “very good” and victory. Even if it was a close victory, because the other brand burners are also hot on the heels of the top grade with 52 and 51 points respectively. With a price of 93.95 euros per pair, it is almost cheap compared to other branded products – but that’s not enough for the price-performance victory. 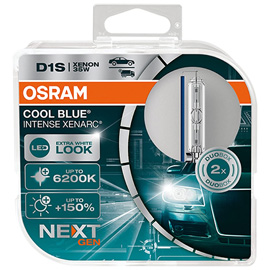 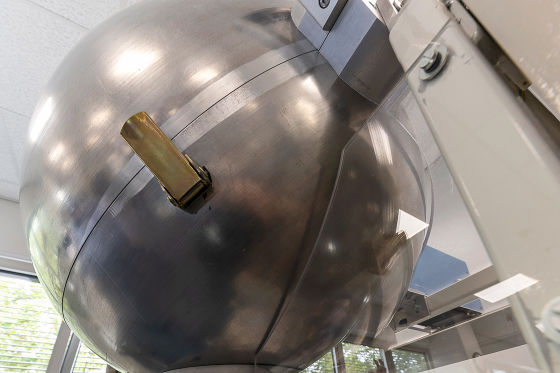 Measuring station: the integrating sphere is white on the inside, where the luminous flux is determined.

The test was carried out in the certified light laboratory of Osram GmbH in Berlin, Department Development Automotive HID, under the direction of Dr. Peter Flesch and Dipl.-Ing. Markus Zahn. HID means High Intensity Discharge, i.e. gas discharge light. The test was carried out in accordance with the guidelines of ECE rule R99, which concerned the part of the individual lamps; and in accordance with ECE rule R98, which describes the technical lighting data in connection with the headlight. This comes from a BMW 3 Series of the F30 series (2011-2019) and works with a projection module. The light is sent through a lens, similar to a slide projector, and unwanted illumination is prevented with a correspondingly shaped aperture. Before the test, each lamp was burned in for twelve hours in defined switch-on and switch-off cyclesto achieve a stable state. After all: In contrast to the past, the cheap lamps also lasted.

In the EU, everything in the Road traffic is safety-relevant, is approved by test centers and carries a test mark after passing it. It looks like a Oval with an E followed by a number. In this case E1 for Germany. Instead, Diamond, Car Auto and RPC print an E11 on the housing, which should give the impression that the lamp is ECE-approved. But they are not. Diamond also writes “e-certificated” on the packaging, which certainly constitutes fraudulent misrepresentation. Because with a light color of over 6000 Kelvin, the lamp is not approved. Gread and Kiwitecc, on the other hand, have a seal of approval, but one wonders how they got it. Because there is a lot wrong with them too. As after every lamp test so far, work is waiting for the Federal Motor Transport Authority. Because passing the test also includes correctly printing the test mark.

This must be taken into account when replacing the xenon lamps

It only makes sense to replace the lamp on the xenon headlights in pairsIn the case of xenon headlights this is due to the high voltage (switch-on pulse 25,000 volt!) is definitely a workshop matter. The same applies to all lamps: Without a perfect setting by a professional, no headlight will achieve optimal illumination. Even a few millimeters too deep make several meters at the end of the long cone of light; on the other hand, if the setting is too high, it will dazzle oncoming traffic. Therefore: it is essential to go to the light test in October.

PC doesn't recognize cell phone - you can do that